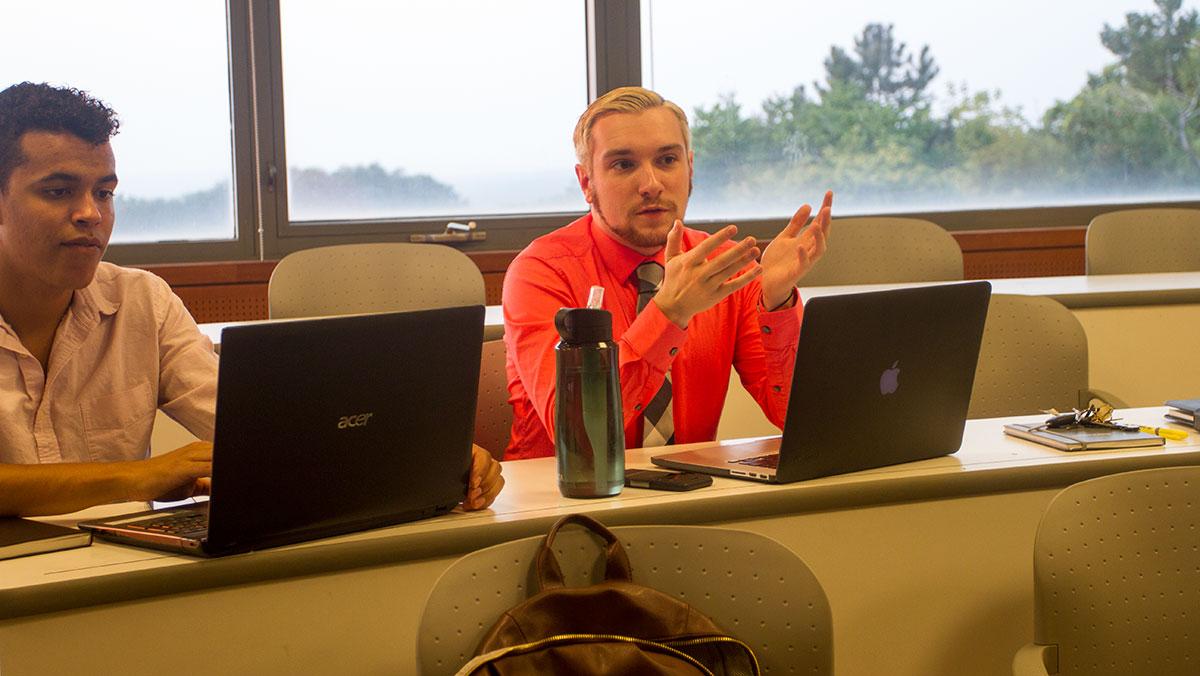 What happened Oct. 9 was unacceptable and heartbreaking. Many of us refuse to acknowledge that something like this could happen on Ithaca College’s campus, but there we were, thrown into a situation of clear racism and discrimination yet again. It was a low moment for the college’s campus as a whole and showed a clear disrespect for African, Latino, Asian and Native American students.


While I acknowledge the event and the absolute travesty that it was and could’ve been, I would like to highlight those of us who took a stand against this as well. Time after time, we see stories in the news with pictures of similar events after they happen. These events likely had the same type of prior notification and advertisement that this one did. The students, staff, faculty and alumni, however, made sure that this event didn’t happen and that the proper steps were taken to ensure that the creators received the appropriate consequences and learned from their mistakes.

While those who posted on social media were an integral part of the event getting shut down and deserve praise, what many didn’t see was the legwork being done behind the scenes. Many didn’t see the resident assistants and resident directors meeting and contacting the national organization of the offending group calling for proper action. Many didn’t see the students coming to the Office of Student Engagement and Multicultural Affairs and the Student Activities Center brainstorming ways to best approach the event and to figure who to contact to get the event shut down. But this happened, and because it did, as well as much more that I’m not directly aware of, the event was shut down, and we were able to turn this potential disaster into a learning situation.

Now this isn’t meant to be a “pat on the back” or a “job well done” — far from it. In fact, I’m ashamed that students on this campus didn’t have second thoughts before posting this event, and I’m horrified that some still defend it. I’m also embarrassed that the college hasn’t done more to educate students as to why this was wrong and prevent this situation from happening in the first place. It’s not all the institution’s fault, as I fully acknowledge that we have a political apathy problem on this campus where the “average” student won’t speak out about something unless it directly affects them.

What I saw this weekend started to transcend that. I saw students and alumni publicly speaking out in support of one another and giving up their free time to make this campus a better place. I saw students, faculty, staff and alumni finally acknowledging that there is work that needs to be done and that the college isn’t some haven impervious to the events of the outside world. This is a start, but now we must keep moving forward.

There have been far too many town halls, forums, meetings, committees and discussions around these issues, and many other important ones, over my past three years here that have been under-attended or attended by the same people over and over again. There are no new opinions heard, and those who can actually change things don’t take us seriously because the numbers aren’t there. Let’s populate these meetings and make our voices heard. Let’s read Intercom and The Ithacan to figure out where we need to be and when. Let’s organize protests and fight for what we believe is right. Let’s all get involved so those who are exhausted from carrying the banner thus far can get the much-needed support that they deserve and their voices amplified.

It’s not just on ALANA organizations, the Student Government Association or OSEMA. It’s not just on specific students, faculty, staff, administrators, alumni or any one office, student organization or department. It’s on all of us as a whole to come together and make our voices heard how and where they need to be. Like I said before, this isn’t a pat on the back — it’s a swift kick in our hind ends to make sure that we drive the positive change forward.