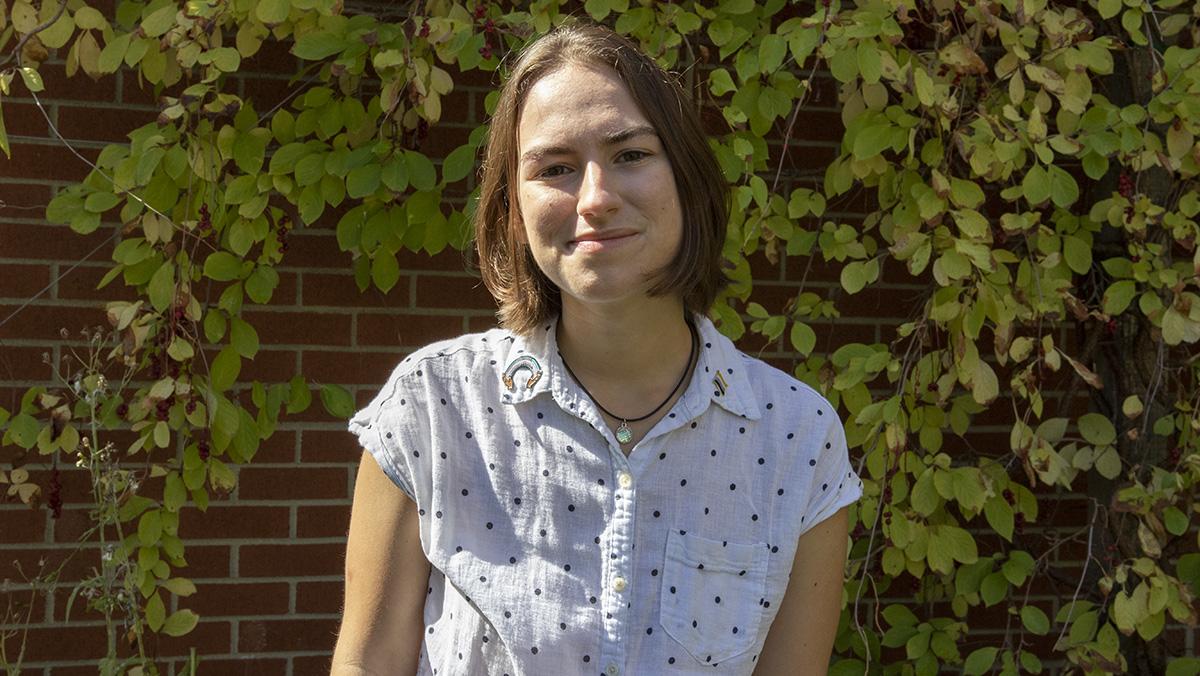 Ana Maniaci McGough/The Ithacan
Sophomore Julia Stitely is a co-creator and producer of the ICTV show "Fathoms Below." They give their perspective on trans and non-binary characters in media being portrayed by cis gendered actors. They call for change and explain how their personal experiences has granted them a unique perspective.
By Julia Stitely
Published: September 29, 2021

“Wait, so we actually want a nonbinary actor to play Robin?”

It was a usual Friday night meeting for “Fathoms Below” — the ICTV show I helped create and produce, following a college student, Kai, who hides the secret that she is a mermaid. She is helped by her outspoken roommate Syd and her nerdy friend Freddie.  Her love interest is Robin, a nonbinary biology major whose mentor, Professor Hawthorn, is trying to find Kai. I turn from the person next to me who asked the question to the only other nonbinary person in the room. Our eyes widen together at the same time, our open mouths unable to be seen underneath our masks. I whipped my head back to the person next to me and responded in a raised tone, “Yes!” with no explanation. At the time, it was the beginning of me identifying as nonbinary. I never liked the idea of “coming out” because it causes my anxiety to get high. However, I left clues that would make it clear I was nonbinary without stopping a conversation and saying it. I had put my pronouns in Zoom classes as a mixture of she and they pronouns, discussed with people about my views on gender and talked about my anguish when the discussion was prompted about a non-binary character in our show being played by a cisgendered person.

I don’t blame people for having this mindset that cis people can play trans roles. Sadly, it is a common trend in media for transgender roles to be played by cis people. Two Oscar-winning roles of trans characters have been played by cis people: Hilary Swank and Jared Leto. Recently, Lauren Patten won a Tony for her portrayal of Jo in “Jagged Little Pill” who she originally played in the A.R.T. run as nonbinary, but the character became cisgender when the musical went to Broadway. The first time I’ve seen non-binary actors play a non-binary character is recently this year with Sex Education season 3 with Dua Saleh and Robyn Holdaway, playing Cal and Layla. If anything, most trans stories are told from a cis perspective. It’s always the cis person’s feelings towards the trans person, never how the trans person feels. Trans acceptability is too often based on how easily interpretable their gender is to a cis person.

It comes with the idea that trans people need to look a certain way to be accepted in society. Specifically, as a nonbinary person, I’m expected to look a certain way to fit into the idea of what a nonbinary person looks like. There is this idea that to be respected or referred to with the correct pronouns, we must fit into the expectations of how we should be. I like wearing dresses, I like wearing baseball caps, how does that make me any less nonbinary? Why is everything gendered?

Pew Research Center reported that only 42% of Americans personally know a transgender person. Since many don’t know about the trans community first hand, most people are exposed to media where trans people are present. It is important that the media, presenting a certain community, is in a correct and positive light because this may be the only way the viewer knows of this group. That is what makes it important to put those people not just in front of the screen, but behind the camera.

Trans women deserve to be included in women’s sports