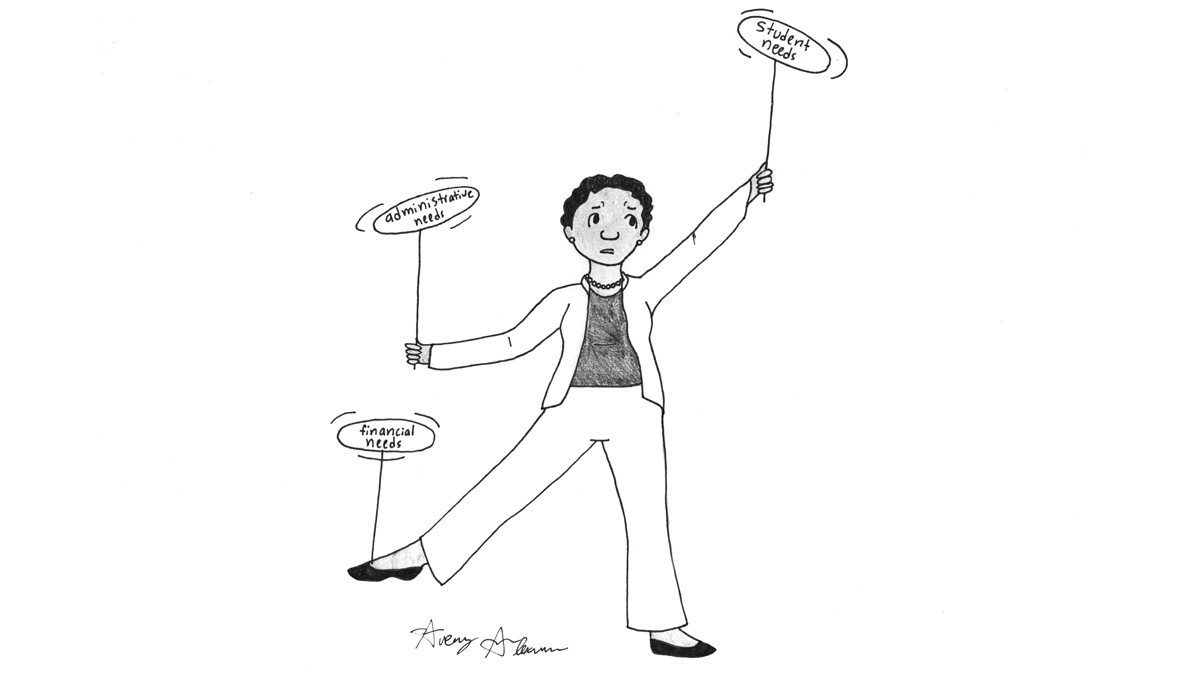 Over the past two years since the start of President Shirley M. Collado’s tenure, Ithaca College has been undergoing a period of transformation. During this period, the campus community has seen a major increase in support services within the administration, particularly for marginalized students. This added support, according to officials from the college, has been created through the implementation of new administrative positions — since Collado’s inauguration as president, at least nine administrative positions have been created.

These added positions have the potential to contribute to major improvements at the college, especially given the campus environment that preceded them. Because the college is a predominantly white institution that was established in the 19th century, we must remain cognizant of the fact that our institution was not built to support marginalized groups. Additions to our administration are a way to combat this disparity and build necessary support not only for our entire campus community. The addition of many of these positions also serves as a reversal of former President Tom Rochon’s elimination of student affairs, a division within our administration that specifically focused on students’ academic, communal and health needs.

These changes are working to address many issues students and other members of the campus community have been asking to be addressed, an effort that should be celebrated. However, now that these needs are being addressed, the college has to find a sustainable, transparent way to balance them financially.

For the 2019–20 academic year, the college’s cost of attendance will exceed $60,000 for the first time. While the college, fortunately, does give out significant financial aid to its students, that is not to say that this rise in price is not harming both currently enrolled and prospective students. Furthermore — and perhaps more worrisome when considering the college’s future — the budget is almost entirely reliant on student tuition payments. Given that college enrollment, both nationally and at the college specifically, is expected to drop over the next few years, this does not bode well for our institution. On top of this, the college has been working to cut budgets across the college.

Recent changes made to the college reflect two national trends: rising prices and administrative bloating. Although the college has not released the net annual cost of these new administrative positions — a decision that does not emulate the administration’s previous promises of transparency — they are undeniably taking a significant portion of the budget. When faced with the contrasting priorities like student needs and financial sustainability, it can be difficult to determine if all new administrative positions and support services are what is best for the campus community, especially if we’re not being told how much these changes are costing.

Now that the college is addressing student support concerns, it needs to find financial balance. One of the best ways for the college to maintain a balance among financial, student and administrative needs is to remain steadfast in its quest for community feedback. The college is inclusively developing the strategic plan, a process the plan’s steering committee has frequently sought community feedback on. On May 9 and 10, the committee is even allowing the campus community to review the drafted goals and objectives for the plan before it reaches the Ithaca College Board of Trustees so that the community can provide final feedback. However, even this is clouded by the college not providing full financial information about its administrative decisions, and this may not allow the campus community to give fully informed feedback.

What is at stake here goes beyond the overall environment of the college — whether or not students and faculty feel supported, and so on — but rather the entire financial future of the college. Ultimately, the campus community will not be able to feel at ease when considering the college’s future until these issues are fully, transparently addressed in the strategic plan, which is precisely what the college needs to do.