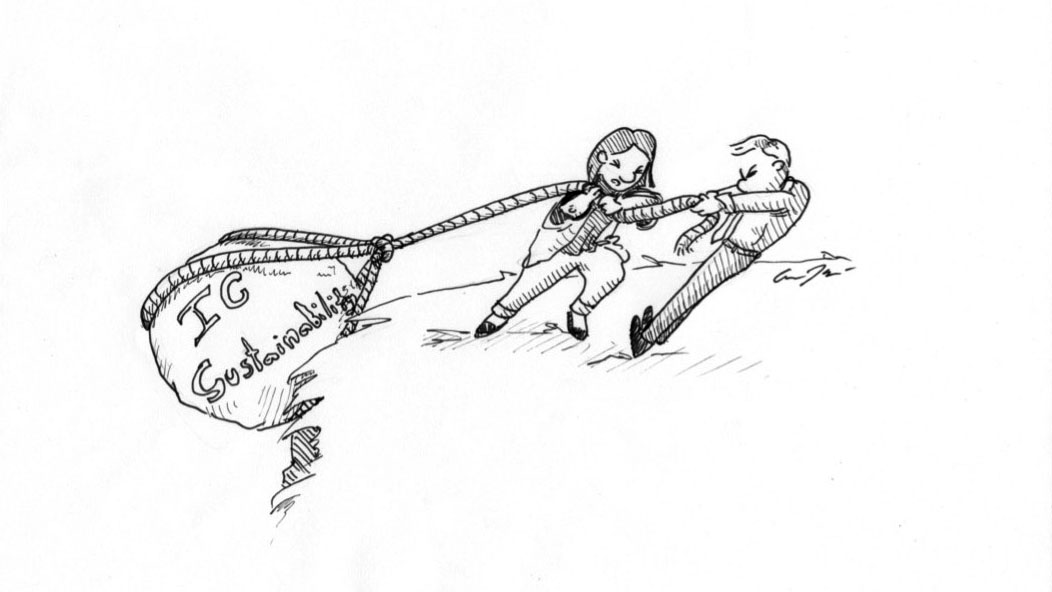 Ithaca College’s carbon emissions have dropped by 45 percent this academic year, making the college on track to reach its goal of being carbon neutral by 2050.

Former President Peggy Ryan Williams started the college’s commitment to sustainability shortly after the spring semester of 2007. The first step she took was signing a letter to the American College and University Presidents Climate Commitment, which meant the college joined hundreds of other academic institutions in an effort to reduce their carbon footprints. Subsequently, the college board of trustees made a 2009 Climate Action Plan, which stated the college would be carbon neutral by 2050 — reducing carbon emissions by 25 percent by 2015 and 50 percent by 2025.

It is important that the college remains focused on decreasing its carbon emissions, because in doing so we are paving the way to a more sustainable future in which we can maintain our environment.  At an institution with numerous student organizations dedicated to environmental awareness and sustainability, it would be only fitting that the administration also takes an interest in improving its carbon footprint. Additionally, the community surrounding the college has championed causes for sustainability for decades. It is heartening to see the college share this sentiment with its students and community, which bodes well for the environmental future of Ithaca and the surrounding area.

Following the pledge, the college made good progress toward its goal. However, once former President Tom Rochon took over, the college began to see a worrying decrease in progress. Efforts to decrease carbon emissions took a backseat, missing the previous administration’s goal of 25 percent by 2015 as a result of Rochon’s other agendas such as IC 20/20. Carbon emissions actually increased in 2015, which was disappointing because the college lost its placement and ratings as one of the more sustainable campuses in the United States.

By decreasing the college’s carbon emissions, the current Office of Energy Management and Sustainability, directed by Greg Lischke and coordinated by Rebecca Evans, seems to be picking up the pieces Rochon’s administration left behind. The decrease in emissions projects a hopeful image for the future of sustainable practices at the college and speaks to what the college can do if it makes sustainability a priority.

The Office of Energy Management and Sustainability should be applauded for the work it has done to accelerate the college’s progress toward its goal. The administration should continue to investigate how we can further decrease our carbon emissions, which will make the 2050 objective more attainable.