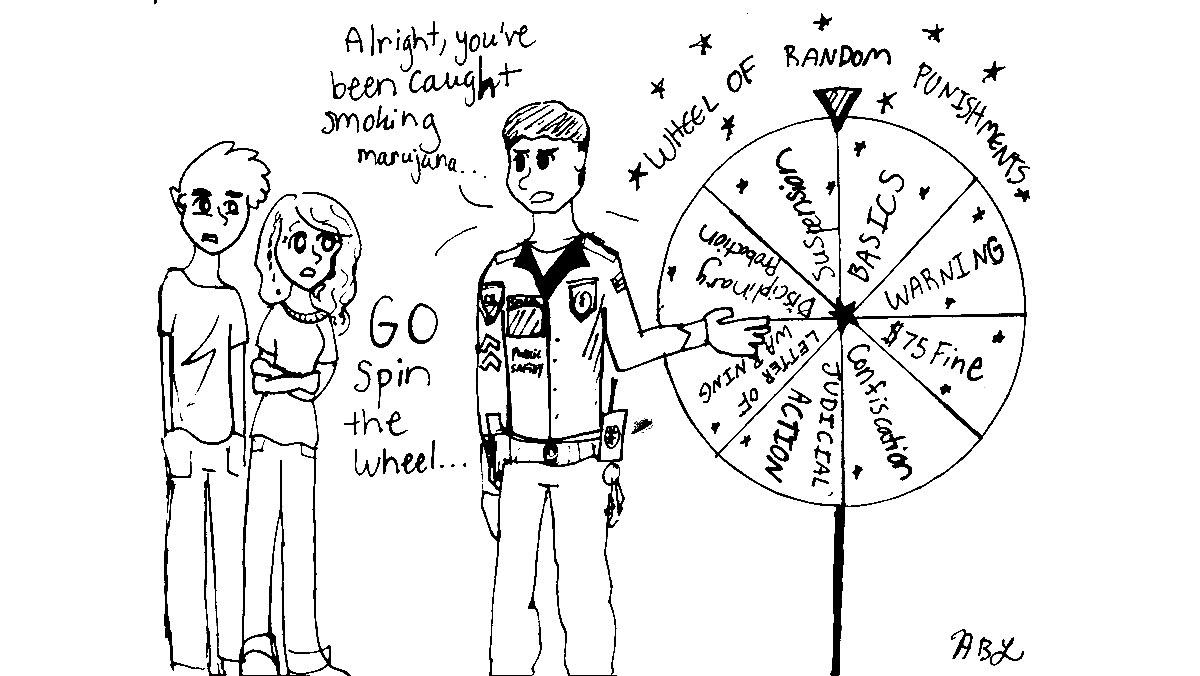 Ithaca College lacks consistency when it comes to the frequency with which student marijuana use is reported, as well as the severity of resulting penalties. Although the penalties were adjusted a few years ago to become less severe, this is not enough. Some students get away with nothing more than a verbal warning if they are caught smoking, while others face fines or other charges.

Marijuana use is underreported on this campus, and even when it is reported, not all students face penalties. When asked about incidents where students were let off with warnings, Sgt. Investigator Tom Dunn said officers should be reporting every crime, but in some cases, a marijuana crime may be subordinate to a more serious situation. However, this lack of consistency cannot be explained away completely by the urgency of waiting calls. Naturally a safety incident will take priority over students smoking marijuana, but this seems to be an excuse rather than the full reason for inconsistencies.

The national climate surrounding marijuana use has shifted considerably in the last few years. Students at the college seem not to view marijuana use as a serious crime. Recreational use has been legalized in several states, and decriminalized or approved for medical use in others, so campus policies may be out of line with people’s changing perceptions of the drug. It is not fair for some students to receive harsh penalties while others go free. The campus must re-evaluate the severity of the charges and penalties dealing with student marijuana use. Then, steps must be taken to ensure consistency in reporting and enforcing these penalties.