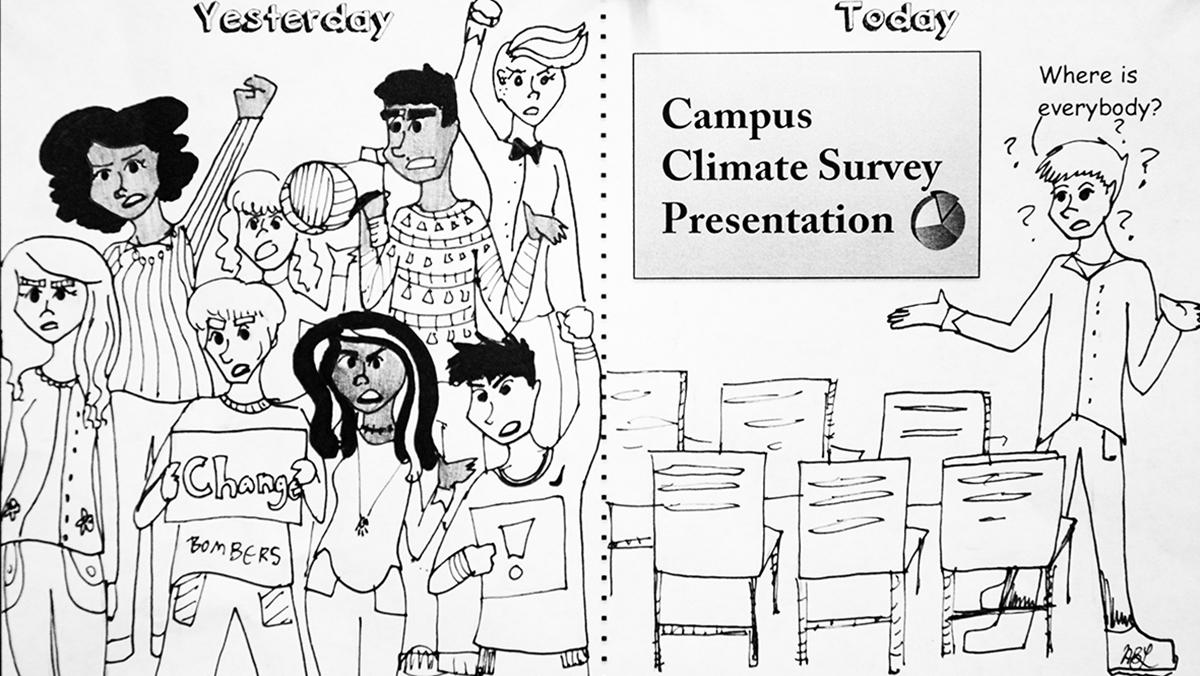 The Ithaca College student body has a history of low turnout to events or meetings that help shape the campus climate it protests.

In September 2014, a consultant came to campus to collect feedback on the qualities community members sought in the next provost and vice president for educational affairs, the position now held by Benjamin Rifkin. This administrator has the most power over our academic curricula and the final say on decisions such as ones affecting the fate of the Native American studies minor. The consultant held separate sessions for faculty, staff and students, but not one student attended their private session.

The campus community has been awestruck by the power that students’ voices have had over the past few months. But once opportunities arise to get involved in the processes that will shape how our climate is assessed and addressed, where is that power and energy?

Most of it was directed toward and spent on President Tom Rochon. As the protests grew, the conversation about racial issues and campus climate, independent of Rochon, slowly withered. Last week presented a chance for students to bring up their concerns about the campus climate to the person who will be evaluating it, and 11 of them took advantage of it.

Students do care about the campus climate, but now it’s time to show it by attending these sessions and using the opportunities to drive the dialogue. Fill the empty seats in the Student Government Association. Revive movements like Divest IC. Contribute to the community review board that Public Safety says it will create, and then listen to Public Safety officials’ presentations so that you can  and critique them. Take the chances that are offered to move the campus forward, and beyond that, create new ones to build a better campus climate.