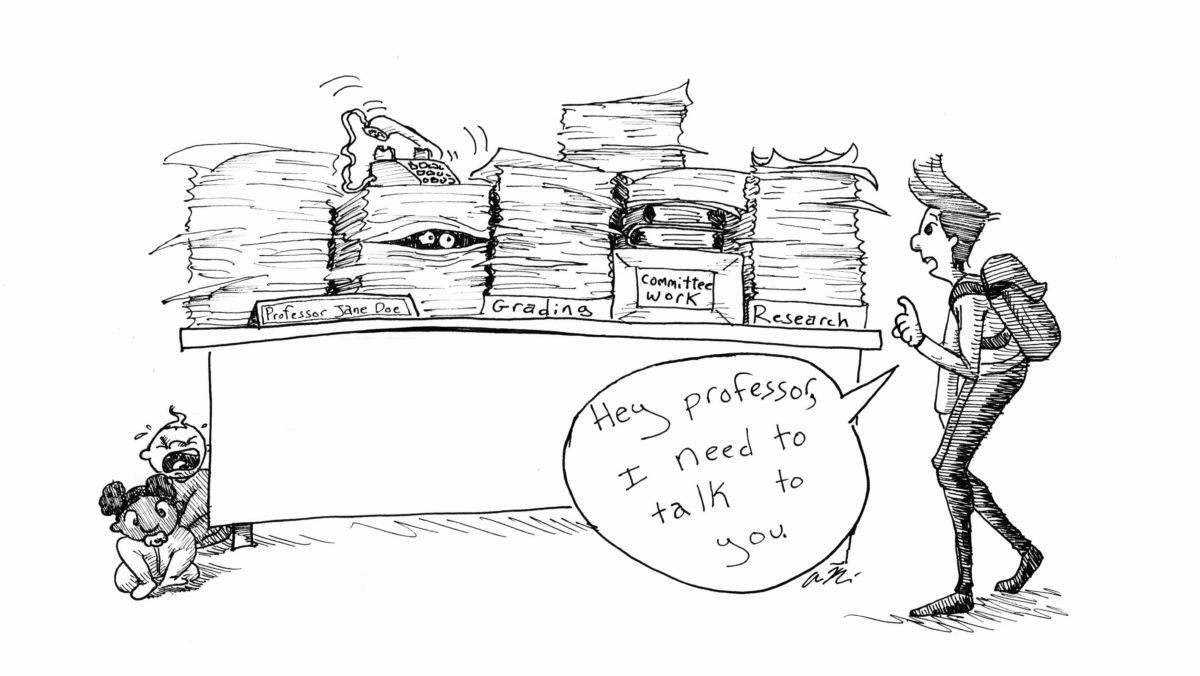 Sexism has always been prevalent in the workplace — phrases like glass ceiling and wage gap are often buzzwords when discussing workplace inequality — but it is especially prevalent in academia. Ithaca College is no exception to this trend.

On a national level, women held 49.2 percent of total faculty positions but only 37.6 percent of tenured faculty positions in 2013. Female professors are also less likely to get positive student evaluations than their male counterparts. In a study that used data from nearly 20,000 student evaluations, female faculty members were ranked an average of 37 slots below male faculty members when ranked out of 100. Students also gave lower ratings to universally used course materials when the course was taught by a woman.

Simply put, female faculty members are expected to deal with more issues outside of their professional commitments than their male counterparts and are often penalized when they do not stretch themselves beyond their abilities in order to address these issues. They are less likely to get tenure but more likely to be asked to take on an exorbitant amount of responsibilities by their students and their fellow faculty members.

After a while, burdens like these can lead to exhaustion and burnout. This unequal treatment, whether conscious or not, is unacceptable.

This is a cultural and systemic problem that has to do with sexism in the workplace. It may seem impossible to change this due to its widespread prevalence, but colleges are unique in that students have the opportunity to help shape a professor’s future at an institution.

Changing a problem like this is a matter of respect. It is not fair to penalize a professor for not jumping through hoops and end-of-semester evaluations need to reflect that. Not only that, but students must take a moment before asking for favors to think whether or not they’re asking for something that’s reasonable. Reflection and decency is the best way forward.