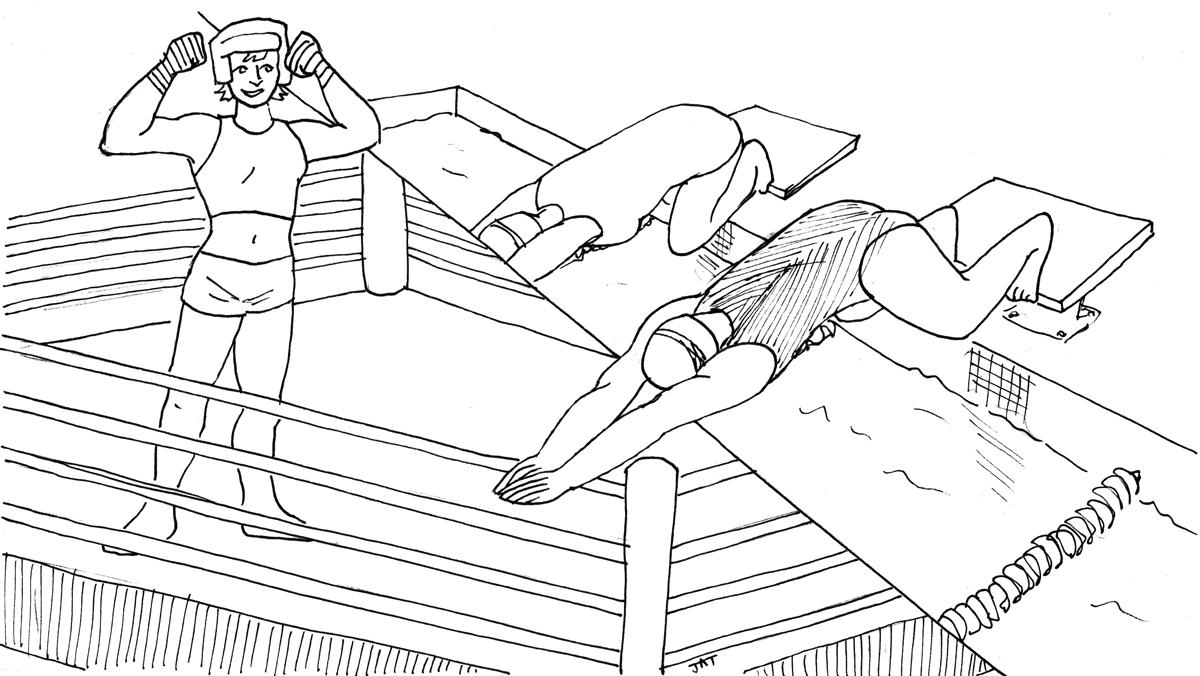 Throughout the last several years, the increase in the visibility of transgender athletes in the United States has prompted widespread dialogue on the ethical and legal implications of trans people’s athletic participation. Prominent transgender athletes like NCAA Division I swimmer Schuyler Bailar and high school sprinter Andraya Yearwood have drawn attention to the struggles trans athletes face in sports of every level, including collegiate athletics. Disagreements on whether or not trans individuals should be allowed to join the teams that best match their own gender identities have entered the mainstream, prompting widespread debates over where the line should be drawn in terms of the athletic divisions of the sexes.

The national conversation around transgender participation in athletics is unquestionably complicated and raises many issues of fairness and equality. As transgender athletes continue to be the targets of these polarizing conversations, it is absolutely crucial that members of the Ithaca College community actively engage in sincere conversations about trans inclusion and work to cultivate a safe environment. We must remember that, at the center of these controversies, there are people who are going through a complicated, emotional time in their lives. Taking away their ability to participate in their sports also prevents them from engaging with a primary part of their identities and will likely only make matters more complicated.

Collegiate transgender athletes face a number of significant barriers. The binary nature of athletic organizations in the United States frequently limits opportunities for transgender individuals to publicly and comfortably explore their own gender expressions, often forcing them to express select parts of their identities. Medical transitions and physically transformative surgeries impose additional complications, often raising questions about whether or not physical transitions grant certain trans athletes an edge over their competitors. These arguments are particularly prevalent in regards to athletes who have transitioned from male to female and they often allude to their potential physical and hormonal advantages.

Despite popular rhetoric that condemns transgender athletes, particularly in the midst of a presidential administration that promotes transphobic ideals, the last few years have seen significant achievements in terms of trans athletes’ rights. A growing number of state high school athletic organizations now allow trans athletes to play on the teams that best match their gender identities, and the NCAA has set guidelines for transgender athletes. However, there is no universal set of guidelines and expectations, making conversations about trans athletic inclusion even more confusing and allowing more room for polarizing dialogue that both supports and dismisses trans rights and identities.

This year, The Office of Intercollegiate Athletics introduced its first official Diversity and Inclusion policy. The policy supports trans athletes’ expressions of their individual gender identities through names and pronouns, locker and bathroom use and travel and uniforms. The college’s decision to establish transgender-inclusive policies is a crucial step toward cultivating a safe, secure and uplifting campus environment for transgender athletes.

There is no easy answer to the issue of trans athletic inclusion as it pertains to rules and regulations. The issue is dynamic and complex, and it is unlikely athletic organizations in the U.S. will secure a finite solution anytime soon. However, as athletes and audiences across the country continue to engage in dialogue around trans rights in athletics, it is absolutely crucial that the college community continues to engage in difficult conversations, remains conscious of the issues faced by trans athletes and continually supports their authentic identities as they navigate the collegiate athletic world.