Editorial: Waiting for The Commons 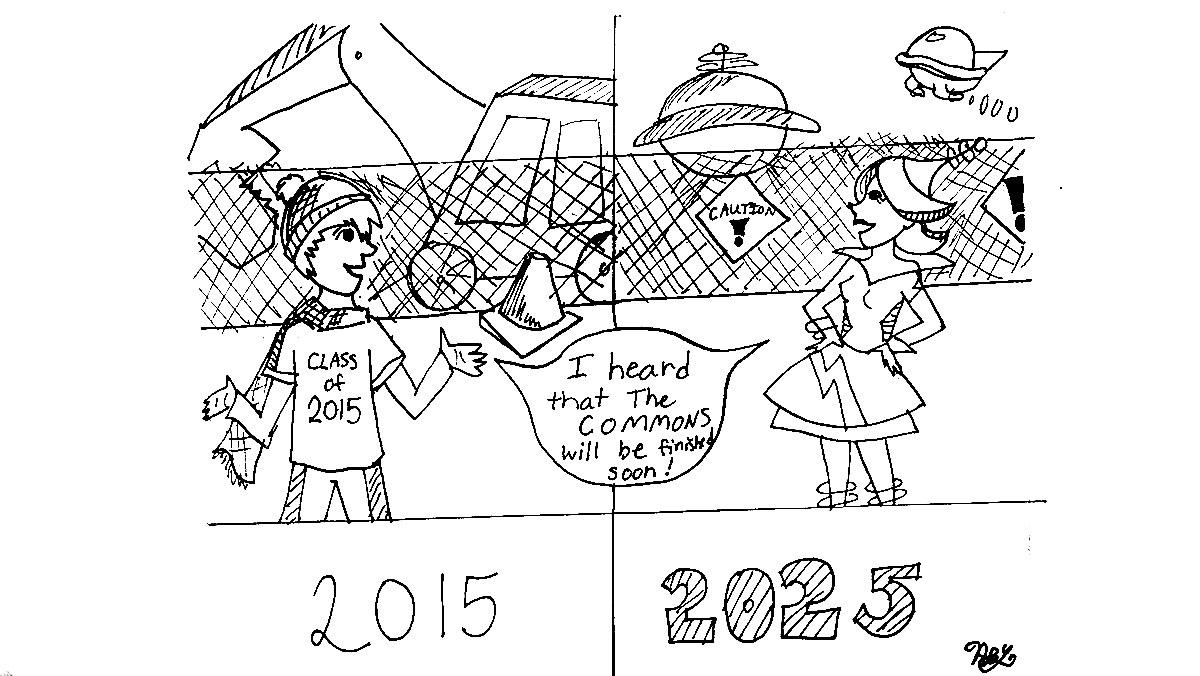 Since the spring of 2013, the City of Ithaca has been working on the reconstruction of The Commons. Six months have now passed since the project’s original end date of July 31, 2014, and The Commons are still under construction. During this time, many of the city’s businesses, which give The Commons their appeal and bring consumer dollars to the Ithaca economy, have been left to suffer. The experience of walking downtown and exploring the shops and restaurants is marred by the loud noises and dust of construction.

The owners of many businesses on The Commons, including those of The Potter’s Room and Now You’re Cooking, attest to the fact that fewer and fewer people have been coming to The Commons since construction began. Though this slight decline in business was expected for the first year of development, most businesses were not expecting it to last almost two years.

Though a new end date of Summer 2015 has been set for the redevelopment project, it is hard to believe that this deadline will be met. The end date for the construction has repeatedly been pushed back. At this point, it’s almost expected that the city will not meet this new deadline.

The Commons have always been an Ithaca attraction, but since construction began, they have lost their luster. The businesses on The Commons can hope that the completed project will bring more patrons, but until then, the city needs to hurry this construction along before there are no businesses left.