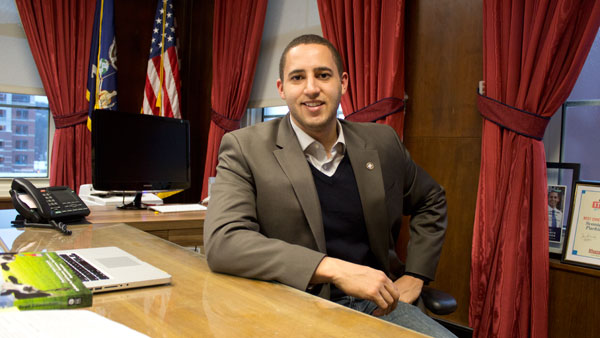 Currently, Cornell University and the City of Ithaca have a Memorandum of Understanding that Cornell will pay $1.25 million a year in voluntary payments. As the community pressures Cornell to increase its yearly contributions, the university has declined.

At the Common Council meeting April 9 and in other government discussions, Mayor Svante Myrick asked Cornell to increase its voluntary payment to $6 million a year. While the costs of Cornell to the City of Ithaca are high and rising, the university’s payments to the city are basically staying the same.

“Payments in lieu of taxes,” voluntary payments by tax-exempt organizations, exist because most property owned by charitable nonprofits is exempt from taxation. Private universities, hospitals, churches and museums all receive this exemption because they provide services that increase the public good. Cities and municipalities value the type of work organizations like Cornell do, and the promise of the
tax-exempt status encourages them to continue.

If these organizations didn’t provide these services, local governments would have to use local taxpayer dollars to pay for them. However, many of these services would not be provided because while people enjoy using them, they often don’t want to pay. Because Cornell doesn’t legally need to pay property taxes, it has most of the power in this negotiation. Just because an organization doesn’t have a legal responsibility to fully pay for its costs to its home city doesn’t mean that it doesn’t have a moral one.

Another issue is the costs of Cornell — lower tax revenues because of the tax-exempt status, increased wear and tear on the roads — are borne by the city and its residents. But, the benefits of a Cornell education have positive effects that extend beyond Ithaca’s borders.

This is not to say that Cornell doesn’t contribute significantly to the city. Ithaca is a vibrant community that has the lowest unemployment rate in New York state. We are a company town, and the largest company is Cornell University. Cornell also directly pays for a significant amount of the TCAT and subsidizes the airport, which benefits every Ithacan, not just those affiliated with Cornell.

The main reason why we are focusing on Cornell instead of Ithaca College is the location. The college is in the Town of Ithaca and therefore isn’t subject to city property taxes. In contrast, much of Cornell sits in the City of Ithaca, which provides more services and has higher property tax rates. In fact, according to calculations prepared by the Mayor’s Office, Cornell owns approximately 50 percent of the assessed value of the property in the City of Ithaca, but its payments only cover 2 percent of the city budget.

Hopefully, after David J. Skorton, the current president of Cornell, leaves his post in 2015, the new president will be open to renegotiating the contract to reflect the costs and benefits. An increase in voluntary payments by Cornell will help Ithaca continue to thrive.