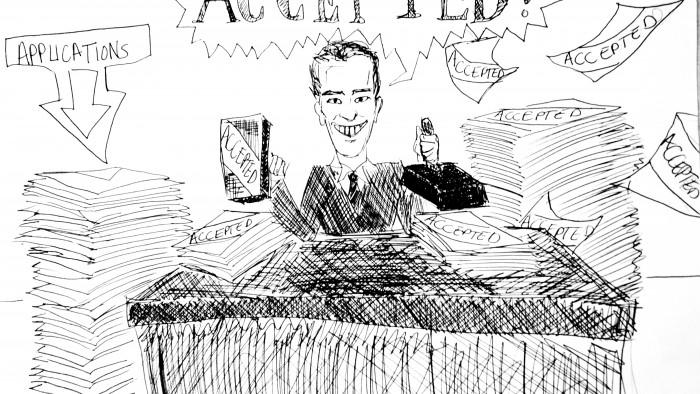 Last May, Ithaca College announced that in addition to offering early action for this year’s applicants, it would be eliminating the requirement to submit standardized test scores such as the SAT and ACT.

The National Center for Fair and Open Testing lists more than 850 colleges and universities that do not use SAT or ACT scores for admission.

With an already high acceptance rate of 68 percent, the college is on a path to becoming even less selective, crowding programs and diminishing the value of an Ithaca College degree. Students who underperform on tests are more likely to withhold scores.

Of course, applicants can still send in scores if they choose. But this can lead to inflated scores from incoming freshmen, because only the highest scorers are likely to submit their test results. Higher test scores means higher rankings from reviews like the US News & World Report for the college.

The college stated that the motivating factors for dropping the test requirement included enhancing diversity and broadening the applicant pool. Because admission selection is a holistic review process, the tests would have only been a small factor for acceptance in the first place.

Becoming a test-optional college lessens admissions standards by cutting a requirement most other schools, and most students, still find relevant, even if it’s not the most important factor. Certainly standardized tests are not the ideal way to measure intelligence or future success. However, making the SAT and ACT optional for admission will only weaken the college’s reputation as an institution.