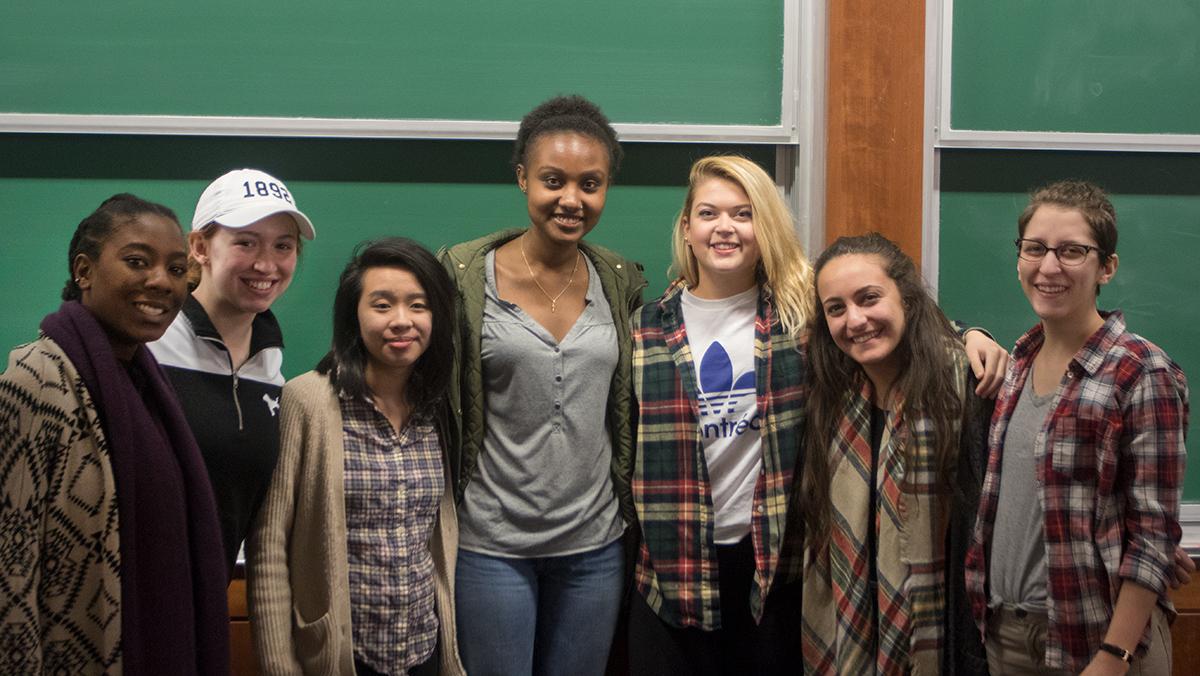 An incredible moment of transition and hope has descended upon our campus this past week and we are happy to be welcoming our ninth president Dr. Shirley M. Collado to Ithaca College. She will be making history as the first woman of color and first child of immigrants to serve as the president of Ithaca College, and we are thrilled to introduce her to our campus community!

As we reflect on these past two years as a campus community, many would have never expected Ithaca College to able to bring a highly qualified woman of color to our institution as president. With the historical context of white men predominantly occupying the college’s presidential and trustee positions, many had assumed that this would be the continuation in the trends that we have been seeing in higher education. But we have surpassed all expectations and broken this assumption that many women have felt when it comes to occupying leadership positions. It is imperative that we continue to encourage and support women in succeeding and also achieving their full potential in our societies. The hire of Dr. Collado has shown that a woman of color can also lead the college, and we are committed to inclusive hires in the future.

However, the idea of women leading the college, challenging the status quo and moving beyond boundaries for the betterment of the college as a whole is not an unprecedented incident. We have seen women time and time again in the past years rising to the occasion to fight against social and community-wide inequalities. The working group for POC at IC was composed primarily of women of color, and many of the subsequent protests and demonstrations were led by women on campus. We are also proud to be the first all-female Student Governance Council executive board in IC’s history, redefining what women in government looks like on campus and demonstrating engaged involvement through compassionate leadership.

Taking all of these factors into consideration, we are now at a point where we can begin to redefine what Ithaca College looks like, and what it means to be a member of the campus community.This does not absolve all gender disparities at our college, but rather validates the women who have continued to step up to the plate and redefine our community’s limits. It is imperative that we continue to support women and women of color in our communities, as we continue to find ways to make Ithaca College, our nation, and our world a more equitable place for all.

Moving forward we encourage everyone to engage with our new president and actively engage in the difficult conversations that we will need to have as a community.