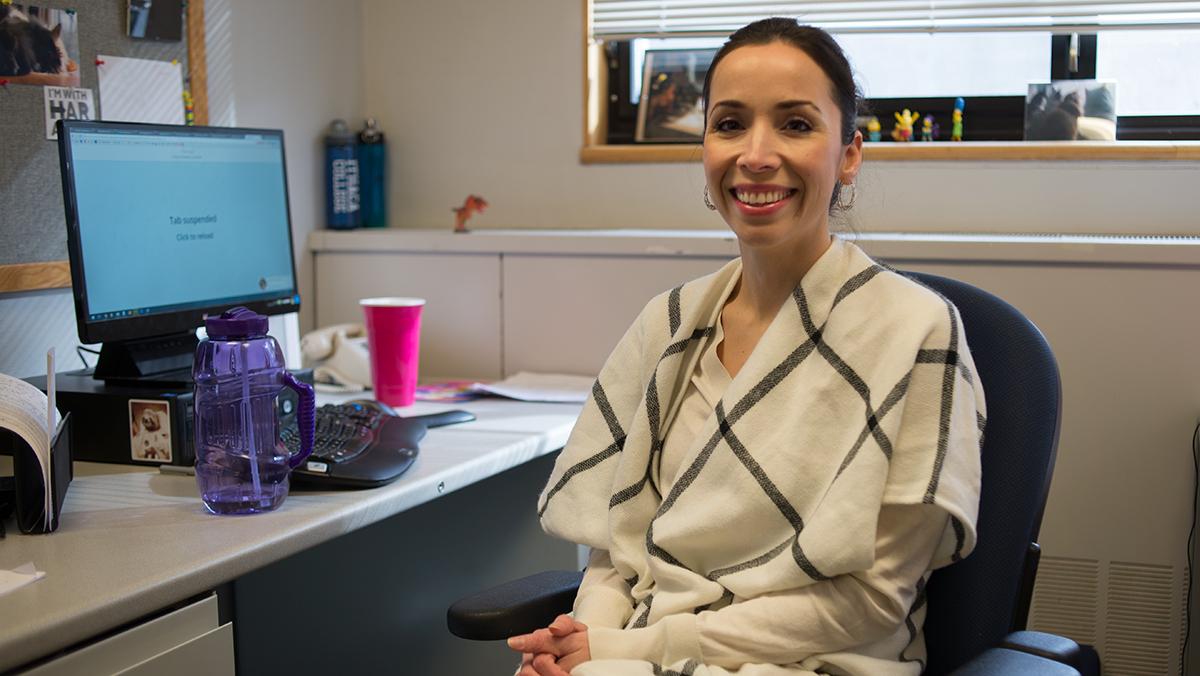 From the 1980s to the ’90s, zero-tolerance policies multiplied in schools across the U.S. as the primary form of disciplinary policies. Zero-tolerance was framed as a way to control violence and misbehavior in schools, and is still prominent in the U.S. school system today.

On Feb. 9, Jessica Dunning-Lozano, assistant professor of sociology at Ithaca College, discussed the ways punitive zero-tolerance policies impact black and Latino children in schools at a discussion series hosted by the Center for the Study of Race, Culture and Ethnicity in Klingenstein Lounge. Dunning-Lozano also focused on her research from her studies on punitive policies in Texas schools.

Opinion Editor Celisa Calacal spoke with Dunning-Lozano about the implications of zero-tolerance policies, the school-to-prison pipeline and the governing through crime strategy.

Celisa Calacal: What interests you about school punishment?

Jessica Dunning-Lozano: Part of it is my own biography, my personal connection with discipline in schools and myself being a nontraditional student. I found myself getting into a little trouble when I was a teenager, and I dropped out of high school. And then the only program I could recover to was an alternative school back in California. This was in the ’90s, and I ended up graduating from this alternative school. We called it continuation high school. And I had noticed, as a student, differences in how students at the continuation high school were policed and treated versus kids who were in the mainstream high school in the district where I attended. So that always impacted me. It stuck with me. And when I eventually moved onto college and grad school, when I got to Texas, I was interested in writing a dissertation on punishment in schools because things had only gotten worse since the ’90s. … So I was curious about what disciplinary schools looked like in Texas. And I learned about this disciplinary alternative education program. … Most of them are publicly funded — you find them in every public school district in the state. And I was fascinated but also really disturbed by their presence in the public schooling sphere in Texas. … It looked, in this particular field site where I did my research, a lot like a juvenile detention facility.

JDL: A couple of reasons, and there are some variations across the board from state to state. Zero-tolerance punitive policies really just means you find them everywhere. They’re so pervasive. You find them in working-class schools. You find them in middle-class schools. You find them in suburban schools. We as a society or contemporary era — we govern through crime. … And that is, we deal with all types of social issues — social problems — in terms of criminal acts. So to deal with issues of inequality, disparate outcomes, educational outcomes for low-income kids, kids of color, instead of dealing with that as an issue of finances, or part of institutionalized racism and inequalities — everything’s approached, every social problem is approached in terms of “OK, this is about crime.” This is about tampering down on dangerous kids. So part of it is this shift to governing through crime. … So interestingly enough we find zero–tolerance everywhere. We find it in the suburbs. We find it in the inner cities. But they tend to have worse … impact on low-income kids of color because a lot of times they’re enforced more harshly in the inner city. You also have a lot of racialized and gender discourses about African-American and Latino kids, especially African-American boys and Latino boys, as criminals. You don’t have that same kind of stereotyping about white children, right, about white boys. So if you perceive these kids to be criminal, one will be more inclined to adjudicate school-level misbehavior as a criminal act more so if it’s being committed by someone who fits the stereotype of Latinos are the bad kids or African Americans are the bad kids. So it tends to have a more pronounced effect on these groups, I would say in part because of racial biases, gender biases. … Those practices are more acute in large urban public schools.

CC: Why does it seem to be more prevalent in those areas?

JDL: There are a couple of reasons. Take a place like Los Angeles Unified School District. They have one of the largest police forces in the country. It’s a school-based police force. You see the same thing in New York City, Chicago, where I did my research in central Texas. So part of it is the size of the district. … You have these massive police forces that are designed to deal with school-level violence and offenses. So that’s one reason. Also, again, I think there is just this trend of characterizing or treating kids in the inner city — which tend to be overwhelmingly kids of color — as criminal.

CC: How do zero-tolerance policies fit into the school-to-prison pipeline?

JDL: So I did my research in Texas. … There was a landmark study, Breaking School Rules. This report that came out in 2011 based on data from Texas; it was longitudinal data. So these researchers followed a cohort of kids. … And what they found was certain subgroups of kids were punished more harshly. And by doing a longitudinal study, they could see what the cumulative effects of these punishments were. And they saw that students who, and mainly African-American boys in Texas, they’re more likely to be meted out severe forms of punishment, and then as a result, were more likely to end up in … the juvenile justice system, and eventually the adult criminal–justice system. So this was a huge game-changer because prior to this, a lot of folks would talk about, theorize about a school-to-prison pipeline and would do qualitative studies looking at parallels between how juvenile detention centers are run and how school-level minor nonviolent crime is being adjudicated. Kids are getting in lots and lots of trouble for minor things. So we know that exists. … There is a correlation between punishing them harshly and then these particular kids who are more prone to being subjected to zero-tolerance policies, so they are more likely to end up in the criminal–justice system than their peers.

I think the one thing that’s important to acknowledge: The school-to-prison pipeline is very important. … But one thing I try to push in my own research is that most kids who are subjected to zero-tolerance punitive policies actually don’t end up in prison. And it’s not to say that it’s not important. It’s very important. But we also have to think about the effects of these disciplinary practices beyond, OK, so some kids end up in prison, but the kids who are subjected to these disciplinary practices, they might not end up in prison, but they’re being prepared for low-wage work, dealing with precarious employment, labor market.

CC: Do you think there’s a way zero-tolerance policies could work better?

JDL: No, because the whole idea behind zero tolerance is that you have zero tolerance for any kind of misbehavior, institutionally. And again, that means … we adjudicate nonviolent offenses in the same way that we adjudicate criminal offenses or violent offenses in school. And as long as we stick to this zero-tolerance notion that we’re not going to be flexible, we are going to punish harshly, because there’s this idea if you punish students severely and harshly, it’s going to stymie future misbehavior in schools. Doesn’t work that way, right. … I think zero tolerance has no place in public schools.