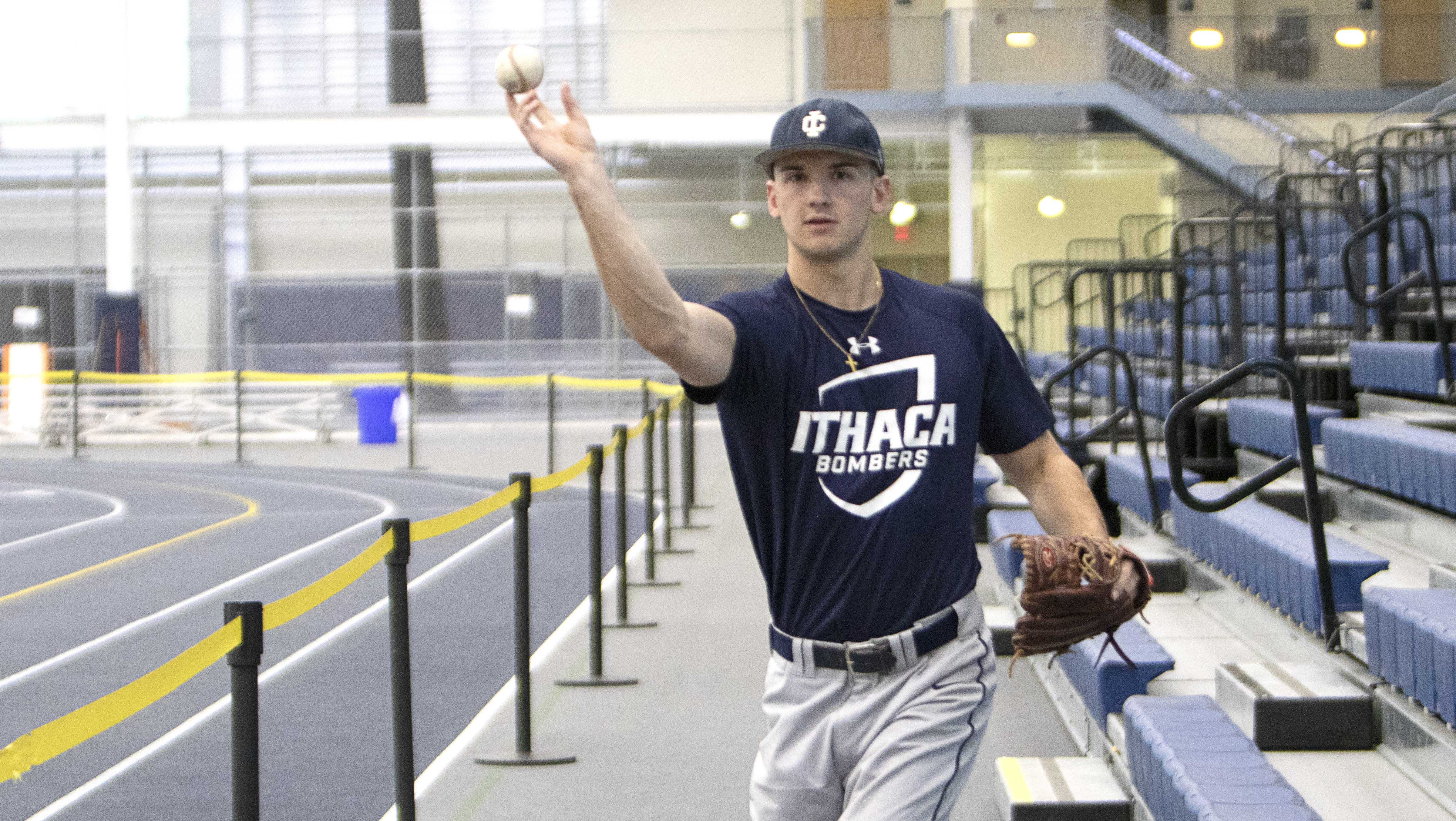 The Ithaca College baseball team is looking for another successful season after obtaining a 30–17 record and reaching the NCAA Division III New York Regional Tournament in the spring of 2018.

The Bombers were able to reach the NCAA tournament last spring by winning their fourth straight Empire 8 Championship. They are the only team at the college that is still in the Empire 8, and they will be moving over to the Liberty League for the 2020 season. The Bombers graduated three senior pitchers, Jack Morello ’18, Chris Marinaccio ’18 and Robby Buffis ’18, who combined to throw 119 innings last season. They also lost captain Domenic Boresta, who started in left field and hit .294 with three home runs. However, the 13 seniors on the roster will help stabilize the team moving into the 2019 season.

George Valesente ’66 will be returning as the head coach for the Bombers for his 41st season. Last season, Valesente recorded his 1,100th win as a coach May 5, 2018.

“This year has 13 seniors and that makes a difference on a team because they are really committed and focused,” Valesente said. “They’re a very competitive group that has experienced two years of regional play where we lost [in the regionals], and they’re determined to not let that happen again.”

One of the returning starters is Andrew Bailey, pitcher and first baseman. Bailey is coming back from a season in which he started 45 out of the 46 games he appeared in for the Bombers and had a .289 batting average.

“What I’m looking forward to most is playing this final season with the same guys I’ve played with these last four years,” Bailey said. “We all know what it takes to get to where we want to be. There are a few key players from last year that are going to be missed, but I trust that some of the young guys will step up to fill those roles.”

Senior pitcher Jake Binder agreed with Bailey and said the veterans need to set the standard and create the team culture for the underclassmen.

Others returning to the Blue and Gold’s roster are seniors Matt Carey, Adam Gallagher, Garrett Snyder, Sam Little, Cam Fuoti, Jackson Smith, Webb Little, Christian Lalomia, Matt Eiel and Emmett Dunn. Lalomia is coming into this season with a record of pitching scoreless innings with multiple strikeouts. Binder was named Empire 8 First-Team All-Conference with a 3.36 ERA, while Eiel was also named Empire 8 First-Team All-Conference with an ERA of 4.38. Dunn was named to last season’s Empire 8 All-Tournament Team with a 5.18 ERA on the season.

Also on for another season is starting pitcher Tyler Hill, who is currently a graduate student with a 3.59 ERA. Hill, who was a captain last year as a senior, was able to come back as a result of redshirting his junior season with the Bombers, during which he suffered a season–ending injury before play began. Collegiate athletes are granted four years of eligibility once they are officially enrolled, but when athletes redshirt a season or refrain from playing, they do not lose the year of play. Hill was able to return as a graduate student due to having only participated in three seasons.

“It’s a huge bonus that we get our captain and starting pitcher back from last year,” Bailey said. “[Tyler] had a large presence on the team last year, and we know he will be a huge part of our season this year.”

Coming back from success at regionals last season, the Bombers and Valesente are looking to take their success to the next level. The ultimate goal is to win the College World Series and continue playing well into June, an accomplishment that only a select number of teams will achieve.

“We’re all getting anxious to play,” junior catcher Chris Dietz said. “We’ve been working indoors for so long, and we’re seeing improvement. Now we just want to see that moved onto the field.”

Dietz is one of three returning catchers on the team and will compete with Gallagher, junior Andrew Wollner and sophomore Sam Kinum for the job. Having more than one competent catcher is crucial because the Bombers play many doubleheaders throughout the season, and catching 18 innings in one day is grueling.

The Blue and Gold had their first series against Virginia Wesleyan College canceled due to weather, but they will now be kicking off the season against SUNY New Paltz at 10 a.m. March 2 in Winchester, Virginia.