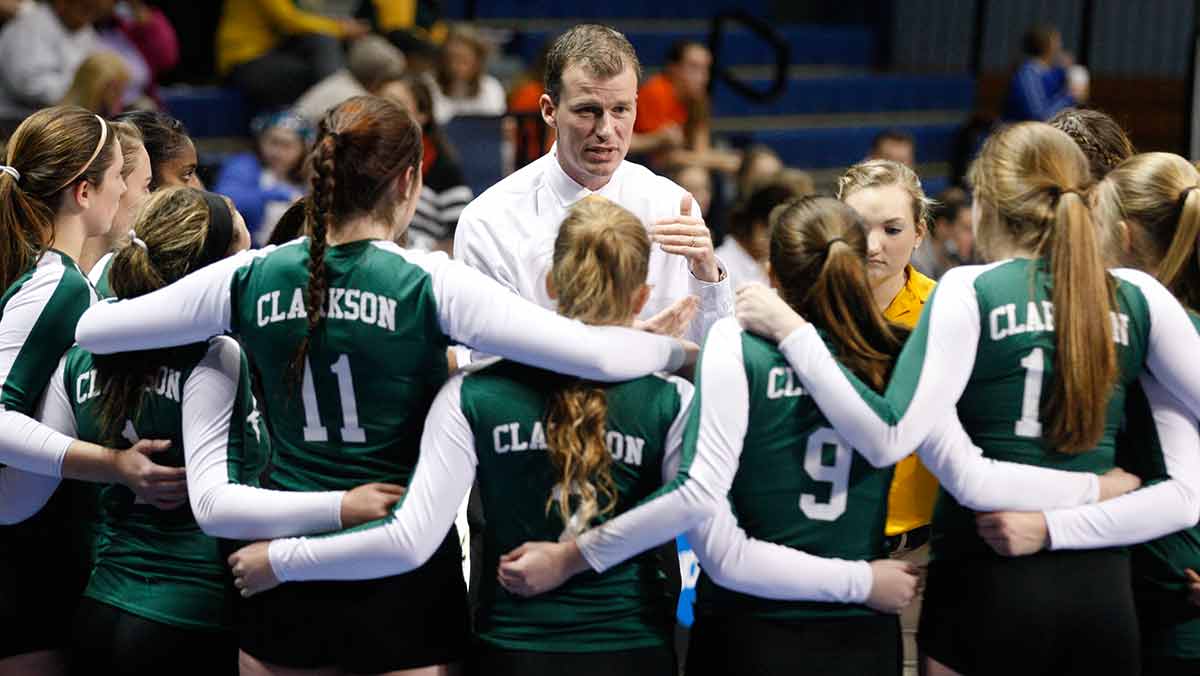 The hiring comes after previous head coach Janet Donovan resigned Jan. 15 saying she wanted to spend more time with her family and take care of her personal health. Donovan led the program for 24 years and had a 674–295 record.

The resignation also came after athletes raised concerns over the way she ran the volleyball program.

Bassett said Dulfer was selected out of three finalists for the position after completing a rigorous application process. After the position was posted on the NCAA website Jan. 18, the athletics department was in contact with multiple candidates. Dulfer contacted the office a couple of weeks after the job was posted and was interviewed on campus Feb. 11 and 12.

“Ithaca is a very storied program, and the college is well known for its athletics and academics,” Dulfer said. “Word of the open position spread fast.”

Bassett and the search committee then solicited feedback from everyone involved in the process. They met with the volleyball team again Feb. 17 to discuss its feedback before moving forward with the hiring.

“Johan emerged through a rigorous national search and an intensive interview process as the most qualified candidate,” Bassett said. “We were very impressed with his professionalism and attention to detail. I know from what he accomplished at Clarkson that he is an exceptional coach.”

Dulfer was previously the head coach at Clarkson University, where he put together seven straight NCAA tournament appearances, with four consecutive trips to the Elite Eight, and a 270–115 record.

“At a school like Ithaca, the goal is to represent the school at the highest level on the court, academically and in the community,” Dulfer said. “I’m looking forward to working with a group of really dedicated athletes and coaches and trying to see if we can win a national championship.”

Bassett said she is very excited to welcome Dulfer to the Office of Intercollegiate Atletics.

“He is committed to the scholar-athlete idea and the values of sportsmanship and integrity that are central to Ithaca College traditions in athletics,” Bassett said. “I am very confident he is going to provide an excellent experience for our students and be a great colleague within our coaching staff.”

“The Ithaca College varsity volleyball team is very excited to have the opportunity to have Coach Johan Dulfer as the new addition to our volleyball program. We look forward to start working with him this spring semester as we prepare for the 2016 season.”

Dulfer said he had applied to Ithaca College when he was looking to transfer colleges as a student, but even though he was accepted, he was unable to attend because of financial reasons. He said taking the coaching position is almost like things are coming full circle.

“I’m so excited to be taking this position,” Dulfer said. “It feels like coming home, and it’s an opportunity I wasn’t able to get as a student.”