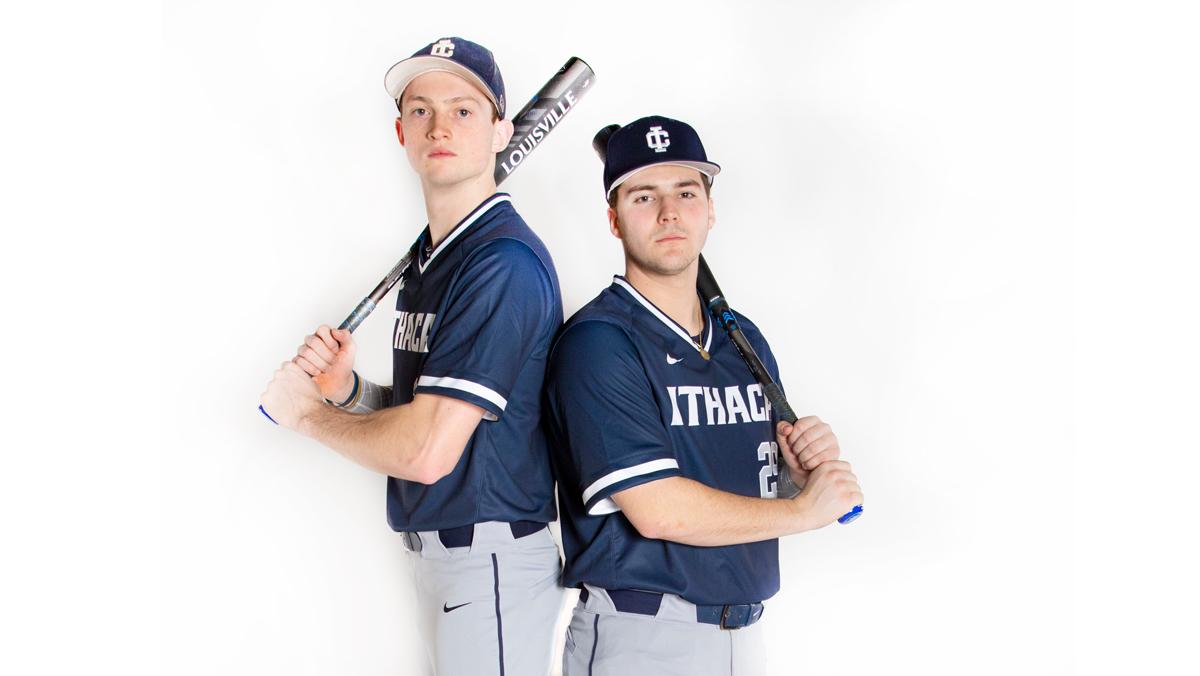 The Ithaca College baseball team has been successful for several seasons, but, with the loss of several seniors and the addition of a brand–new head coach, the program will face a number of new challenges.

The team has a new head coach for the first time since 1979. Head coach David Valesente will take over the helm of the program after previously coaching at Wells College. Valesente’s father, George, coached the team for 41 years, earning 1,136 wins and a pair of NCAA Division III titles. Despite the coaching change, Valesente said that his father will remain around the team this season to coach its pitchers.

Valesente said he is ready to lead a program with 81 straight winning seasons in its rearview mirror and is excited for the job that lies ahead of him.

“This is a great opportunity to have a chance to continue the tradition here and the program and school that I’m so passionate about and grew up around,” Valesente said. “Carrying in my dad’s footsteps is a dream come true for me.”

Valesente said senior first baseman Buzz Shirley, who hit .392 last season, will be a major factor for the Bombers this year. Shirley played at Wells College under Valesente for his first two collegiate seasons before transferring to Ithaca College last year. Shirley said he credits Valesente for helping him to mature as a baseball player.

“When I was a freshman, he helped me develop the sense of the game that you need to kind of get to the next level,” Shirley said. “I thank him every day for that, and I think there’s not a better coach that could have gotten hired by this college.”

The South Hill squad will also encounter a number of new opponents this spring. After being a part of the Empire 8 conference for 20 seasons, the team transitioned to the Liberty League for the first time for the 2020 season. The rest of the college’s teams moved to the Liberty League in 2017, but Valesente said that the baseball program waited before joining to keep the Empire 8 conference eligible for an automatic bid to the NCAA tournament. The league would not have had enough teams to be granted the bid if the Bombers had left, but, with the addition of Keuka College for the 2020–21 season, the league will maintain its bid even without the Bombers.

Shirley said teams in both leagues are known to have strong offenses, but he thinks the Empire 8 pitching staffs are often weaker. As a team last year, the Bombers hit for a .318 average in conference play with 20 home runs and 141 runs scored.

“I think [the league is] more balanced as well,” junior shortstop Jack Lynch said. “I think the Empire 8 last year was us, St. John Fisher [College], Stevens [Institute of Technology] and then a big drop off. This year, I feel like all the teams are pretty competitive.”

The Bombers last year went 31–9 and won the Empire 8 title before losing in the NCAA regional tournament. However, the squad graduated 13 players, including second baseman Webb Little ’19, who finished with a .362 average; catcher Adam Gallagher ’19, who led the team with eight home runs; and pitcher Emmett Dunn ’19, who compiled a 1.70 earned run average.

Gallagher, Little and Dunn were among the six seniors on last year’s team to be named to the All-Conference First Team, alongside pitcher Jake Binder ’19, outfielder Garrett Snyder ’19 and outfielder Sam Little ’19.

This year’s team will be younger than last season with fewer experienced players in significant roles. Shirley, Lynch and junior outfielder Derek Callaghan will be among the core upperclassmen who are returning this season. Lynch said freshman pitcher Garrett Bell, freshman pitcher Matt Chase, freshman infielder Tyler Edelman and freshman catcher Gil Merod could be younger athletes who see the field often.

“These young guys are going to have big holes to fill,” Shirley said. “Mentally, they’re going to have to be a little bit more prepared than they probably were in previous years.”

The Bombers began their season in late February with a three-game trip down to Virginia to face Virginia Wesleyan University. The team will then head to Pennsylvania to play Allegheny College and Alfred State College. Following that, the Bombers will travel out west over spring break to California, where the team will play seven games in seven days. The team will kick off the road trip with a game March 8 against Division III defending champion and preseason No. 1–ranked Chapman University.

After losing twice in last year’s NCAA tournament to Westfield State University and Shenandoah University, Shirley said that the Bombers are aiming to go further this season. He said that his team has acquired a reputation of falling short in the regional games in recent years but that he thinks it is not for a lack of talent. Shirley said he hopes to bring home the Bombers’ first NCAA title in 32 years.

“[It’s] our goal every year,” he said. “I mean it’s been like that since ’88. We want to win another national championship.”

The South Hill squad kicked off its regular season against Virginia Wesleyan University on Feb. 22 in Virginia Beach, Virginia. The squad dropped the first two games of the triple-header 11–1 and 3–4 but came back for the third game with an 8–2 win.