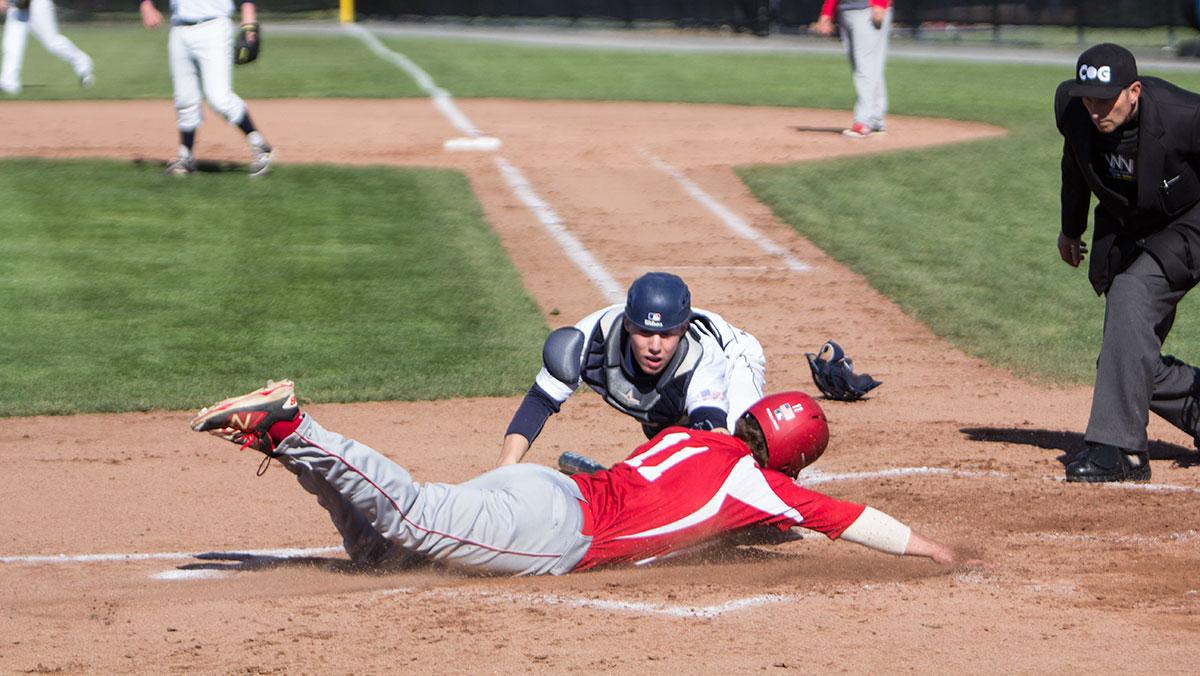 After a relatively slow start left the baseball team’s playoff hopes in question, the Bombers racked up 24 wins on the season and ended the regular season with a four–game winning streak. The Bombers have a 24–14 overall record and are 13–5 in conference play heading into the postseason.

The Bombers are locked in to make the Empire 8 playoffs, as four other teams in the Empire 8 conference are under .500 on the season.

At the top of the Empire 8 conference are the St. John Fisher Cardinals, which are 16–2 in conference play and 30–9 on the season. The Cardinals have plenty of momentum entering the playoffs, as starting pitcher Terry Engels threw a no-hitter against Stevens Institute of Technology on April 23.

The Bombers have only lost seven games since March 25 and have had several dominant victories, including a 20–6 win against Utica College on April 17 and a 16–1 win against St. John Fisher on May 8.

Despite the slow start — having lost eight of their first 14 games — the Bombers have held their own against the rest of the Empire 8 for much of the season. Junior Trevor Thompson and freshman Sam Little have carried the offense, while junior Josh Savacool, sophomore Domenic Boresta and freshman Webb Little have all come on strong as of late.

The pitching has remained impressive, though the Bombers’ senior staff got off to a shaky start this season. Seniors Benji Parkes and Brandon Diorio have effectively limited opposing offenses while eating up plenty of innings. The team’s X-factor, however, is fifth–year starter John Prendergast. The righty was the team’s ace before undergoing Tommy John surgery after his first start last season.

Entering the playoffs, Prendergast said he has full confidence in the team heading into playoffs.

“We expect to win. I believe if we can play up to our potential, we can beat anyone,” Prendergast said. “In order to accomplish this, we need to continue to work hard in practice and take the tournament game by game.”

In his latest start, Prendergast went seven innings while only giving up one run unearned on five hits while striking out six. If Prendergast can match his last performance, the Blue and Gold will have the reliable ace needed to carry them to the Empire 8 Championship.