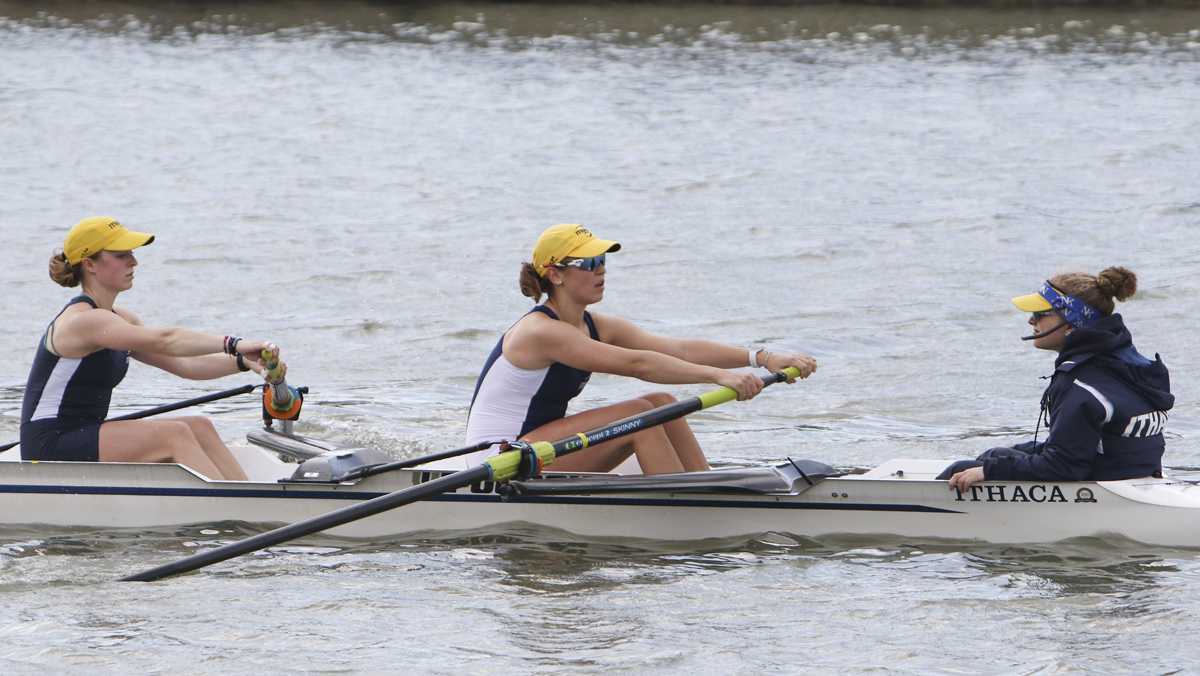 When freshman Dania Bogdanovic entered her boat during the sculling team’s meet Sep. 30 in Putney, Vermont, she was competing in her first collegiate race. However, this did not phase Bogdanovic, as she was able to trust her instincts that she had already developed and was the top finisher for the college 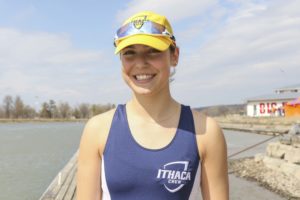 Dania Bogdanovic was raised by the Charles River in Brookline, Massachusetts.

Bogdanovic has rowing in her blood, as both her father and uncle rowed in their native country of Croatia. Bogdanovic began rowing for Brookline High School in Massachusetts during her sophomore year after needing a spring sport to fill her athletic schedule. She started her career with sweep-style rowing and then moved onto sculling.

Bogdanovic’s hometown is located on the Charles River, right outside of Boston. The river is well–known for hosting Division I collegiate crew and sculling competitions, including The Head of the Charles Regatta, one of the most elite and well-known races in the country. The Charles River is also where many of Boston’s Division I rowing teams own boathouses.

Brookline’s boathouse was located right next to Northeastern University’s, and its team practiced around teams from Harvard University, Massachusetts Institute of Technology, Boston College and Boston University every day. Bogdanovic said that rowing around powerhouse teams impacted her passion for the sport.

“I just knew I wanted to row,” Bogdanovic said. “I would see them out there practicing, and it was just a huge inspiration. It made me realize that I wanted to go and be part of a team like that.”

But for Bogdanovic, the goal was simpler than becoming a Division I rower — she just wanted to continue her devotion for the sport.

“When you’re a high school rower, you see these teams and you dream of like being apart of something that competitive,” Bogdanovic said. “I think that, yeah, everyone dreams for rowing for the most elite team like Harvard, but, for me, it’s all about being a part of something.”

Bogdanovic said she chose to attend the college due to its smaller size and competitive Division III sculling and crew teams. The women’s crew team finished in fourth place at the last two national championship meets and is a consistent qualifier for the championships.

This past summer, Bogdanovic traveled to Croatia to train with the country’s national rowing team. She was given this opportunity because one of the team’s coaches, Saša Vukojičič, is a friend of her family’s, and she received one-on-one training from him.

This past fall, Bogdanovic was the only freshman member of Ithaca College’s sculling team. However, Bogdanovic said the “fish out of water” freshman feeling just wasn’t there.

“I never had to worry about like, ‘Oh, I’m the only freshman,’” Bogdanovic said. “I never felt weird about it. I really just felt like one of the team.” 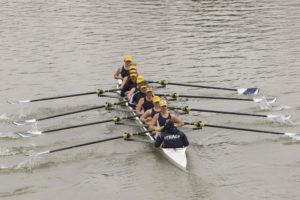 Boganovic rowed for the sculling team in the fall and competes in crew during the spring.

In her rookie season, Bogdanovic took third in the 1x A final at the Small Boat Challenge in Mercer, New Jersey. She also placed third with junior rower Jennie Brian in the 2x final at the Head of the Fish competition in Saratoga Springs, New York.

Senior captain Savannah Brija said having a freshman on the sculling team is generally uncommon but important to the team dynamic.

“I feel like she kind of brought this new kind of fresh attitude,” Brija said. “We all kind of knew each other before because you’re all on the team together, but having someone new gives you outside perspectives.”

“She’s unique on the sculling team because it is like boom, before you even start school we do a time trial to make the team,” Greene said. “From the day she got on campus, she knew it was go time.”

Because rowing isn’t a common sport for high schools to offer, not many students participate in it before the collegiate level. To increase their numbers, the women’s crew team takes the time and effort to train it’s own rowers from the beginning of their college careers as freshmen, forming a team of novice rowers.

With almost five years of experience under her belt, Bogdanovic is not a newcomer to the sport, a quality which is something that Greene said really makes a difference.

“We’re teaching people how to play the sport in first place,” Greene said. “There’s no other sport like that on campus. That’s why people like Dania are so valuable to us because she fits in better with varsity than novice skill-wise.”

So far, the team has had one dual–meet March 30, sweeping colleges including William Smith College, Canisius College and Johnson and Wales University in every event.

Bogdanovic rowed in the Bomber’s second varsity eight boat, which posted the leading time of 7:07.56 during the qualifying rounds to advance to the events finals, which they went on to win with a time of 6:56.7, defeating Canisius.

Brija said Bogdanovic has stepped up in her role on the spring crew team.

“She’s taking on a pretty big role on our team,” Brija said. “And as a freshman, those are really hard shoes to step into and I feel like she’s kind of taken it and owned it, so that’s really good.”

Bogdanovic said that although crew is a technically a spring sport, that doesn’t stop the team’s year-round training. The Bombers train together on rowing machines called ergs in the team’s boathouse on Cayuga Inlet during the offseason. Over spring break, the team visited Lake Lanier in Georgia to train on warmer waters.

“I think we’re just ready to continue translating all the hard work we’ve put in like the past couple months onto the water to see what we can really do,” Bogdanovic said.

The crew team has 13 more events before the playoffs begin. The women will battle Liberty League competitors, including the Rochester Institute of Technology, University of Rochester and William Smith.

Greene said that even though Bogdanovic’s first year isn’t over yet, she shows a lot of promise for the rest of her collegiate career.

“We really believe that Dania is going to keep being a contributing member of the team,” Greene said. “She’s solid. I’m excited that we have three more years with her on our team.”

Correction: A previous version of the story stated that the coach Bogdanovic worked with was Nikola Bralić. It has been updated to correctly identify the coach as Saša Vukojičič.