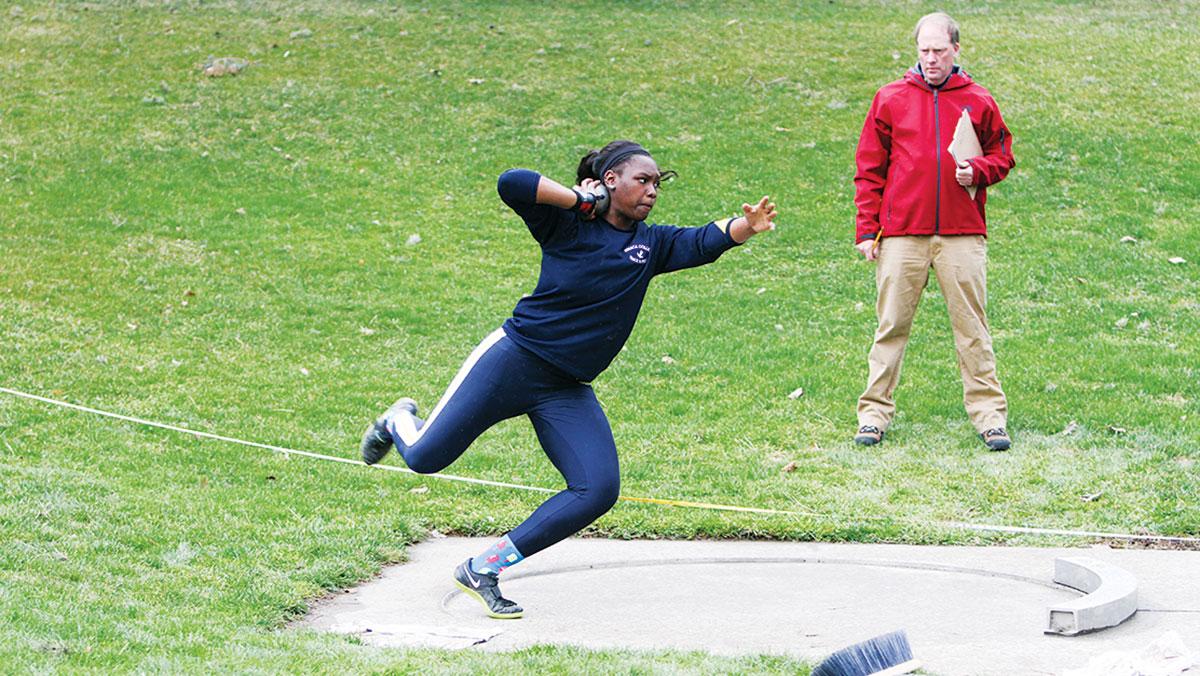 Coming off its eighth-consecutive Empire 8 title in indoor track and field, the women’s track and field team will look to carry its existing momentum into the upcoming outdoor season.

Head coach Jennifer Potter said outdoor success depends on indoor training and performance. Due to the abrupt change to an outdoor schedule, the momentum and training from indoor are essential to carry the team through the spring season. By utilizing the momentum from the winter, Potter said, her athletes hope to peak during the outdoor season.

However, Potter also said unlike the indoor season, weather plays a huge factor in determining performance in the spring.

“I have a wish for the upcoming season,” she said. “Please let the weather be cooperative because it’s hard to sprint when it is 30 degrees outside.”

Christine Benway, senior captain and first-team All-Conference hurdler, said she is feeling confident about the team’s outlook for the approaching season.

Going into the outdoor season, the team will be able to place athletes in events that are added to the schedule coming from indoor. The new events include the 100-meter hurdles, 400-meter hurdles, discus, hammer throw, javelin, 10-kilometer run and steeplechase. These events will allow the Bombers to add depth and perform stronger across the board, Potter said.

The Blue and Gold will especially look to their top performers from the indoor season to lead the way in the spring. After earning All-American honors last year, senior jumper Emilia Scheemaker will attempt to complete her career with another finish as one of the top jumpers in Division III. The South Hill squad will also look to junior sprinter Eliza Dewart and senior and freshman distance runners Alexa Rick and Taryn Cordani, who all posted strong winter finishes.

Cordani said the team’s goal is to succeed at the Empire 8 Championships once again.

“There’s been a culture of success on the team, and failure isn’t really an option,” she said. “We’re going to want to win the Empire 8s again, but we approach one meet at a time.”

Benway said in order to reach that goal, the team will have to set easier, more attainable goals on the way.

“The one thing we are taught is not focusing on the end goal but focusing on the smaller goals to get to it,” Benway said. “Making a goal to try harder at practice or having a better attitude will eventually allow you to reach your end goal.”

Cordani said the team has been able to perform at high levels due to the quality of leadership instilled within it. Though it features 16 seniors, Cordani said the older athletes make sure their younger teammates have a voice.

She also said one of the biggest reasons for the team’s success is the family atmosphere and the focus and priorities of the coaching staff. She said each member of the team supports one another regardless of events.

“Sometimes on track teams you can feel really isolated,” Cordani said. “But what’s good about our team is that even the throwers support the long distance runners during their races, and I think that’s part of our success as a team.”

The Bombers will round out the indoor season by bringing athletes to the NCAA Indoor Track and Field Championships at Winston-Salem State on March 13–14. They will open the outdoor season with the Ithaca Invitational March 28 on their home track.

Potter said despite the team’s longstanding success, winning is not the only goal.

“I challenge everyone on this team,” Potter said. “I don’t say that I have high expectations, but I challenge them to be the best they can be.”