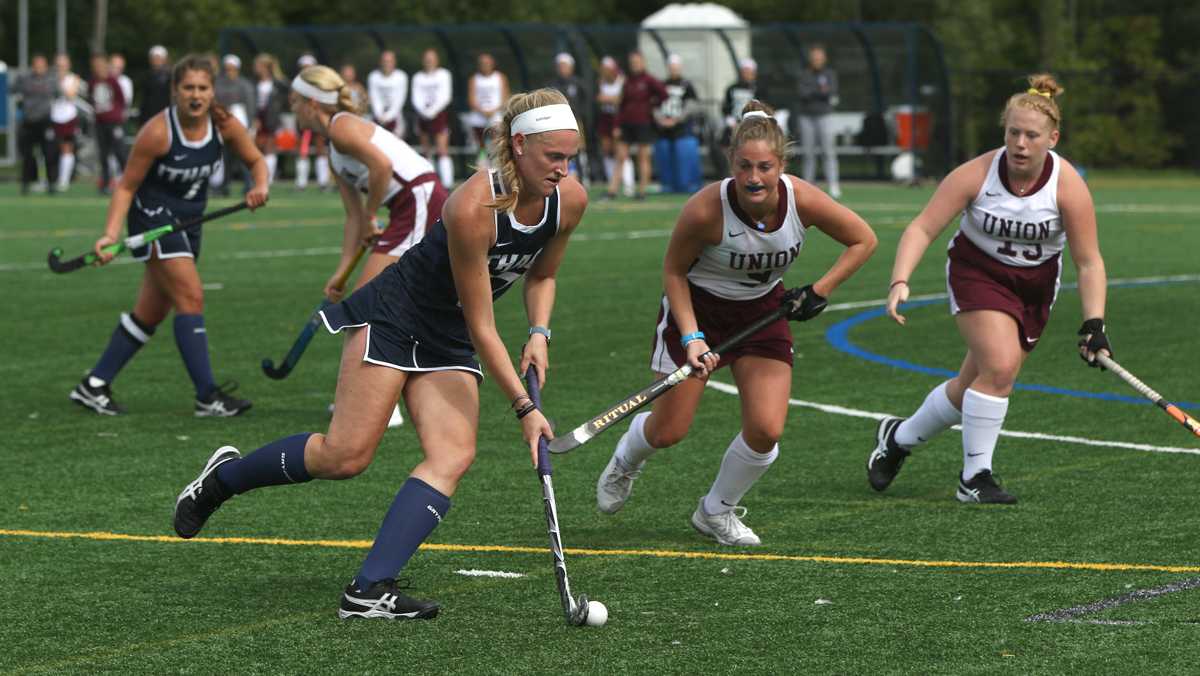 The Ithaca College field hockey team defeated Union College 2–0 in their Liberty League opener at Higgins Stadium. The win brought the Bombers to 7–1 on the season, which matches their win total from last year, and is the Blue and Gold’s best start since 2000.

The day belonged to sophomore striker Kristen Rafferty. Rafferty scored both of the South Hill squad’s goals on the day. Rafferty’s first goal came at 30:25 when she was able to backhand the ball after it deflected off of senior striker Maria McGloin. Rafferty’s second goal came on a swift passing play when senior striker Meg Dowd fired the ball to McGloin, who was able to deflect it towards Rafferty, who was camped by the post. The young striker was then able to pot her second goal of the game.

The offense played efficiently, outshooting the Dutchwomen 15–12, with 11 of those shots being on net. Other Bombers who stood out were junior midfielder Kendall Keil, senior midfielder/back Maddy Ryan and senior back Kimmy Briscoe.

Junior goalkeeper Savanna Lenker had a strong day as well, making seven saves, and earned her fifth shutout of the season.

The Bombers are back in action at 5 p.m. Sept. 26 in Rochester, NY as the Bombers take on the St. John Fisher Cardinals.

Field hockey defeats Hawks for third shutout of the season