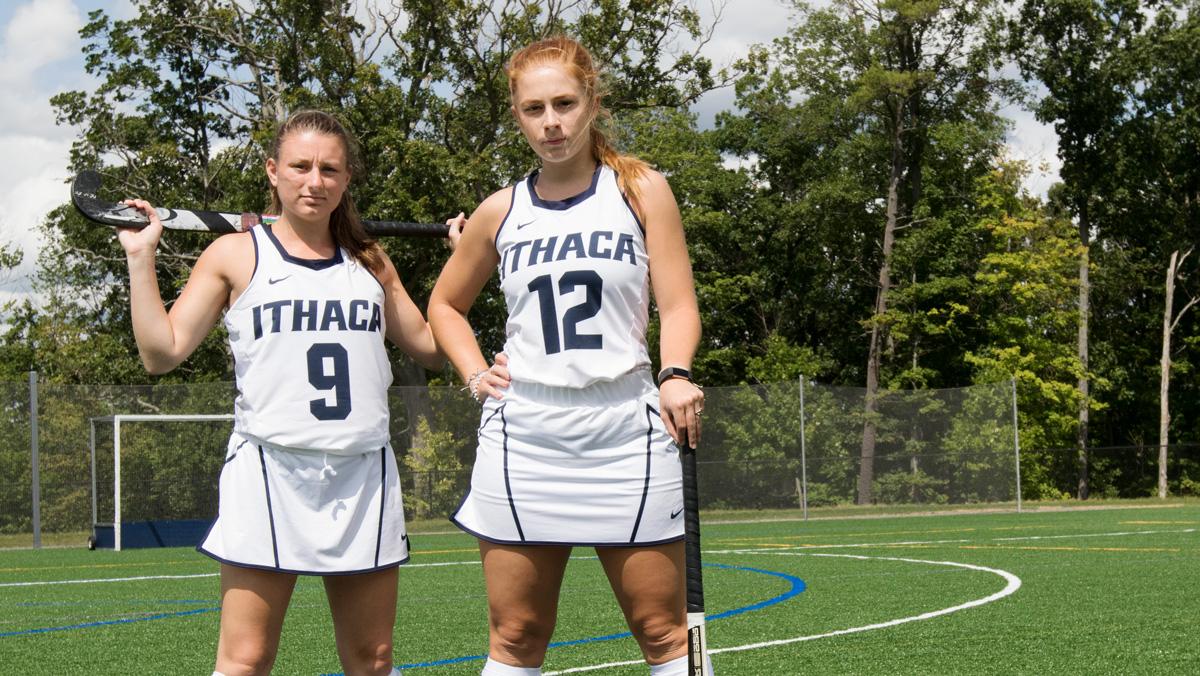 The Ithaca College women’s field hockey team will be competing for the first time in the Liberty League with a new coach guiding them.

The Blue and Gold finished the 2016 season with an 8–7 record, winning five out of six games played at home. Against Liberty League teams, the Bombers went 0–2.

A few heavy losses from last year’s roster, like leading scorer Colleen Keegan-Twombly ’17, are another challenge for the Bombers. However, senior midfielders Amanda Schell and Kelsey Chatterton and forward Michaela Donohue will look to take the lead as the lone seniors on a young squad.

Donohue, who was tied for second in scoring last year, and Schell started in every game last year, racking up over 1,500 combined minutes. Chatterton started in eight games in 2016.

Leading the charge in her first season is head coach Kaitlyn Wahila ’07. Ex–head coach Tracy Houk announced her retirement at the end of the spring after 21 years at the helm of the field hockey team.

Wahila brings experience and pride to the program and served as the field hockey graduate assistant coach in the 2006 season.

After graduating, Wahila served as an assistant coach at Siena College, a Division I school, for four years. Afterwards, she had a six-year tenure at Susquehanna University as a head coach, leading the River Hawks to a 54–52 record. She was Co-Coach of the Year in the Landmark Conference following the 2012 season.

Emily Vallee, a junior forward and midfielder, said she is excited to have Coach Wahila come on board.

“[Coach Wahila] has great energy and loves to be involved,” Vallee said. “She’s a perfect fit for our team and something that we are all used to.”

The Bombers open up their season in the Connie Harnum Classic, hosted by Wahila’s old program, Susquehanna. The Blue and Gold will face off against the Kean University Cougars. The Bombers will then open up post-tournament against old Empire 8 foe Utica College at 7 p.m. Sept. 6 in Utica.

Liberty League play starts at 2 p.m. Sept. 23 when the Bombers travel to Union College to play the Dutchwomen. They will play a mix of Liberty League teams and old foes from the Empire 8 like Elmira College, St. John Fisher College, Nazareth College and Hartwick College.

“[The team] is really ecstatic about the Liberty League,” Vallee said. “It’s a new challenge. It’s new schools we’ve never seen. And it’s definitely a new level of play for our program as a whole, which is very exciting.”

Wahila said she understands that challenges await the team but knows that with a dedicated group of 15 returners and eight rookies, success is attainable.

“The team’s biggest challenge will be adapting quickly to a new style of play,” she said. “We will play an up-tempo style of hockey. Our formation will be very attack–minded, as we will play with a high striker. Our defensive game plan will begin with our strikers pressing immediately on the counterattack and will aim to double–team on the outsides of the field.”