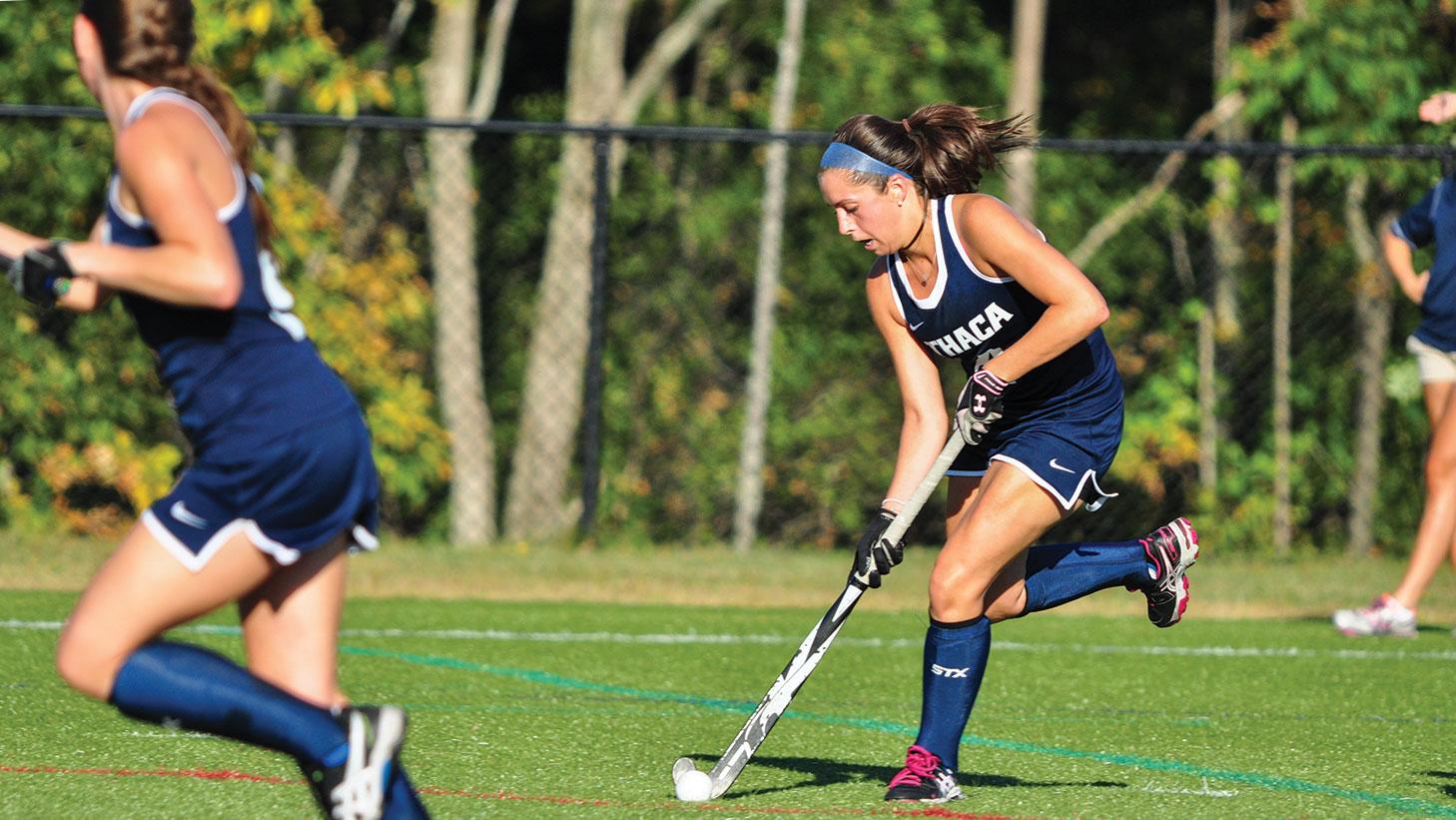 After a crushing defeat in the Empire 8 Championship game last season — where it fell to Stevens Institute of Technology 4–1 despite finishing first in the Empire 8 during the regular season — the Ithaca College field hockey team is returning to Higgins Stadium to regain momentum.

Thirteen wins, including victories over the University of Rochester, Nazareth College and Stevens Institute of Technology, were just a few of the highlights from last year’s campaign for the field hockey team. But assistant coach Maureen Ordnung said the team is using its semifinal defeat at the hands of Stevens as motivation.

“Coming so close to an Empire 8 title has sparked a fire within our team,” Ordnung said. “Winning the regular season and hosting the tournament last year showed us just how attainable our goals are.”

The Bombers will kick off their season Sept. 1 at the University of Rochester, with their home debut coming nine days later with a bout against Utica College on Sept. 10. That game kicks off a five-game stretch against Empire 8 opponents. The regular season wraps up Oct. 29 against Elmira College.

Though the Bombers lost three strong seniors, many of the difference–makers from last year’s playoff run are returning. Eight of the top 10 point–scorers from last season are on the team again, including leading goal-scorer senior Colleen Keegan-Twombly,  which is something longtime head coach Tracey Houk said is incredibly valuable.

“It’s always great to have our top scorers back,” Houk said. “The key to our success will depend on how well we work together on and off the field. That said, I believe we will work well together.”

They are also returning senior starting–goalie Katie Lass, who was named the Empire 8 Player of the Year last season.

Houk said she doesn’t expect a drop–off in leadership either, as Lass, Keegan-Twombly and forward Cassie Schuttrumpf return for their senior seasons, along with junior forwards Michaela Donohue and Amanda Schell, two players who look to build off strong sophomore seasons.

Lass played in 18 games, allowing only 16 goals with eight shutouts. Keegan-Twombly led the way in scoring with 15 goals, while Schuttrumpf and Donohue added six and eight goals, respectively. All three players expect to factor heavily into the Bombers’ strategy this season, one that favors ball movement and constant offensive pressure while maintaining an impenetrable defensive front.

Lass said she understands replacing the seniors will be their biggest challenge but doesn’t doubt that it can be done.

“Each of the seniors had a very prominent role last year,” Lass said. “They all had great skills, which allowed us to rely on them, but we’ll just have to find new players on which to rely.”

The Bombers will travel to Rochester on Sept. 1 to face the high-performing Yellow Jackets, which the Bombers bested in a 1–0 win in mid-September last season. Houk said the Yellow Jackets will be a tough match.

“We played so well and composed, but both teams have different line- ups. I still expect them to be as strong as ever, but they did lose their all-star goalkeeper and striker. It’ll be a good rst game,” Houk said.

The eld hockey program will be looking to match, or even improve on, the 13 wins it posted last season, which marked the most wins in a season for at least the past 10 years.

“The realization we had last season was that our goals do not just have to be dreams,” Ordnung said. “With dedication, passion and perseverance, they can be our reality in just a few short months.”

Members of the field hockey team tried out for goalie position