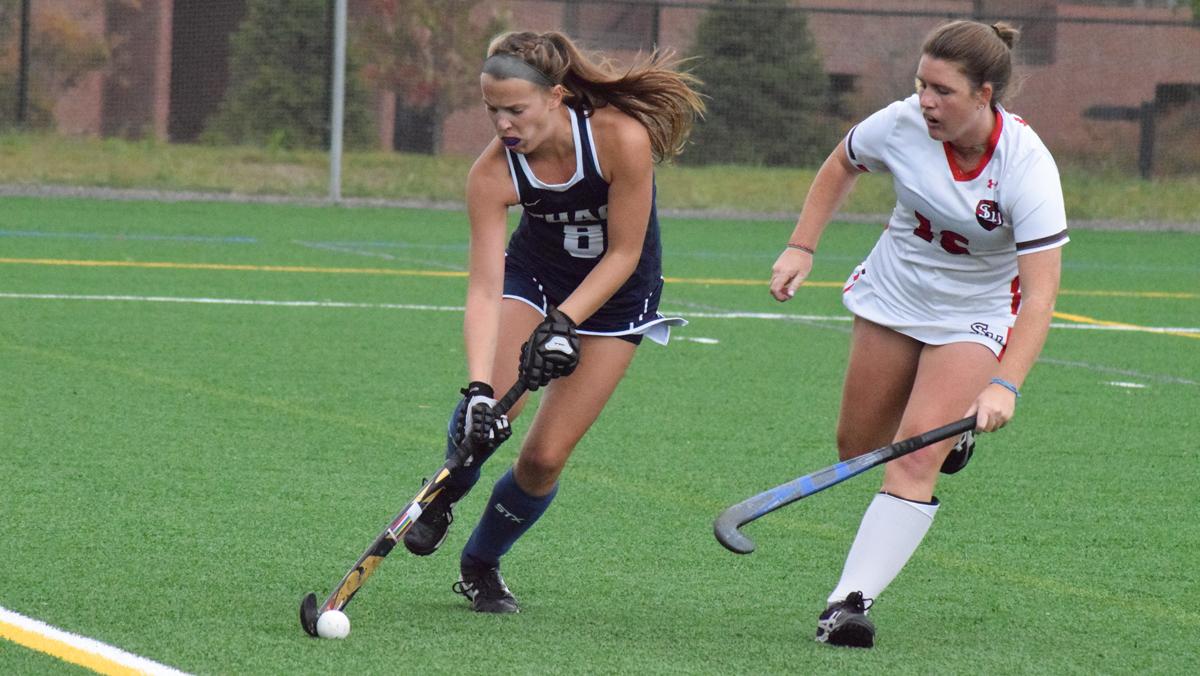 The Ithaca College women’s field hockey team defeated St. Lawrence University 2–1 in a Liberty League matchup on Sept. 30. The Bombers were able to play with the Saints in the first half before taking control in the second half.

The game was a defensive battle from the beginning, but St. Lawrence had a slight edge in possession. The Bombers stayed tough on defense, and were able to keep the ball out of the net for the majority of the first half.

However, at 26:28 in the first half, Tori Shaffer was able to corral a ball in the arc and fire it home to put the Saints up 1–0. The Bombers responded by increasing their intensity, which eventually led to a breakthrough.  At 32:42, junior striker Meg Dowd handled the ball towards the bottom of the zone, and finessed a pass to senior striker and captain Amanda Schell, who one-timed the ball into the back of the net, evening the score.

The Bombers came out flying in the second half, and had numerous quality chances. Saints’ goalie Sophie Cardenali was successfully defending many of the South Hill squad’s best chances. However, at 13:23, Schell stick handled towards the net, wound up, and rifled the ball towards the net.

Senior striker and captain Michaela Donohue was able to deflect the shot into the net to give the Bombers the lead. The Bombers were able to hold on for the remainder of the game, and obtain their first Liberty League win in program history.

St. Lawrence head coach Fran Grembowicz appreciated her team’s effort, but is disappointed with the outcome.

“The first half was even,” Grembowicz said. “We were outplayed in the second half, but still had some quality chances. We weren’t able to convert today, and that is why we lost the game.”

Bombers head coach Kaitlyn Wahila was very happy with how her team played.

“I was very happy with the second half,” Wahila said. “We dominated in the second half, and finished the game well. I liked how we came out of their time out, and didn’t allow any big opportunities”

The Blue and Gold are back in action at 1 p.m. Oct. 1 against SUNY Cortland at Higgins Stadium.