Field hockey wins second game in a row against Hartwick 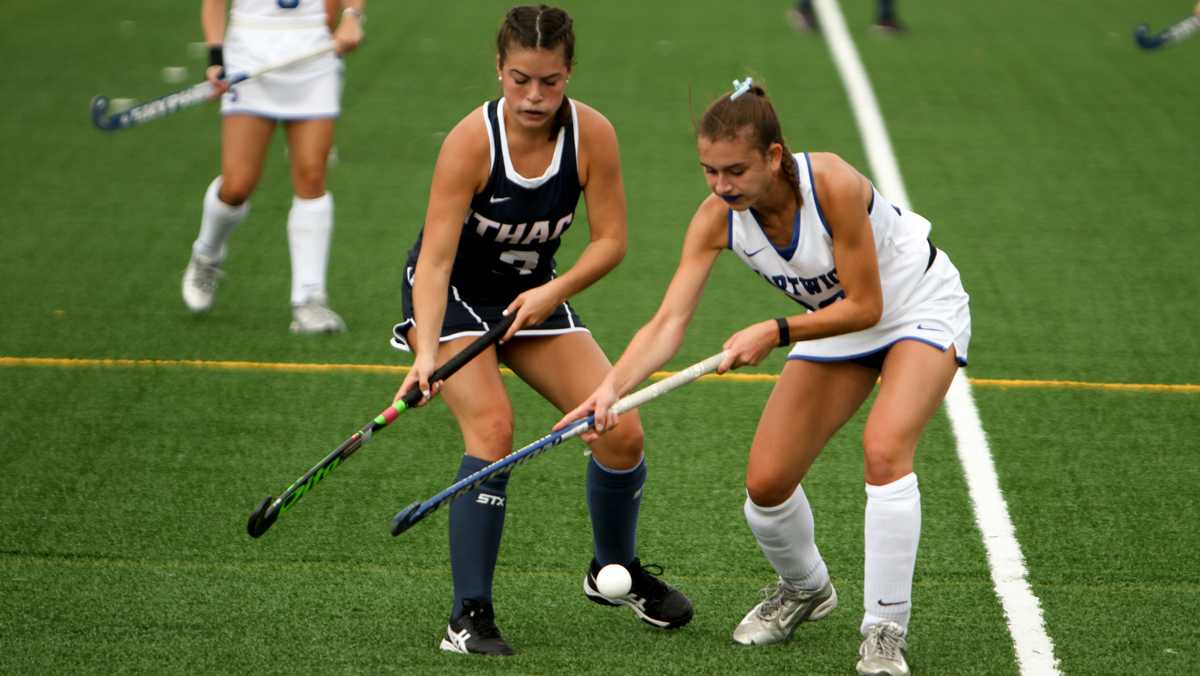 The Ithaca College field hockey team defeated Hartwick College 3–1 Sept.13. This was the Bombers second straight victory at Higgins Stadium, and brings their record to 3–2.

Michaela Donohue scored two goals, one in each half. It did not take long for the South Hill squad to light up the scoreboard, as two minutes into the contest junior midfielder MaryKate Siegel sent a stretch pass to Donohue, who fired it past the Hawks freshman goaltender Allyson Osborne.

But three minutes later Hartwick senior midfielder Lex Richards tied it up on a penalty stroke. Although the Blue and Gold carried the play for the rest of the half, they couldn’t put another goal on the board in the first half.

The Bombers struck again in the 40th minute, when junior back Maddie Keppel finessed a pass across the cage to Donohue, who smashed home her second goal of the game, bringing her to six goals on the season. Junior striker Maria McGloin added some insurance when she scored on a penalty stroke with just under 20 minutes left to play. The lead was all sophomore goalkeeper Savanna Lenker needed, as she was able to shut down the Hartwick attackers for the remainder of the game, totaling six saves in the match.

The Bombers travel to Nazareth College at 1 p.m. Sept. 16th for their next match in Rochester, New York.