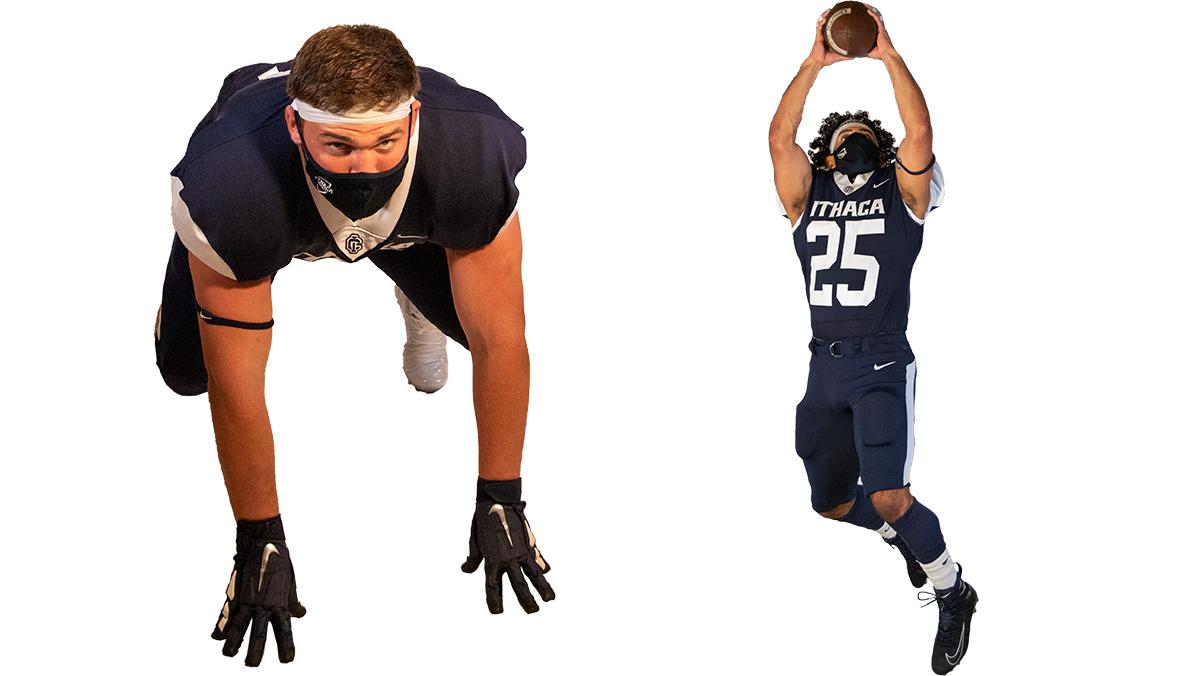 After a year away from the gridiron, the Ithaca College football team will return to Butterfield Stadium this fall. With the 2020 season being canceled due to the COVID-19 pandemic, the Bombers look to pick up right where they left off in 2019. The team finished the 2019 season with an 8-3 record and a win over SUNY Cortland at MetLife Stadium.

Head coach Dan Swanstrom said that to return to this level of success, he has set a goal of getting one percent better every day.

“I know that is not the fancy answer that everybody wants,” Swanstrom said. “I am trying to get the program a little bit better each and every day.”

Senior running back Donte Garcia said fans of the Bombers should expect a young group of players who are ready to compete every Saturday and have their eyes on a national championship.

Garcia said one of the talented players added to the roster is a new quarterback, junior A.J. Wingfield.

“That kid has gotten exponentially better this offseason,” Garcia said. “He is slinging the rock and he has some speed as well and is making some great plays during practice.”

Senior defensive lineman Ed Longest said he is thrilled to be back on the field with the team.

“It is really exciting having everyone back,” Longest said. “We dipped our toes in it back in spring with spring practice, but having all the guys back running around, having fun, I could not ask for any more.”

Swanstrom said he expects Longest to have an impactful season after his hard work during this offseason.

“He has made a big commitment to his body, to his strength and to his athleticism,” Swanstrom said. “We are seeing some really good things from him early this camp and he just has to stay consistent, do what he is coached to do, and we expect a productive fall from Ed [Longest].”

The Bombers have been known to have an explosive, high-scoring offense, averaging 37.5 points per game in 2019. Swanstrom said he hopes to replicate the offensive onslaught this season with a new lineup.

“Obviously our goal is to score more points than the other team in whatever way possible, but we have a lot of guys who have never played before,” Swanstrom said. “We’re going to have a lot of new starters and we have to see what that looks like when we turn the lights on.”

Garcia said the team members have been doing individual work to prepare to be back on the field every Saturday.

“We have been working for a long time in our basements, in our gyms at home, on the field alone to be able to be a unit on the field together this fall,” Garcia said. “To put all that together on the field as one team, it was a great feeling, a lot of energy and it has just been a long time coming.”

Just two years ago the Cortaca Jug game broke the Division III football attendance record at MetLife Stadium with over 45,000 people in attendance. Longest said he is looking forward to the return of the storied rivalry with Cortland.

“There is a lot of history between the two schools, a lot of tradition and we just get fired up and ready to go after them,” Longest said. “It is going to be a real physical game with a great atmosphere.”

While Swanstrom said he enjoys the atmosphere of the Cortaca Jug, the game does not help the team make the playoffs. He said the rest of the schedule is just as important as that final game.

The Bombers open up their 2021 season on Sep. 4 against Bridgewater State University at Butterfield Stadium.