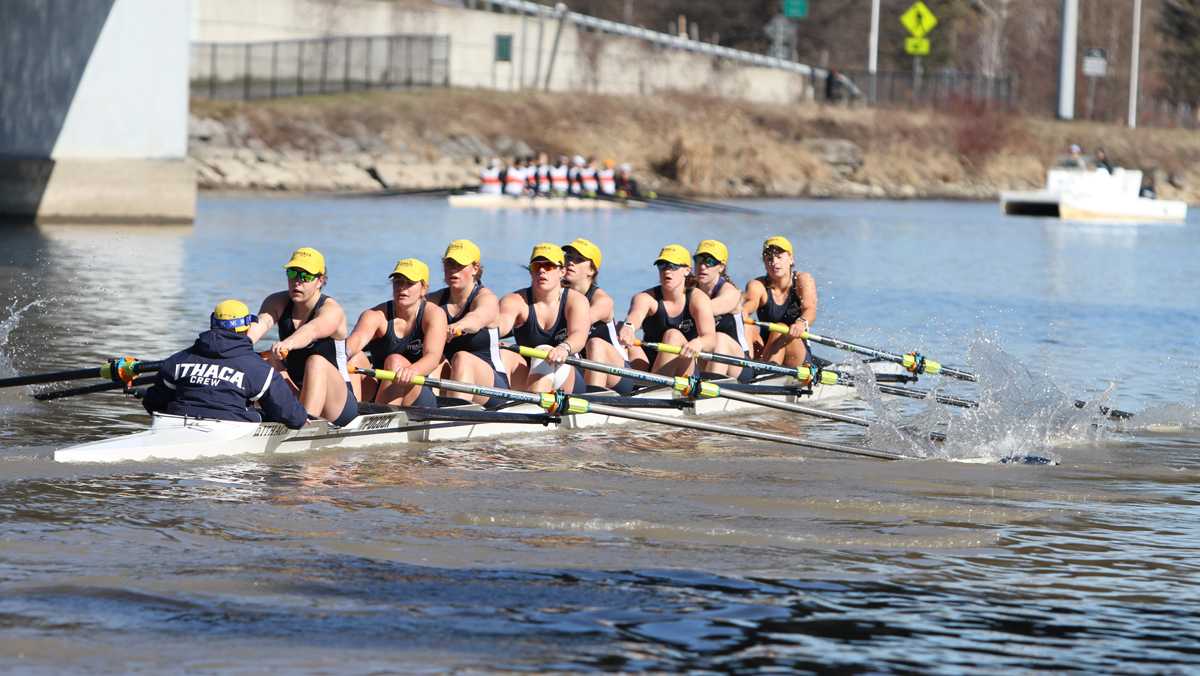 The Ithaca College women’s and men’s crew teams opened their spring season on Saturday, March 31 at the Cayuga Duals meet.

As for the men’s team, the morning posed some trouble as both the first and second Varsity Eight crews finished second to Hobart in their respective races. The first boat fell behind 9.5 ticks to Hobart’s time of 5:53.6, while the second boat trailed Hobart by almost half of a minute, rowing a time of 6:22.8 to the Statesmen’s 5:58.0

The women’s Varsity Eights came to play in the afternoon, with the first and second boats beating out Mercyhurst and RIT, respectively.

The Grand Final featured the first Ithaca Eight clocking a time of 6:45.10, with the Lakers of Mercyhurst finishing at 7:01.0. The second Eight cleared RIT by approximately 20 seconds, the Bombers finishing the race with a time of 6:54.90, while the Tigers finished at 7:15.30.

In the afternoon, the men’s Varsity Eight competed in just one race, falling short to RIT by just 1.2 seconds. RIT notched a time of 6:01.2 with Ithaca right on their tails at 6:02.4.

The South Hill squad will be back on the water against the University of Rochester and the Rochester Institute of Technology at 9 a.m. April 7 in Rochester, New York.