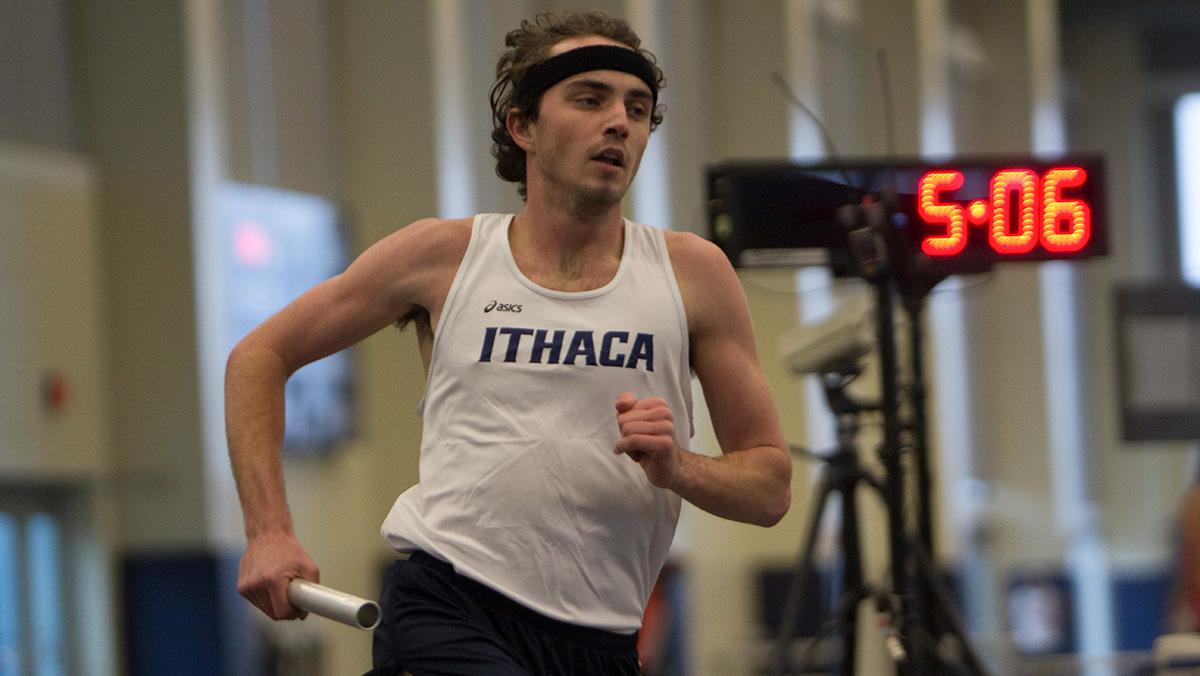 The Ithaca College track and field teams competed at the Greg Page Relays held in the Glazer Arena on Dec. 3. The relays were the first event of the indoor season for both teams, who competed in over 20 events.

In the distance medley finals, the Blue and Gold placed second as a team, with a final time of 12:56.87, 16 seconds behind first-place finisher Cornell University.

Reaching a height of 1.60 meters, Meyer finished third in the high jump.

The Bombers had a great outing in the 3000-meter run, as runners placed in second, third, fourth and fifth place. Swarthout finished eighth in the 500-meter dash finals.

Jennifer Potter, head coach of the women’s track and field team, said that this was one of the best meets they’ve ever had.

“[We were] very solid in everything from starts to getting on the board to getting marks in the jumps,” Potter said.

In the men’s 5000-meter final, Chappell finished first with a time of 15:28.85. Chappell said he was impressed for with the field he was racing in.

“I think I can do better,” Chappell said. “Afterward, I felt like I had more in me to give. So I’m excited for the season coming up as an opportunity to give more.”

Capellaro was the only representative for the Blue and Gold in the 3000-meter run, finishing in second place.

Howes finished fourth in the 500-meter dash, with a final time of 1:05.63, which was less than one second behind the first-place finisher.

Jim Nichols, head coach of the men’s track and field team, said the team did a great job all around and believes that they will keep improving throughout the season.

“It’s a very low-key meet for us because of how hard we’ve been working and stuff like that,” Nichols said. “So, you know, we had some outstanding performances. So it was great.”

The teams will compete next at the Ithaca Track and Field Alumni Celebration at 3:30 p.m. Jan. 7 in the Glazer Arena.