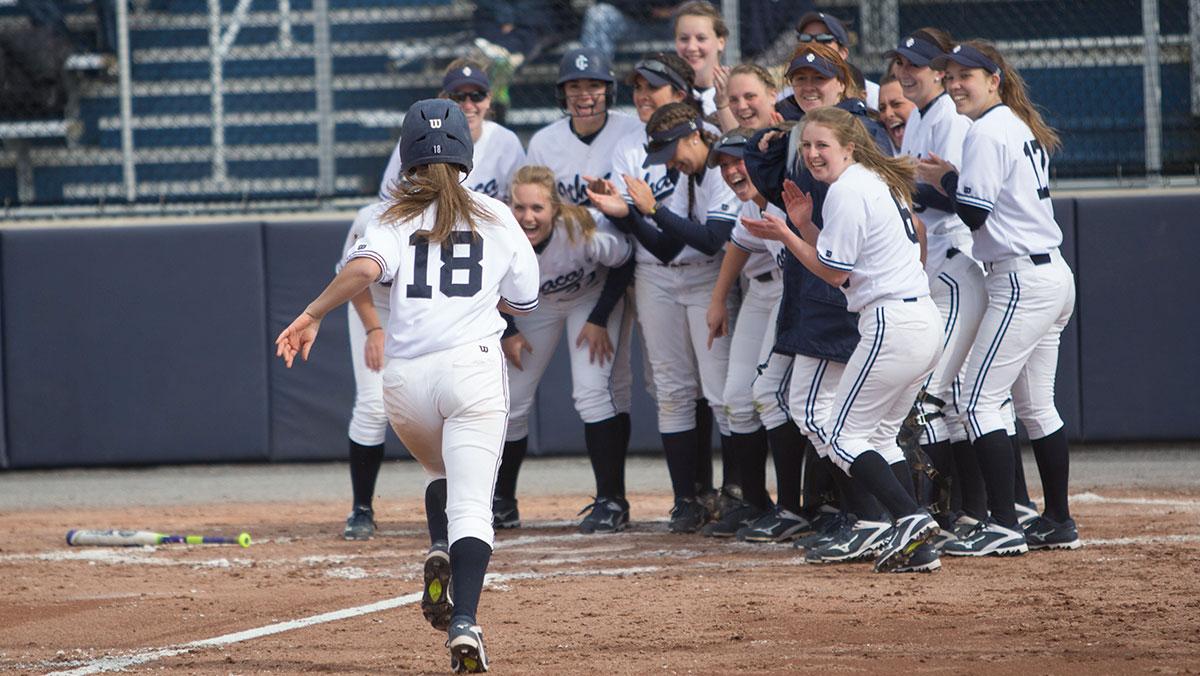 Ithaca College athletics is partnering with other Division III schools across the country to celebrate Division III Week, a weeklong celebration running April 4–10 put on by the NCAA to honor Division III student-athletes.

“It’s an opportunity for student-athletes to show what their lifestyle is like at the Division III level,” Halpern said. “There’s no financial athletic aid in Division III, so everything that a Division III athlete is going through is for the love of the game. They do it for themselves, for their team and for something that is bigger than them.”

Susan Bassett, director of the Office of Intercollegiate Athletics, said the office does a good job of keeping with the vision of Division III athletics.

“In Division III, the real challenge is creating goals and values that match the vision and mission of your college or university as an academic institution, and playing that out in everything you’re doing in intercollegiate athletics,” Bassett said. “We obviously have to be contributing to the value of an Ithaca College education in what we’re doing, and I feel very confident that we do that.”

Division III is the largest division, consisting of 450 schools and about 190,000 student-athletes. Anna Belson, a sophomore on the women’s swimming and diving team and a member of SAAC, said she picked Division III to make sure school was her main priority.

“I picked Division III because academics come first,” Belson said. “I wanted a school that would let me pursue my degree first — because that’s what I’m going to be doing for the rest of my life — versus majoring in a sport.”

One of the main activities this year is a fundraiser for Special Olympics through a “change war,” in which change is collected by student-athlete advisory committees from Empire 8 Conference and Liberty League schools. At the college, the SAAC set up a table outside Emerson Suites with each team’s name on it. Anyone can participate and donate, and it is set as a competition among the 27 sports teams to see which can raise the most money. At the end of the week, they will combine the money and compete with some of the other Empire 8 Conference and Liberty League teams.

The college’s student-athletes have also partnered with the It’s On Us Initiative, a national campaign aimed at stopping sexual assault. Athletes were encouraged to attend the “It Happened Here” screening March 24, a documentary that tells the story of five students who were sexually assaulted on college campuses.

Belson said it is very important for student-athletes to get involved with the campaign.

“What the statistics have found is that, unfortunately, sexual assault is predominantly found in athletes,” Belson said. “So it’s on us, and we are trying to take the initiative to raise awareness and, as a team, show that we are not for it and that we will do anything we can to prevent it. “

According to a study by Jeff Benedict and Todd Crosset, sourced by the National Coalition Against Violent Athletes, one in three sexual assaults on college campuses is committed by athletes.

On April 7, there will be a luncheon for faculty and student-athlete leaders to discuss ways to improve communication. Belson said it can be especially challenging to be an athlete because professors do not always understand why they have to have class at a certain time to avoid conflicts with practice schedules or why they sometimes miss large amounts of time for games.

“We are doing all of this and trying to be an athlete,” Belson said. “We’re not asking for different treatment than a normal student. We are going to be talking logistics and awareness to try and open the door for better understanding.”