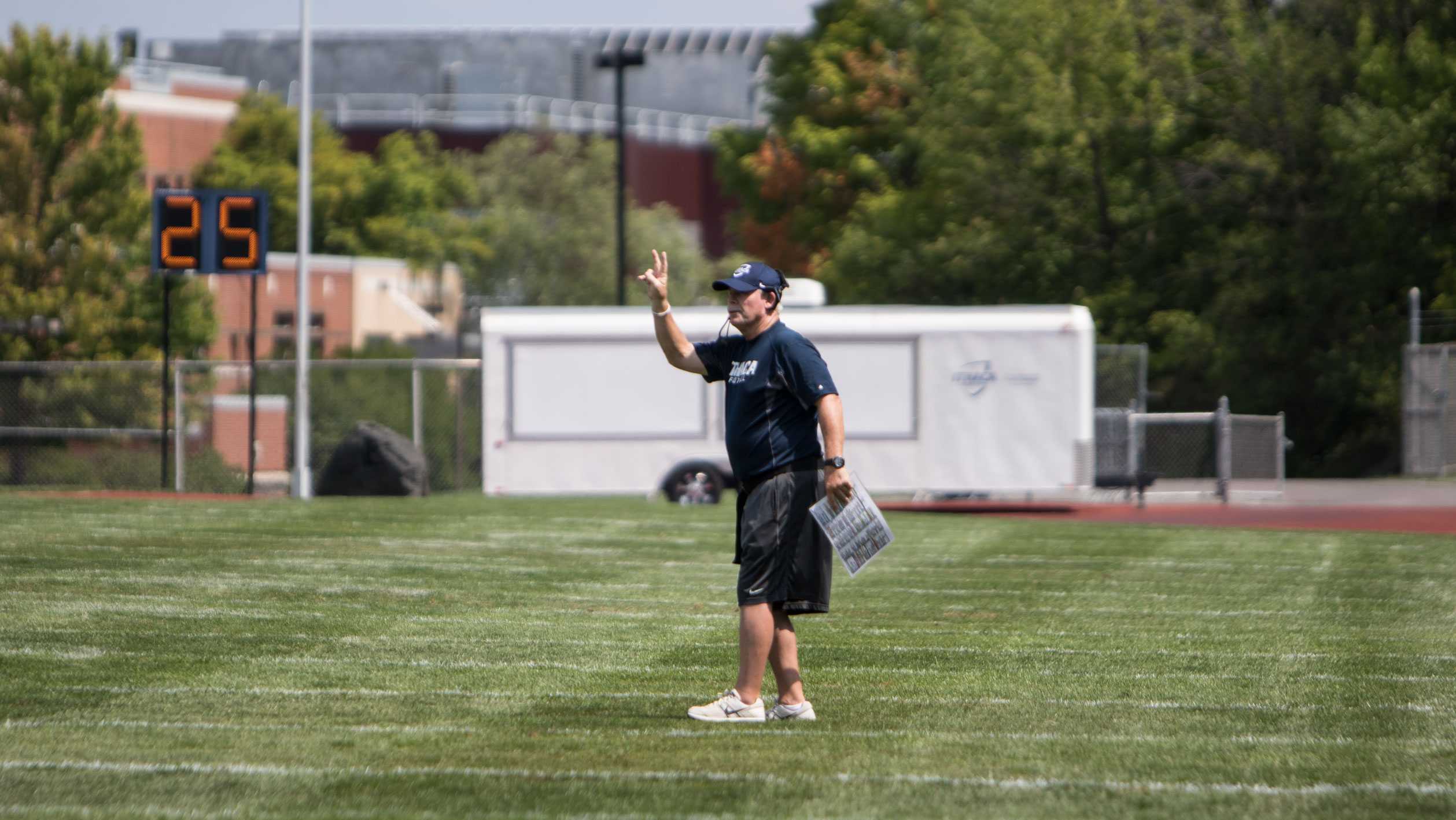 On Sept. 3, Ithaca College head football coach Mike Welch ’73 will take to the field for the first game of the season. However, in just two short months, Welch will hang up his hat and whistle for the last time, and a new leader will take over the squad.

Welch announced Aug. 10 he will retire at the conclusion of this season after 23 years as head coach. Welch said he decided at the beginning of August that he was going to retire at the end of the season.

“I’m at the twilight of my career, and it seemed like the right time for my family and for me,” Welch said. “I’m healthy, and things are good, and I have a nice group coming back and a real nice staff.”

Throughout his tenure, he has led the team to eight Empire 8 Championship titles, a 164–73 record and eight appearances in the NCAA tournament, including one trip to the NCAA semifinal game and three trips to the NCAA quarterfinals. He also coached 32 All-Americans and two Empire 8 Players of the Year.

“He’s taught me a great deal about becoming an adult, including following directions, setting a goal and working to achieve it, and being a team player,” senior safety Anthony Skretny said. “He pushes us as individuals and as a team to give everything we have at all times.”

Senior quarterback Wolfgang Shafer said Welch is more than just a coach to his players.

“He wants us to succeed on the football field, but he’s more interested in making sure we grow up to be better future husbands and future fathers,” Shafer said. “I have a big appreciation for him in that aspect of it.”

Welch was inducted into the Ithaca College Athletic Hall of Fame in 2015 and received the 2016 Outstanding Contribution to Amateur Football award from the National Football Foundation and the College Football Hall of Fame.

He has the second-most wins in program history, behind only Jim Butterfield, the head coach from 1967 to 1993, who led the team to 206 wins. Welch was both an assistant and player under Butterfield, after whom the college’s football field is named.

“Mike has been an extremely valued member of the Ithaca College family for decades, and will continue to be a special part of our community moving forward,” Chris Biehn, vice president for institutional advancement and communication, said in a letter sent to alumni. “We wish him the best as he and his wife, Sue, begin a new chapter in their lives.”

The Office of Intercollegiate Athletics will begin a national search for Welch’s replacement this November and plans to have a new head coach named in December.

After achieving only a 4–6 record last season, the Bombers will begin their 2016 campaign Sept. 3 against Union College at Butterfield Stadium.

Shafer said he was initially shocked when Welch told the team he will be coaching his last season as a Bomber. In general, Shafer is happy to see Welch move on in life.

“Personally, I was happy for him,” Shafer said. “He’s had quite the career and has done some great things on and off the field for Ithaca College. I was just so proud of him and happy he was able to make this decision for himself.”

Skretny said he wishes to give Welch a memorable final season.

“The team’s goals are the same that they have always been: win the Empire 8, beat Cortland, get a bid into the playoffs and win a national championship,” Skretny said. “When it comes to honoring his legacy, I think the biggest honor would be giving coach Welch the best season he’s ever had as the Bombers’ head coach and send him away the right way.”

Welch said he has enjoyed his time here but is ready to start a new chapter of his life.

“I really enjoy what I do,” Welch said. “I love Ithaca College. I love our team, our players and staffs. I love working within our athletic department. It’s been great. It hasn’t been an easy decision.”

Bombers ready to take back the Jug in 57th annual Cortaca