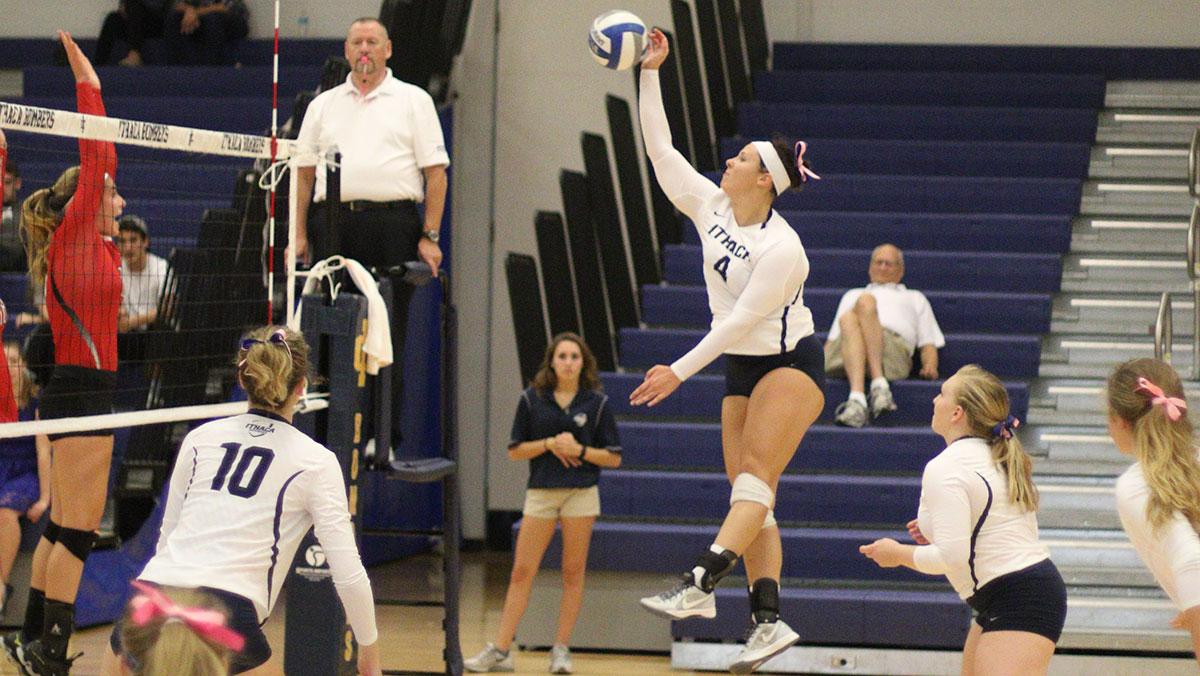 In the first set, the lead went back and forth. The score was tied 12–12 until the Bombers advanced into the lead, winning the first set and defeating the Red Dragons 25–20.

The Bombers took the lead early in the fourth set and remained in the lead for the duration of the set. The team’s comeback efforts after losing the second and third sets resulted in them winning the fourth set 25–10.

The Bomber’s next game will be against Utica College at 11 a.m. Oct. 22 in Ben Light Gymnasium.

Despite a whole new coaching staff, the Ithaca College volleyball team, led by new head coach Johan Dulfer, has not missed a step.