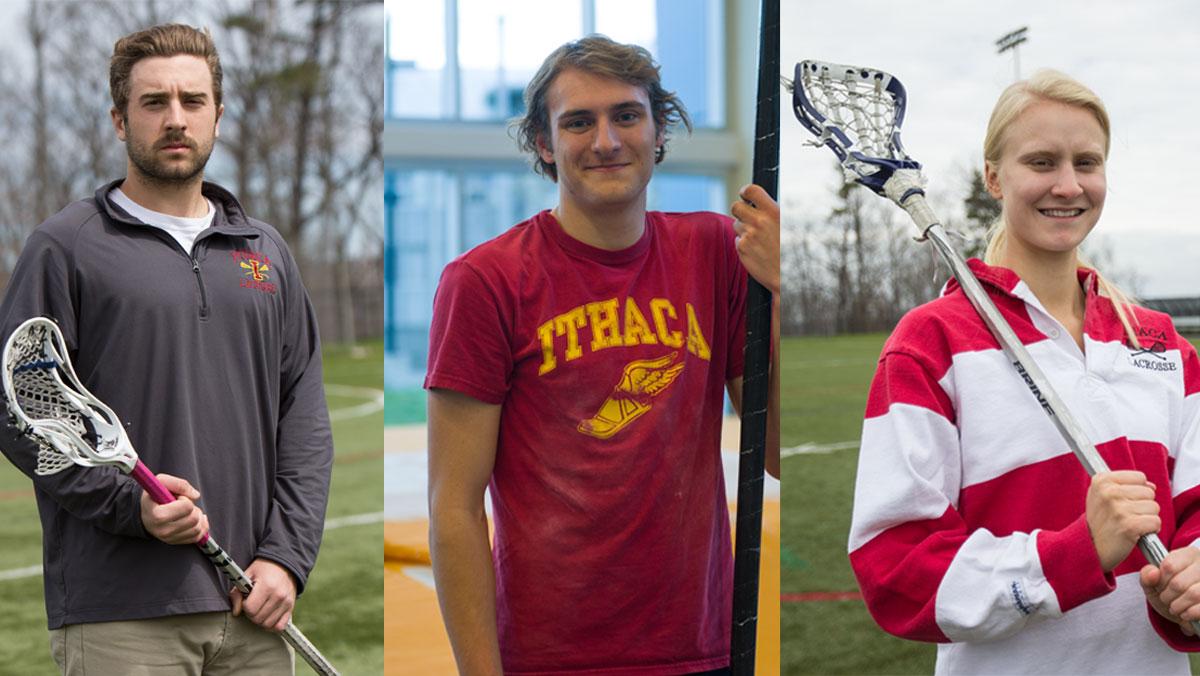 Before high school senior athletes commit to a college, they factor the value of education and athletics into their decision. For many people, location and distance from home are also factors, but not for the 10 Ithaca College student-athletes who hail from just a short distance away.

At the college, 10 student–athletes out of the approximately 700 at the college graduated from Ithaca High School. These athletes say they still feel they share the same college experience as any other student. 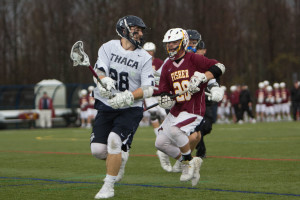 One of these athletes is junior Grant Osadchey. He has been a member of the current nationally ranked men’s lacrosse team for three seasons. Osadchey, originally from Orchard Park High School in Orchard Park, New York, moved to Ithaca entering his senior year of high school, where he continued to play lacrosse. At Orchard Park, he played with current Bomber teammate John Januszkiewicz. When Osadchey and Januszkiewicz realized they both committed to the college, they decided to room together their freshman year.

Osadchey said he never initially intended on staying in the same town when moving to college. However, he said he eventually realized the college was the perfect fit for him.

“I never really knew where I wanted to go, just wherever I kind of felt a connection to,” Osadchey said. “Then, after looking at Ithaca and staying with some of the guys on a recruiting visit, I realized this was the place I wanted to come to.”

Despite the small distance away from home, Osadchey said, he feels he has the same college experience as everyone else.

“I don’t think about going to the school as in it’s my same town I grew up in. I think about it as going to school,” Osadchey said. “I don’t really know how it feels to be a person who lives 500 miles away, but I figure it’s pretty much the same thing. I just have remote access to just go to my house whenever I want.” 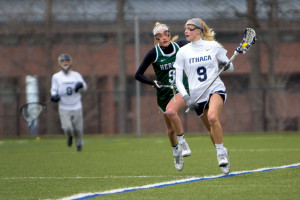 Sophomore Molly Long, a member of the women’s lacrosse team, said she had no doubts in her mind about continuing her family tradition of attending the college.

“Both of my sisters went to Ithaca College, so it was kind of a part of our family,” Long said. “And then I kind of always knew I would come here, and I could also play lacrosse. Plus, it’s a really good school.”

Long said she is consistently asked about how weird it is to have grown up in Ithaca and go to college in Ithaca, and Long said she does not see anything odd about that.

“I feel like I’m in my own little town,” Long said. “It’s different but the same.”

Long said the only disadvantage to not moving as far away as most college students do is the intertwining of her local and college lives.

“Sometimes it’s weird when my local life falls into my college life,” Long said. “When those two worlds combine, it’s definitely kind of weird to control.” 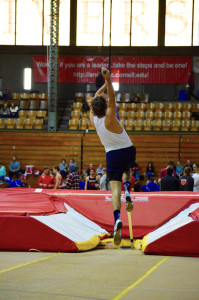 Markwardt attended pole vaulting clinics held at the Athletics and Events Center in summers and winters during high school, which were hosted by Matt Scheffler, the track and field assistant coach, who specializes in pole vault.

Markwardt evidently decided on the college due to his familiarity with the campus and an influence from Scheffler.

“When I started seriously looking at colleges, I really had no idea what I wanted to do,” Markwardt said. “I only applied to this school because I didn’t feel strongly about any school in particular, so it made the most sense to come here.”

Markwardt said he feels he has been living the same college experience as everyone else, with obvious similar differences as Long and Osadchey. He feels that living on campus ultimately exerts the same experience on all students.

Although the community environment is the same, the athletes have seen major differences with their respective sports. Like all other student–athletes transitioning from high school to college athletics, Osadchey, Long and Markwardt said competition and practices have a higher intensity than they had ever experienced before.

“It’s similar because everybody came from different areas — everybody has different backgrounds in high school,” Osadchey said. “So coming here, I’m pretty used to a diverse team.”