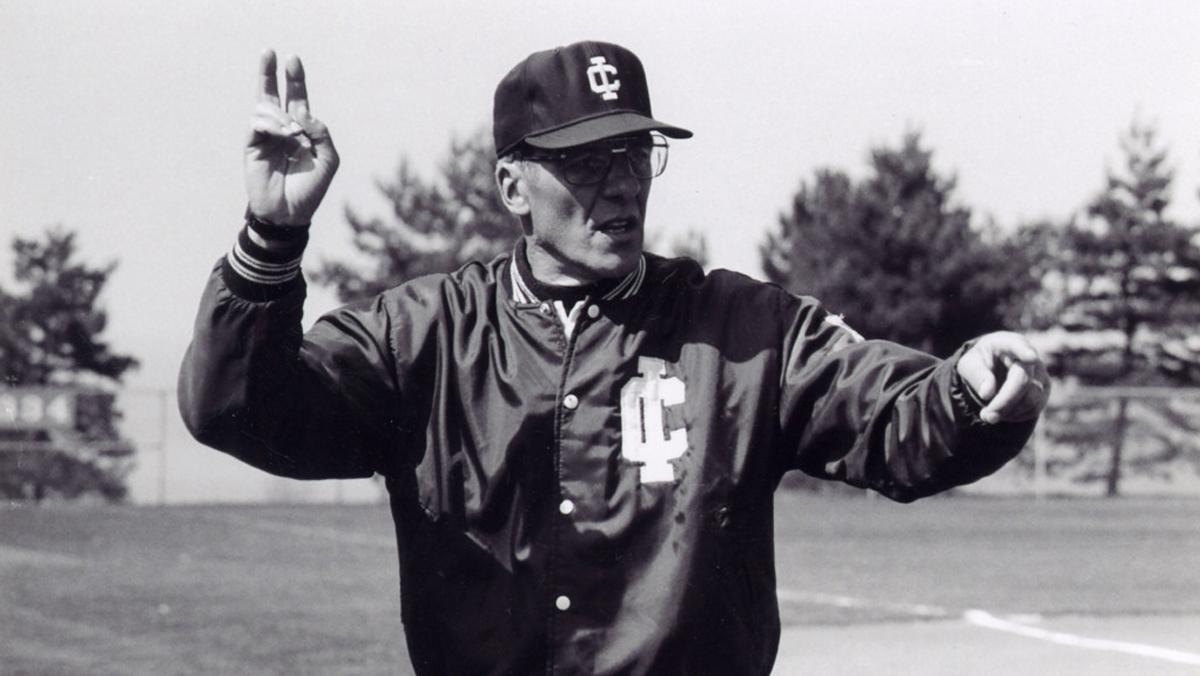 PHOTO COURTESY OF GEORGE AND DIANE VALESENTE
George Valesente announced his retirement after 41 seasons as the Bombers' head baseball coach. Valesente never had a losing season during his tenure.
By Emily Adams — Sports Editor
Published: June 25, 2019

George Valesente, Ithaca College men’s baseball head coach, will retire from his position after 41 seasons at the helm of the program. Valesente concludes his legendary career with 1,136 wins, 30 conference titles and two national championships.

Valesente competed in varsity baseball, soccer and basketball for the Bombers, and he graduated from the college in 1966. He joined the Bombers’ coaching staff in 1979 after brief tenures at The College at Brockport, SUNY Maritime and SUNY New Paltz. He also spent four seasons playing professional minor league baseball.

“It is very difficult to understand how my 41 years as a coach have passed so quickly,” Valesente said in an email to players. “I remember expressing this same thought to each team as we began another season…it will go by quickly, so make the most of it.”

The Blue and Gold made NCAA tournament appearances in 35 of Valesente’s 41 seasons as head coach. He also continued the South Hill squad’s winning-season streak that began with Bucky Freeman in 1939. The team has had 81 consecutive winning seasons, the longest streak of any collegiate baseball team across all three divisions.

Valesente coached 31 All-American athletes during his time at the college, and 42 of his former players have gone on to sign professional baseball contracts. Tim Locastro ‘13, who played under Valesente, is currently competing in the MLB for the Arizona Diamondbacks.

Valesente was inducted into the college’s Hall of Fame in 1980, and the Valesente Diamond at Freeman Field also pays homage to his accomplishments as a Bomber. He joins head softball coach Deb Pallozzi in retirement following the 2019 season.

Valesente’s retirement will officially go into effect July 31, and the college’s athletic department stated that the search for a new coach will begin immediately and that it intends to make a hire by September.