Men’s basketball wins fourth game in a row over RIT 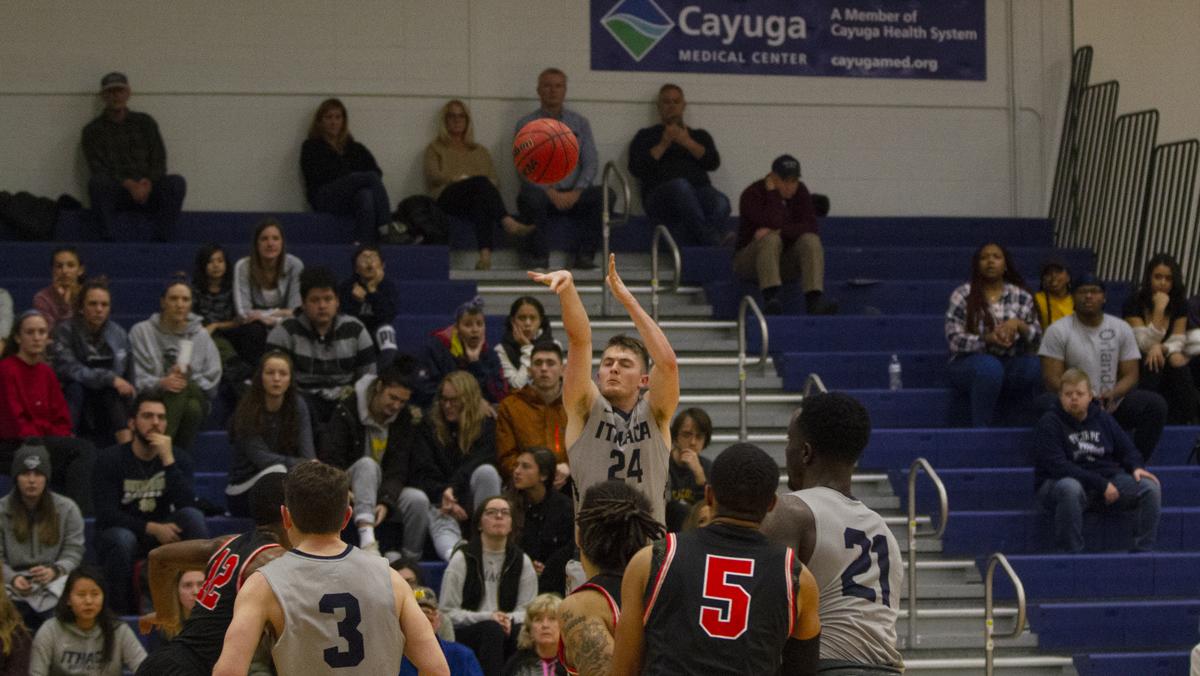 Well-balanced team offense in both halves secured the victory for the Ithaca College men’s basketball team 82–70 against the Rochester Institute of Technology Tigers on Feb. 5 in Ben Light Gymnasium. The Bombers were able to explode offensively, scoring 12 3-pointers and 41 points in each half.

Freshman guard Skylar Sinon has been a key contributor in recent games. Against RIT, the freshman finished with 18 points. Thirteen of Sinon’s 18 points came in the first half. He was also named Liberty League Rookie of the Week for his performances against Skidmore College and Rensselaer Polytechnic Institute on Feb. 1 and 2.

A key factor in the the Blue and Gold’s win was their ability to control the pace of the game early in transition. Senior forward Peter Ezema’s eight steals had a significant impact in the team’s transition offense. Ezema was just two steals shy of a triple-double as he notched a team-high 20 points and 14 rebounds.

Other contributions for the Bombers were made by junior guard Riley Thompson with 19 points and senior guard Matt Flood with 14 points.

Senior guard/forward Jaymee Rosser led the way for RIT with 15 points. Junior guard Will Atkinson also did well for the Tigers with 13 points.

The South Hill squad is now on a four-game winning streak and is 12–9 overall with an 8–6 Liberty League record. The team will round out the regular season with four road games. The Bombers will be back in action at 7 p.m. Feb. 8 in Potsdam, NY, to take on the 4–16 Golden Knights of Clarkson University.