Men’s cross-country looks to be challenged at Liberty League 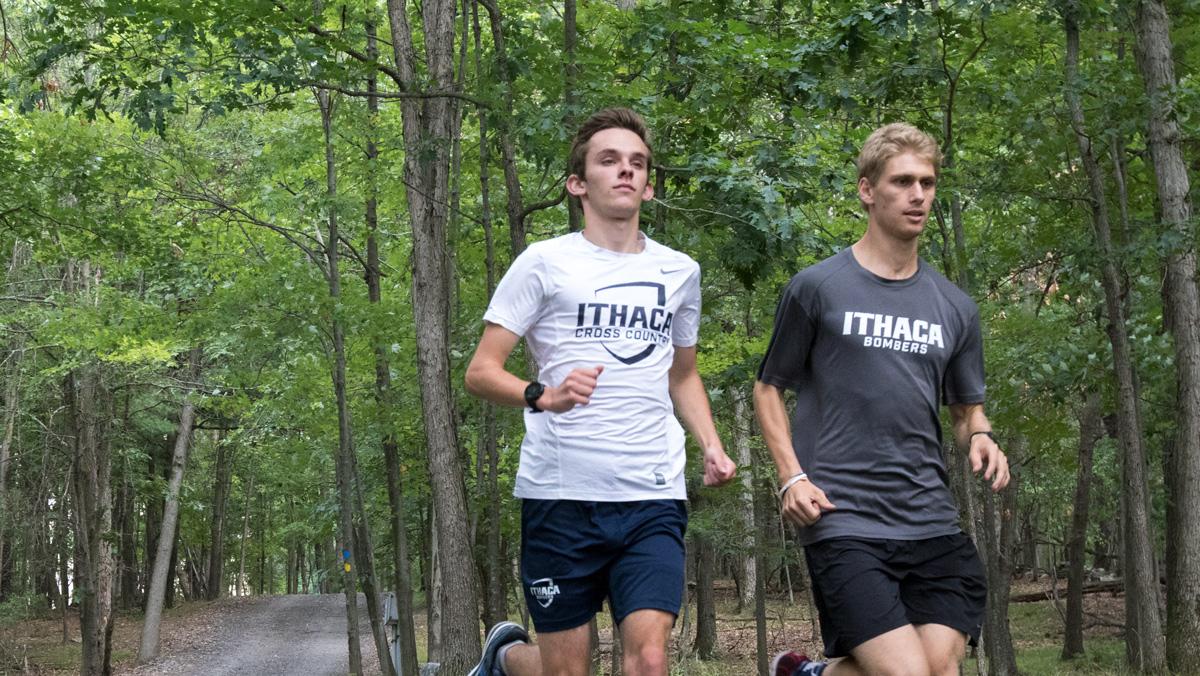 With a big impact made by the freshman and sophomore classes last year, the Ithaca College men’s cross-country team looks to match its success in the 2016 season. The reigning Empire 8 champions will be moving to the Liberty League, which has tough competition, including Rensselaer Polytechnic Institute and Rochester Institute of Technology.

RPI and RIT had three of the top five runners in the NCAA Division III Atlantic Region Championships, with RPI finishing second in the region.

“The level of competition will certainly increase, but we’re ready for it,” junior runner John Blake said. “The Liberty League has some really good teams like St. Lawrence and RPI, just to name a few. We’re excited for the challenge. The conference championships should be a very competitive race.”

The Bombers have to adjust to the change in conference, and it will be a big switch as they are coming off seven consecutive Empire 8 Championships. As a result, they will have to step up their play against top teams.

The Blue and Gold finished in ninth place in the 2016 NCAA Division III Atlantic Region Championships, with seven Bombers competing in the race. Out of that group, Sean Phillips ’16 advanced to the 2016 NCAA Division III Cross Country Championships, where he finished 148th out of 278 runners. In the regular season, the team had three top–10 finishes and three top–20 finishes.

Coming into this season, the Blue and Gold have 11 newcomers who will look to make an impact in their freshman or transfer seasons. The team has seven sophomores, two juniors and four seniors, including key returners sophomore Garrett Bampos and junior Dan Hart.

Head coach Jim Nichols laid out the expectations for the Bombers and the need to fill in for the graduated runners. The team lost Phillips and Shane Connor ’16 due to graduation, but four of its top seven will be returning this season.

“Our expectations are to improve and get better,” Nichols said. “We are in a new league. We have tougher competition with RPI, who went to nationals last year.”

Bampos said the change in conference will motivate the team because the squad will be competing against even harder teams.

“Going into the Empire 8 championships last year, our coach and captains were relaxed and resting,” Bampos said. “RPI and RIT have extremely good distance squads and good track and field teams overall, but then when we roll around to the regionals, Geneseo is one of the best in our region. So if we want to make it to nationals, we have to be runner–for–runner with them.”

Nichols said he is hoping the team’s veterans step up and be leaders for the new freshmen.

“I think the greatest asset is they have their freshman year under their belt,” Nichols said. “They now understand our system of training, what we are trying to do, and how we prepare for meets and competition.”

The men’s and women’s cross-country teams travelled to the University of Wisconsin–Oshkosh to compete in the NCAA Pre-Nationals meet at the Lake Breeze Golf Club in Winneconne, Wisconsin.