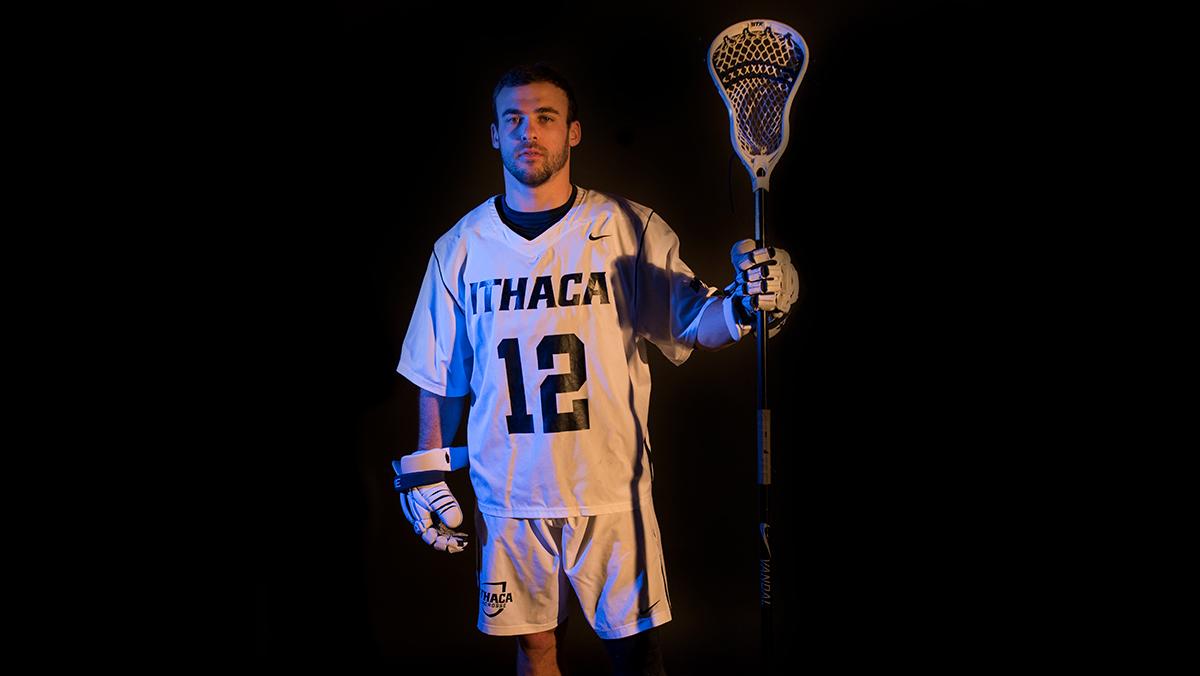 In 2016, the Ithaca College men’s lacrosse team had one of its best seasons: It finished 20–2, won the Empire 8 Championships and made it to the quarterfinals of the NCAA Championships. But the return to success will involve overcoming some significant roster changes.

Head coach Jeff Long, National Lacrosse Hall of Famer, will begin his 30th season with the team hoping to maintain the level of talent it presented a year ago. The Blue and Gold had placed second in both U.S. Lacrosse Magazine’s and Insider Lacrosse’s Preseason Top 20. They also cracked the top five of the United States Intercollegiate Lacrosse Association Coaches Poll, in which they placed fourth.

The Bombers set the bar high in many areas, such as their offensive skills. The team averaged 16.91 goals a game last season, which was the third–best for Division III, behind Tufts University and Rochester Institute of Technology.

One goal the South Hill squad has in mind is to continue its 18-game winning streak at home, which dates back to March 17, 2015.

Maintaining the streak might be more difficult this year, as four of the five captains graduated last year. These players include long-stick midfielder Andrew Dietz ’16, midfielder Michael Walker ’16, defenseman Eli Gobrecht ’16 and goalkeeper Scott Sidnam ’16. Gobrecht and Sidnam were Empire 8 Players of the Year in their respective positions.

The Bombers will return all their starting attackmen, including junior Jake Cotton, who set the single-season record with 99 points and 53 assists; senior Jack Shumway, the team leader in goals; and senior captain John Januszkiewicz, who was also a captain last year.

One of the biggest challenges the team faces is who will play the goalie position, as Sidnam, who had 186 saves during his final season, has graduated. Senior Jack Deragon, who amassed 161 minutes and 16 saves in–cage, will most likely be the team’s starting goalie. Other options include senior Justin Isaacs, sophomore Davis Bird and freshman Robby Atwood.

Shumway said there are still some voids that need to be filled on the field, but that just means each player will have to work harder to have the same success as years past.

“Losing the Goalie of the Year and the Defensive Player of the Year was a big trophy that left the case, but I have trust in our guys,” he said. “You need to trust your teammates, and everyone is coming together doing that.”

With all of the roster changes, Long said, the team is going to have to work even harder to have the same success as last year.

“Our mission right now is getting tougher mentally and physically and searching for the team leadership,” Long said.

Cotton said one of the team’s main goals for the year is to be able to work together as a unit instead of scoring individually.
“I think playing together as a team is what’s going to make us great and making sure we capitalize on as many opportunities as we can,” Cotton said.

The men’s lacrosse team season ended with a 19–7 loss to Tufts University May 18 in the NCAA Championship quarterfinals.

The men’s lacrosse team defeated Montclair State University 11–8 in the second round of the NCAA Championship on May 14 in Higgins Stadium.