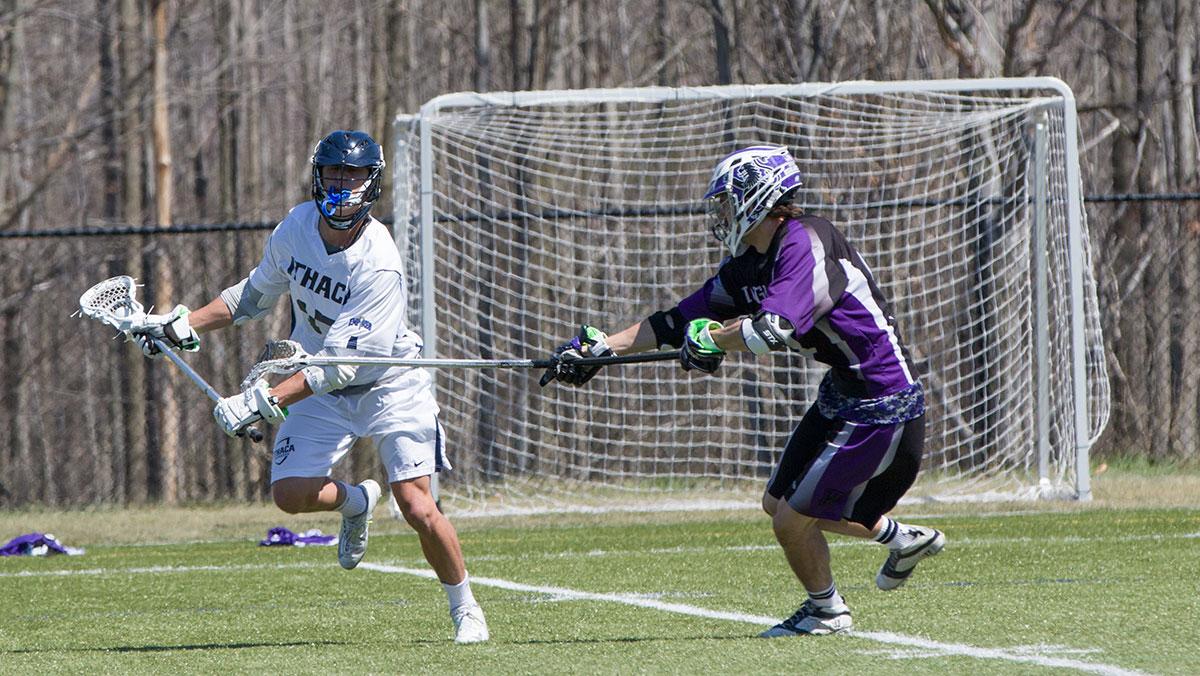 The No. 11–ranked Ithaca College men’s lacrosse team took home its 10th consecutive win April 16 at Higgins Stadium against Houghton College by a score of 19–2. The Bombers are now 12–1 at home and 5–0 in the Empire 8 Conference.

In a surprise move, Bombers head coach Jeff Long did not play any of his starters or any of the bench players in the team’s rotation in this game. However, that did not slow the team down at all.

After securing a large lead in the first quarter, the South Hill squad slowed down the pace of the game, putting up only four goals in the second quarter, three of which came off the stick of Crosson and the fourth one from Glowner. The Highlanders were able to get on the board in the quarter when junior attackman Paul Chapman snuck through the Bombers defense for a goal.

The Bombers continued their slow pace into the third quarter as they only scored three goals. Hulme netted two goals and Ferrito scored one. Senior midfielder Josh Bailey of Houghton scored his team’s second and final goal of the game in the third.

Crosson nailed two more goals in the final 15 minutes of play for the Bombers, and Glowner and Davis each scored one goal to cap off the 19–2 victory.

Junior Jack Deragon started in goal instead of senior and two-time Empire 8 Goalie of the Year Scott Sidman, but only played the first half. Junior Justin Isaacs took his place for the third quarter and freshman Davis Bird played the fourth quarter and collected his first career save.

The Bombers hit field next at 4 p.m. April 19 when they travel to Rochester, New York, to take on No. 2–ranked Rochester Institute of Technology.