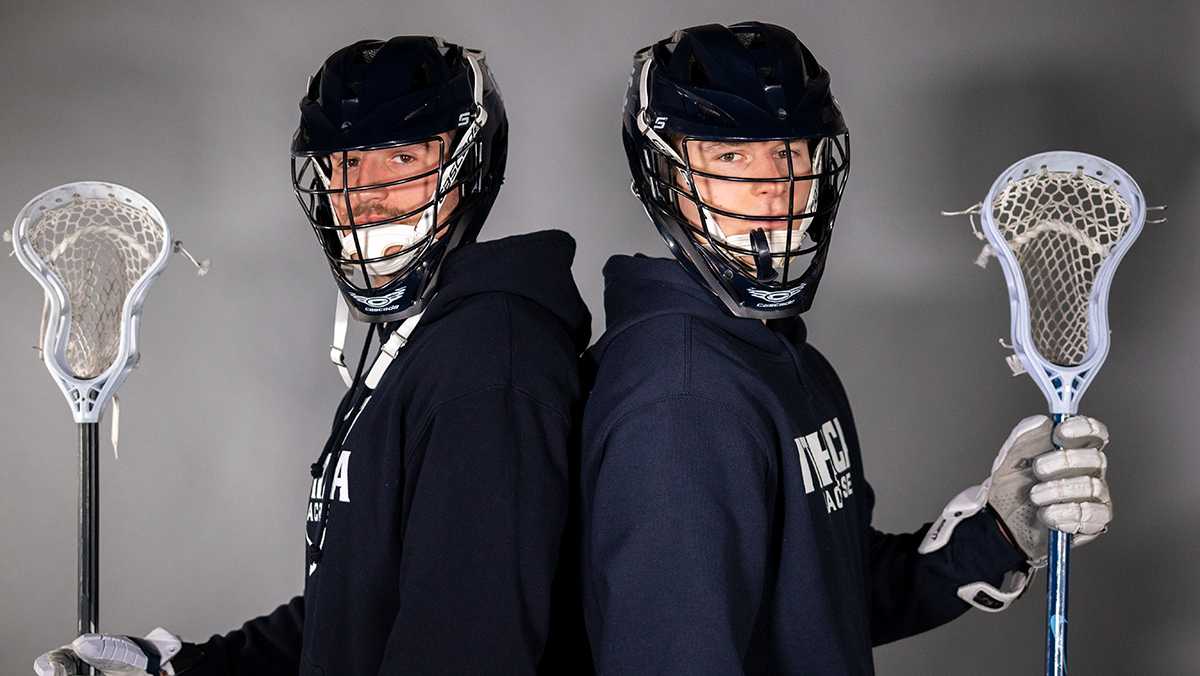 In a stacked Liberty League conference, the Ithaca College men’s lacrosse team is looking to establish itself as a top team in the league.

The South Hill squad is returning 21 upperclassmen this year, 14 of which are seniors. After losing key players like defenseman Jake Hall-Goldman ’21, senior defenseman Demetri Lowry is expected to follow up his strong 2021 campaign with even better results. Lowry, who was named a 2022 preseason All-American by Inside Lacrosse and the United States Intercollegiate Lacrosse Association, forced 1.6 turnovers per game, fourth in the conference.

Lowry said this year, he is going to leave it all on the field to push the Bombers to the top of the conference.

“We have a lot of seniors on our team, and we really haven’t had a full-go season since our freshman year,” Lowry said. “So considering this is most of our last gos, we really want to push as far as we can in the Liberty League.”

Lowry added that the overall goal he has for the team is to make it to the Liberty League championship. The program’s only appearance in the game came in its first season in the league, in 2018 when the Bombers lost to RIT.

Head coach Jeff Long also wants his team to make a run at the end of the season, noting that the Liberty League is one of the toughest conferences in Division III in men’s lacrosse. In order to do that, he said the biggest thing the team needs this year is consistency. Long said he puts faith into his senior class to help build that up for the rest of his team, including relying on senior captains Jae Stuhlman and Lowry.

“I think the biggest thing is consistency and just 60-minute game toughness,” Long said. “No one ever truly dominates for 60 minutes, so you have to be able to deal with a little bit of adversity, not hang your heads and react to mistakes a little bit better.”

On the offensive side of the field, the Bombers will be led by their trio of starting attackmen, sophomore John Sramac, 2021 Liberty League Rookie of the Year; junior Jake Erickson, 2021 All-Liberty League First Team; and first-year graduate student Connor Brumfield, 2021 All-Liberty League Second Team. Sramac noted the last time he played a full schedule of games was during his high school playing days due to the COVID-19 pandemic. The sophomore echoed his coach’s comments, emphasizing how important it will be to not get too high or too low after plays or games.

Although the team’s experience is a strength, Sramac said the team has a strong group of underclassmen everyone can rely on as well.

“I think for guys like myself and [sophomore] Charlie Niebuhr that got [playing] time toward the end of the year, I think [we have to] take a bigger step this year, improving our game in all types of ways,” Sramac said. “Guys are going to step up who didn’t get time last year, like sophomores that are now juniors are going to have to step up and fill those minutes.”

Lowry added that there are a couple of freshmen who have made a strong first impression during their first season as a Bomber, something he thinks is very valuable.

“[Freshman] Kyle Proctor is very vocal which is great to have,” Lowry said. “Proctor, [freshman] Jack Pastore … I’ve been pretty impressed with them. [They] take chances and aren’t afraid to dodge and get physical, which is something I really like to see and I know our coach Jeff Long really likes to see, when guys don’t care about what grade they are and they just want to compete.”

The team has also brought back a familiar face to the program, assistant coach Torin Varn. Varn recently worked as a volunteer assistant with the Bombers in 2020 and coached at Cornell University last season. Long said it has been an overall positive experience for everyone on the team to have him back.

“He’s got the advantage of knowing some of the guys and he learned a ton of information working over at Cornell,” Long said. “He’s got both an offensive and defensive mind, so we share a lot of stuff together. I think his approach to the game is really positive and the kids seem to have reacted very, very well to him so far.”

With an overall goal of wanting to establish itself as not just a top team in the Liberty League, but also all of Division III, Lowry said he believes the team has the talent to be ranked inside the top-15 overall. In order to do that, the Bombers will have to knock off some of their biggest rivals, something Sramac said he looks forward to every time they meet.

“I just look forward to playing against the best competition no matter who it is,” Sramac said. “Whether it’s in-conference like Union, RIT, that’s the best way to measure ourselves. And also [SUNY] Cortland, because we didn’t get to play them last year, so I haven’t been able to experience that rivalry and I’m definitely excited for that this year.”

When people talk about this year’s team, Sramac said he wants people to say that the group plays fearlessly, is confident and has no regrets, adding that is the only way to play the game. Lowry said he wants the team to make a statement to the elite teams in-conference that the Bombers are here for good.

“I feel like a lot of the teams that we play that are all really good teams, like RIT, Union and St. Lawrence, they’re all in our league and all very good teams nationally,” Lowry said. “I feel as though the way we’ve played them in the past has not been up to par with what we should be doing. So, I feel, like, unproven, in a good way, as in we have a chance to show these teams that now we are competitive with you guys, we can play you and beat you guys, and you should be worried about us.”