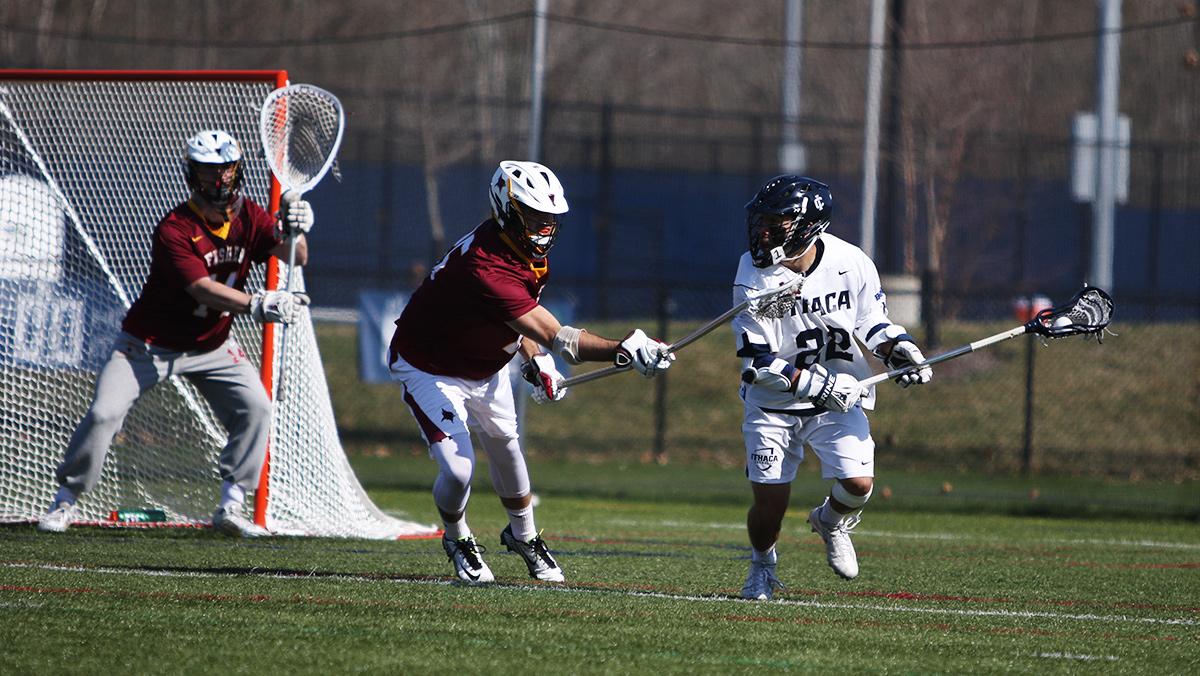 The Ithaca College men’s lacrosse team defeated the St. John Fisher College Cardinals April 12 19–10. The Bombers’ record improves to 10–2 on the year with a 4–1 record in Empire 8 play.

The Bombers were on top of the Cardinals from the beginning, leading 6–1 after the first quarter.

At the half, the Blue and Gold were up 12–3 over the Cardinals.

In the third quarter, the Bombers limited the Cardinals to three more goals and were up 17–6 by the beginning of the fourth quarter.

The South Hill squad will play at 4 p.m. April 18 at Higgins Stadium against non-conference rivals Rochester Institute of Technology.

IC men’s lacrosse suffers their second overtime loss on the road to Steven’s Institute of Technology 11–10.