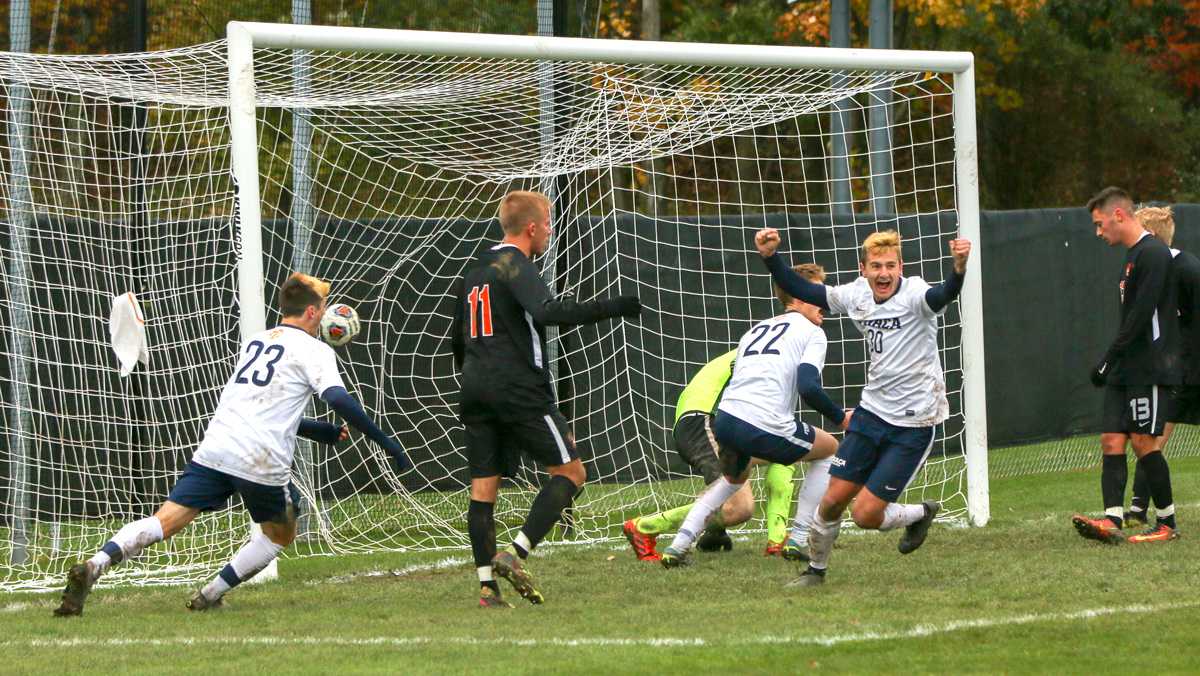 JULIA CHERRUAULT/THE ITHACAN
The men's soccer team celebrates after sophomore striker Jonathan Kyriakidis scores his fourth goal of the season in a win over the Rochester Institute of Technology on Oct. 24.
By Dani Pluchinsky — Sports Editor
Published: October 24, 2018

The Ithaca College men’s soccer team secured a playoff spot in the Liberty League Conference tournament with a 1–0 victory over the Rochester Institute of Technology on Oct. 24.

The lone goal of the game was scored by sophomore striker Jonathan Kyriakidis.

In the 62nd minute, freshman defender Thomas Pierce launched the ball to the middle of the field from a corner kick, where Kyriakidis headed the ball past RIT sophomore goalkeeper Will Sokol. It was Kyriakidis’ fourth goal on the season while Pierce picks up his third assist.

The Tigers finished the game with three shots on goal while the Bombers finished with six.

The South Hill squad will finish their regular season schedule with their last Liberty League game at 2 p.m. Oct. 27 at Carp Wood Field against Vassar College.