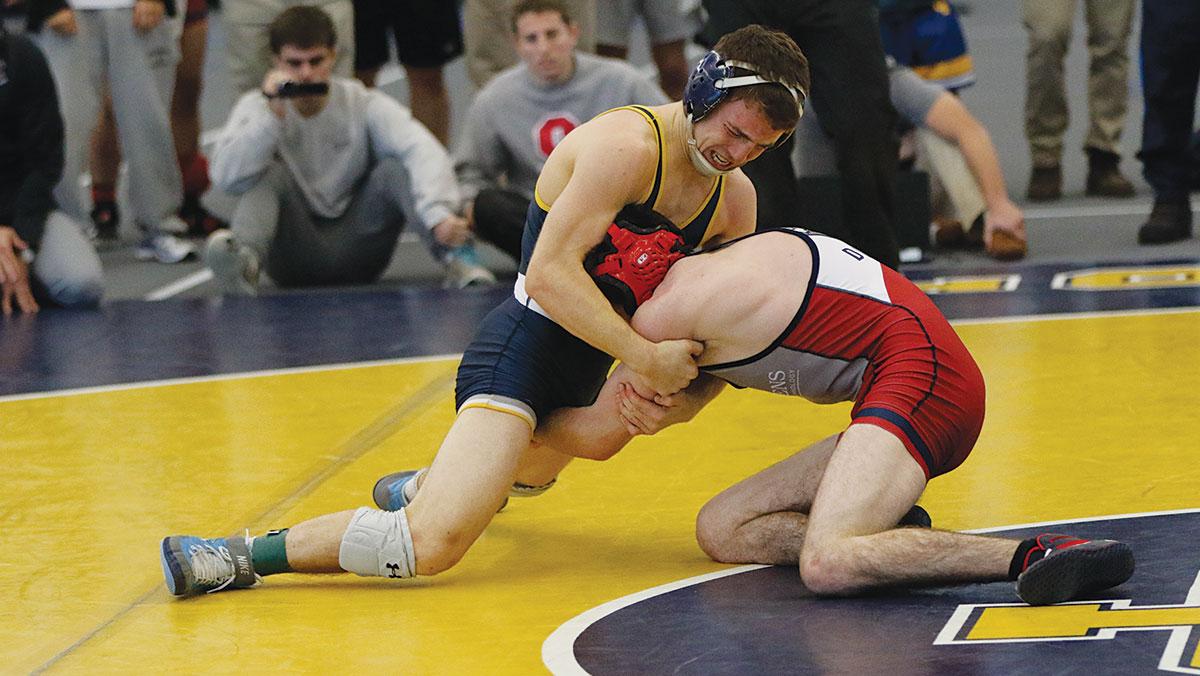 The nationally ranked wrestling team emerged victorious for the third straight year at the Empire Collegiate Wrestling Conference championships in Rochester, New York, on Jan. 16, grabbing 203 points and a first-place team finish to cap off a successful tournament.

The Blue and Gold saw six of their wrestlers make it to the final match of their respective weight class, with junior co-captain Jimmy Kaishian, junior Nick Wahba and Sophomore Nick Velez claiming victories for the Bombers.

Kaishian led by example, going 3–0 in the winner’s bracket of the 125 lbs. weight-class and defeating SUNY Brockport senior Asher Kramer by the way of a fall in the final match.

Wahba recorded a 5–0 win over Rochester Institute of Technology’s junior Jake Sepor in the 141 lbs. weight-class, giving the Bombers their second first-place finish of the day.

Velez rounded out the top-place finishers for the Blue and Gold, snagging a 5–0 win over SUNY Cortland junior Colin Barber.

Junior Matt Booth saw his effort thwarted by SUNY Brockport senior Cole Tristam after a fall in the 285 bracket final.

Sophomore Jaison White took third place for the Bombers in the 174 bracket, downing SUNY Cortland freshman Joe Cataldo 13–9 to give the Bombers their sixth highest individual finish on the day.

Senior Dan Glinko and freshman Jake Ashcraft were set to face off in the 197 weight-class third-place bracket when Ashcraft forfeited the match out of respect for his teammate.

“I was just wrestling my teammate,” Ashcraft said. “I would’ve wrestled Glinko, but we just agreed to not wrestle it.”

The win improves the team’s record to 7–4 on the season and gives the Bombers their first win since Jan. 8, when they defeated Cornell College, which at the time was ranked ninth in the nation.

The Bombers looks to expand on their return to winning ways when they travel to Greenville, Pennsylvania, on Jan. 23 for the Thiel College Quad Meet.