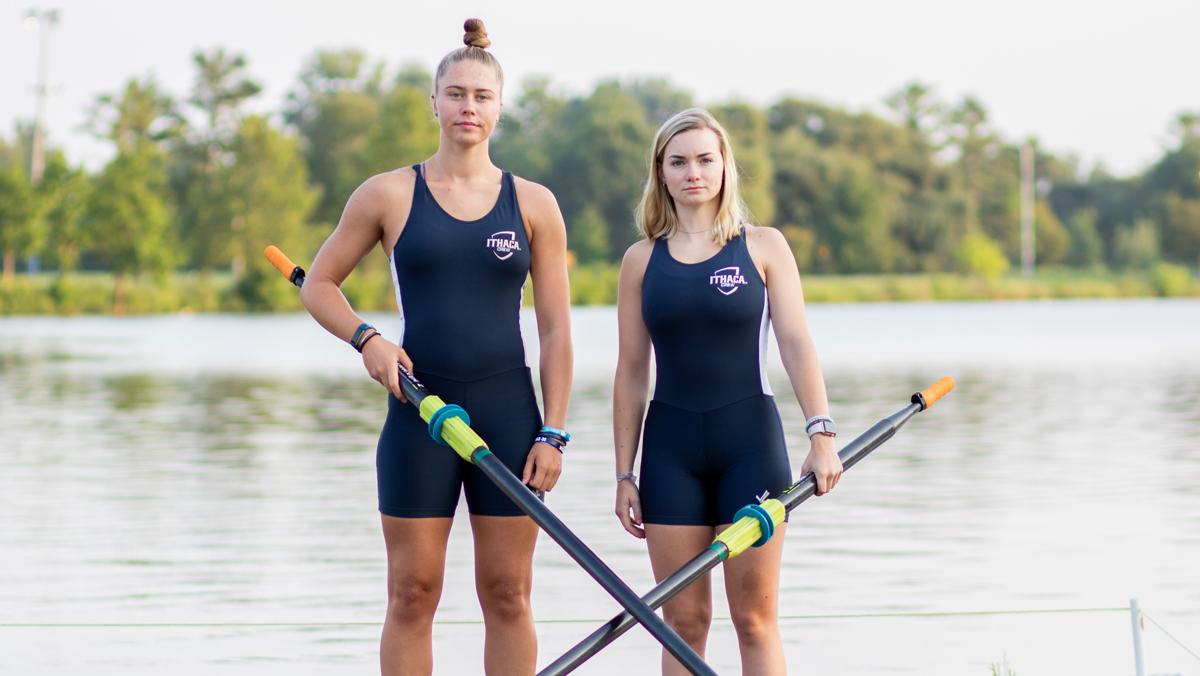 During the 2017 season, the Ithaca College sculling team earned multiple top finishes in all five regattas. The Bombers are looking to maintain their success from last year in this upcoming season.

The South Hill squad took gold seven times throughout the 2017–18 season. Along with multiple scullers earning Top 5 finishes in the Small Boat Championships, Colby D’Onofrio ’18 earned a second-place finish in the collegiate 1x with a time of 8:31.92. Junior Jennie Brian took home bronze with a time of 8:48.66.

At the conclusion of the fall season during the Cornell Autumn Classic, Meg Dicostanzo ’18 and D’Onofrio constituted the team’s ‘A’ boat and finished first with a race time of 15:27.4. The team’s ‘B’ boat, which featured senior Sierra Keat and Libby Burns ’18, came in second with a time of 16:10.1.

Head coach Becky Robinson said the success of the team will be determined by the drive of the athletes.

“I think it’s getting the athletes to realize we are starting from square one and that anything is possible if they are willing to put in the work,” Robinson said. “If they tell me they want to win a national championship, then I will push them harder than if they want to row in a boat with their friends.”

Heading into the 2018 campaign, the Bombers will only have five members returning because 10 seniors graduated at the end of last season. However, senior Sierra Keat said it has not affected the team’s mentality.

“We are really committed to showing the underclassmen the ropes of sculling,” Keat said. “A lot of the people on the team this year haven’t been part of the sculling team before, so it’s exciting to see what they will bring to the team this year.”

Keat said that this season should be exciting because of what the new freshmen can bring to the team.

“We look forward to bringing a fresh new energy to our squad and a whole new set of strengths,” Keat said. “Ultimately, we are looking forward to having our new teammates gain more experience, which will allow them to improve their technique, which ultimately will make the team as a whole faster and stronger.”

Keat said individuals on the team are already starting to take on larger roles. This summer, junior Pearl Outlaw qualified to compete in the World Rowing Championships in Bulgaria on Sept. 8 and earned a spot on the U.S. Para-Rowing National team.

Outlaw said she thinks the team will be successful this season if it keeps up a positive attitude.

“All the girls on the team had awesome mindsets and attitudes and were really willing to make sacrifices and put it in the work it took for us going to NCAAs,” Outlaw said. “I think if we can really install that into the novice women on the team, we can go just as far or even further and win championships.”

The Blue and Gold start the season at the Cayuga Sculling Sprints on Sept. 23. Assistant coach Beth Greene said what she is most excited about for the upcoming season is watching the athletes feel more comfortable in the boats.

“I am looking forward to people being excited to see how they can build on their results from last year,” Greene said. “A lot of the scullers only come into it their junior or senior year, so they have one year where they are just getting comfortable. I am looking forward to see how people in their second year of sculling approach it differently with more confidence.”

Sculling look to get back to nationals and win gold