Sculling team looks to propel program in the right direction 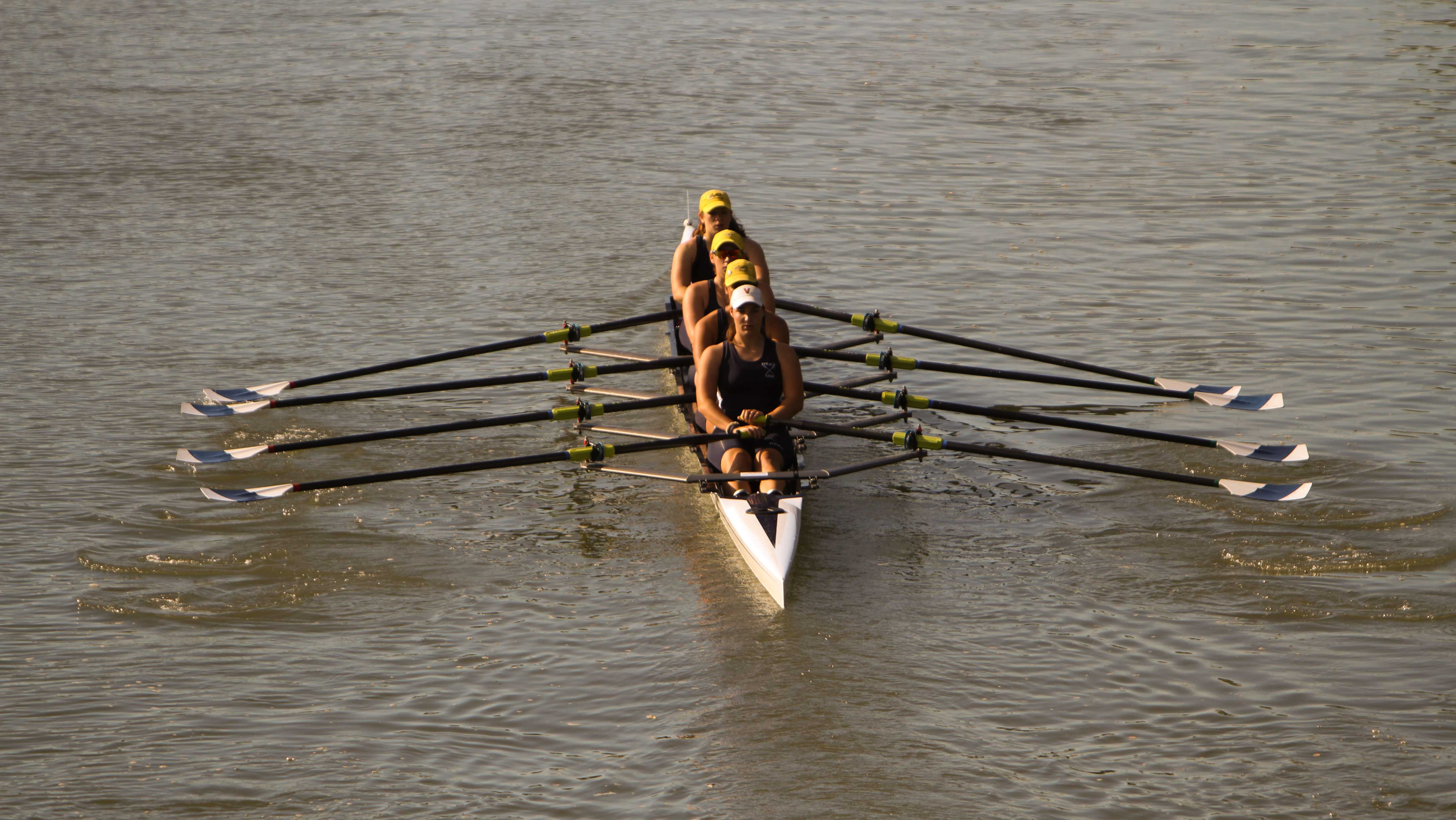 Despite graduating almost half of its squad, Becky Robinson, head coach of the sculling team, said the Bombers are more prepared than ever to be a dominant force on the water. However, with five graduated seniors, the team will still have many gaps to fill.

Robinson said out of each of its previous three seasons — having only been a varsity sport at the college for four years now — last season was the year the team made the most significant progress. She said last year’s team seemed more experienced, and the Bombers finally figured out how to become a cohesive unit.

Senior captain Katie Ely said despite the loss of five members from the previous season —  Rachel Brogle ’15, Alexandria O’Neill ’15, Kellie Palladino ’15, Jennie Peterson ’15 and Delaney Pfohl ’15 — the team can do nothing more than look toward a successful future.

“There are definitely people that are irreplaceable; everyone brings something new to the team,” Ely said. “It’s taking what we’ve learned from them in the past and trying to move forward.”

A majority of the scullers are also on the crew team, and many of them come to the squad with little or no sculling experience. Ely said the sculling season is really a time for many of the upperclassmen to improve their technique because it takes more coordination than being on a normal crew boat. 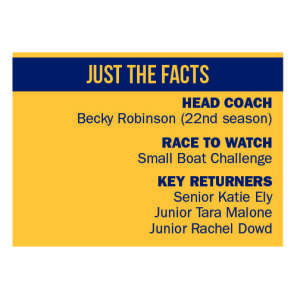 “They are smaller boats, and you get the more one-on-one coaching opportunity, which I really like, and the whole team really benefits from that, so I think everyone that joins the sculling team is looking to improve their technique,” Ely said.

Junior sculler Tara Malone, who is also on the women’s crew team, said the team is looking to find more people who have previous experience with sculling. In the past, the squad has had to rely on teaching members from scratch, which she said is time–consuming.

Robinson said the team did well this past season when it came to its regattas. The Blue and Gold participated in a total of four races last season, and Robinson said much of last year’s success depended on experience.

Malone said the returners on the team have been training during the summer, both together and individually, in order to get ready for the upcoming season.

“We generally do time trials. We’ll each individually go out in a single and be given a distance we have to race, and we’ll all go at different times, and they’ll compare the times, and that’ll sort of help figure out where everybody is,” Malone said. “We’ll do some erg training, but we mostly try and stay on the water as much as we can.”

Ely said the seniors on the team put together their own senior workouts, so the individuals could stay in shape during the summer. Senior Emily Morley decided to put a twist on the workouts as well.

“At any point when you were working out during the summer, you could send Emily a picture, and she would post it on Instagram — just to keep everyone connected — because it’s so hard to work out by yourself, but if your team is there for you no matter where we are during the summer, it’s nice … to stay connected,” Ely said.

Robinson said there has not been a definite team to beat, but there is one thing she said she looks forward to in the last race of the season.

“Our coxed quad will be there in the championship regatta,” Robinson said.

Although the roster has not yet been released, the team looks to fill a 12–18 varsity roster for the 2015 season. Ely said the team is ready to get the season started on the right note.

“When you’re in a boat with just one other person — or at most you’re with three other people —  you get to know their rowing styles; you get to know their strengths and weaknesses just as well as your own,” Ely said. “I know we’re all just putting our best foot forward and really working hard. I have no doubt in my mind that we are going to rise to the challenges.”