Sculling team rowing together again for a title 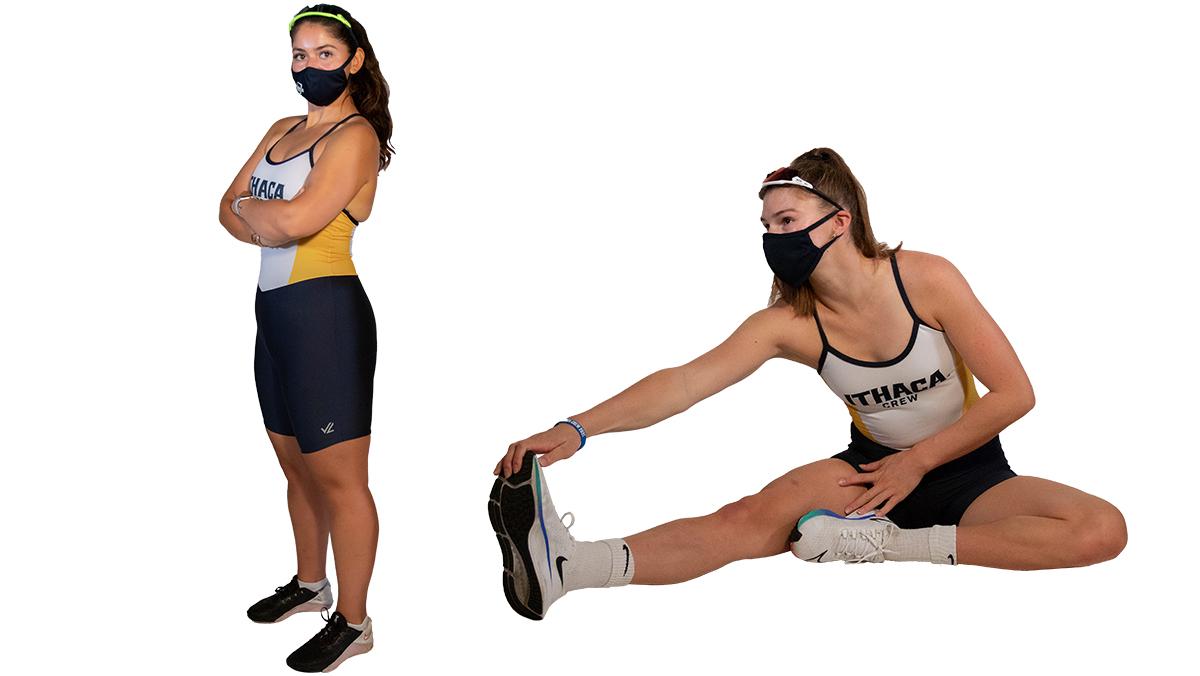 Normally, the Ithaca College sculling team would prepare for its season by rowing as a team in the waters. However, because of COVID-19 restrictions on athletic practices, the squad had to get creative when preparing for this upcoming season.

Primary sculling coach Beth Greene said many of the team members were forced to adapt their training regimen to stay ready to compete.

“Last fall no one was here, so people were finding clubs at home or just training with different modes,” Greene said. “Other members had also resorted to using equipment such as rowing machines as a form of alternative training.”

The cancelation of the 2020 season prevented many members of the sculling team from working on their craft last fall. Greene said the team’s primary focus for the upcoming season is to improve their abilities in small boats because of its lack of practice in its previous season.

“People who would have been developing last year during the fall in small boats did not have that opportunity,” Greene said. “For us, it’s a little bit of rebuilding, getting people up to speed and used to being in small boats again. That’s the main goal, getting people functional, comfortable and competitive.”

The Bombers had success in small boats during the 2019 season, logging impressive times in the Small Boat Challenge on Mercer Lake. Graduate student captain Allison Arndt notched a third place finish in the Women’s Collegiate 1x, by posting a 9:42.190 time. Senior captain Izzy Ozkurt finished seventh in the race, posting a 10:30.380 time. The team also recorded two first-place finishes at the event.

Ozkurt said it is important for the team to have a close bond. She said the group will look to develop team chemistry, particularly because they were previously unable to practice as a full team.

“My goal for this season is to build a very tight-knit rowing team, because last year we were all very separated due to COVID,” Ozkurt said. “We all couldn’t practice at the same time.”

While the Bombers were unable to train last season, other schools allowed their athletes to train together in both the fall and spring, Arndt said. She said she believes with proper training, the Bombers will prevail.

“This year we’re already ready because we’re coming back with a fire, we’re ready to go,” Arndt said. “So I don’t really see any problems. We’re only going to get faster this year.”

While the 2020 sculling season was canceled, several athletes on the team were able to compete on the women’s rowing squad during the spring semester. The group posted an impressive performance last season, finishing third in the NCAA Championship. Arndt said the winning high of the last season is the fuel that — coupled with regular practices and the ambition of the team — can lead them to victory.

Potential rival teams that the Bombers may need to watch out for this season include the teams from Rochester Institute of Technology and University of Massachusetts Amherst, Greene said.

Ozkurt said while it takes a team effort to be successful in sculling, she is looking forward to what the team’s new athletes will bring to the table this season.

The team regularly relies on recruiting new athletes, since the sport does not require previous experience, Greene said. She added that most crew members are often freshman recruits with no history of rowing and she is looking forward to seeing fresh new faces on board.

“This is one of the few sports that you can start in college and still end up excellent,” Greene said.

Ozkurt said she believes that many students would have the ability to succeed and enjoy participating in the sport.

“If you want to try rowing, just do it,” Ozkurt said. “Honestly, I believe that most people who try it really do end up liking it, so just put yourself out there, and try something new.”

This season, the college will look to add new members to its roster. Arndt said she believes the team’s training and success from the 2021 women’s rowing season can help propel the team to solid efforts on race days.

“We just want to continue to build off the hard work that we put in last year,” Arndt said. “[And continue] to bring new people into the team and really start integrating and making those deeper connections, so that we can just push forward in the fall.”

The Bombers sculling team will return to action Sept. 26 in the Cayuga Sprints at Cayuga Inlet.