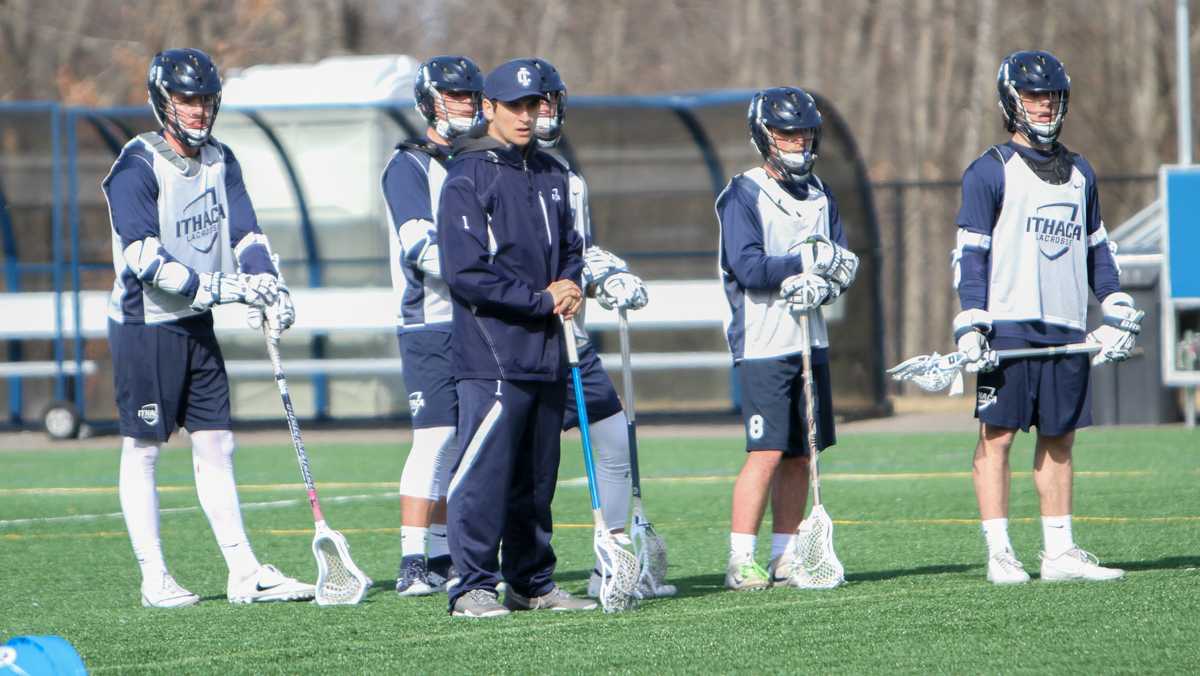 It’s the last news any athlete wants to be told. The sport they have devoted their entire life to is being taken away from them due to an injury.

Senior Dave Drozjock, a member of the Ithaca College men’s lacrosse team, sustained two concussions before his junior year, which were the fifth and sixth of his life. The injuries abruptly ended his collegiate lacrosse career. The previous four concussions that Drozjock accumulated before were from playing high school football.

Head coach Jeff Long said that the decision for Drozjock to stop playing lacrosse was for Drozjock’s health.

“It was more of a quality of life decision,” Long said. “The decision was made because it was more about what he’s going to be like when he’s 40, because he was really disappointed and wanted to keep playing, but you have to think of the future a little bit.”

Long offered to keep Drozjock on the roster during the 2017 season to have him work with the younger players on the team. Before the 2018 season, he offered Drozjock the opportunity to join his coaching staff as a student assistant coach.

“Lacrosse has been a huge part of my life for so long,” Drozjock said. “When coach offered me the student assistant job, I jumped on it immediately.”

Long said he knew Drozjock would be able to positively impact the team as a coach.

“He was a great player,” Long said. “He’s a coach’s dream because he’s a good listener, has a high lacrosse IQ and his dad is a coach, so he has it in his DNA. I didn’t want to completely cut the cord with the kid, so I asked him to help out.”

Before coming to the college, Drozjock attended Montclair State University for his freshman year. During his single season suiting up for the Bombers, Drozjock played in 16 of the team’s 22 games and started five times. He finished the season with 13 goals and seven assists, including a four-goal performance in a 17–4 win over SUNY Oneonta on March 23, 2016.

Drozjock, who played midfield for the Bombers but was recruited out of high school as a faceoff specialist, spends most of his time as a coach working with the players who take faceoffs. Specifically, Steven Landspurg, who has taken 292 of the team’s 371 faceoffs this season.

Landspurg said Drozjock is the first coach the staff has had who focuses on faceoffs, which has helped him greatly.

“He brings a great dynamic to the coaching staff,” Landspurg said. “He’s brought an emphasis to the faceoff position that we’ve never had before. He ensures that I have sound mechanics and provides insight from the sideline for faceoffs during games that I can’t see.”

Drozjock said that making the transition from player to coach was somewhat uncomfortable at first for him and the upperclassmen on the team because of the relationships they developed as teammates.

“These are my best friends,” Drozjock said. “We’re all the same age, which made it weird at first. The younger guys took it and ran with it. I can definitely coach them, and they’ll listen to me. But as far the seniors go, they’re still my best friends, so it has been interesting.”

Long said Drozjock has done a good job finding the balance between being friends with the players and being their coach.

“Being a coach from 4 to 6 every day is a really hard thing to ask anybody to do,” Long said. “His maturity level is off the charts, so he’s been able to draw that line between being their buddy on Saturday night but still coaching Monday through Saturday.”

Drozjock said his experience coaching has made him realize that he wants to pursue coaching as a career.

“I’m a business student with a concentration in marketing, and I’ve had a few internships in the business world which helped me realize working a nine to five in a cube is not for me,” Drozjock said. “Just being on the field, coaching these guys and doing what I love is something that I want to continue as a career.”