Tennis picks up tenth win of season with win over Utica 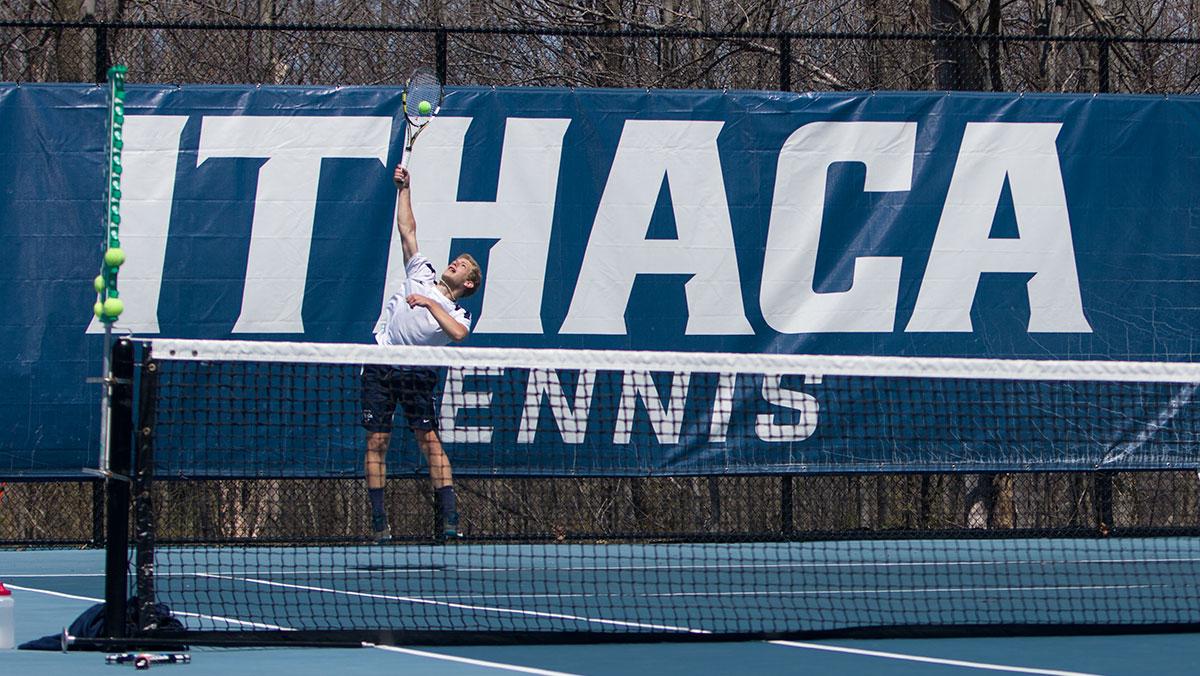 The Ithaca College men’s tennis team extended its winning streak to six after defeating Utica College 8–1 on April 24 for its 10th win of the season.

Several lineup changes were made for the game, allowing certain players to get more match time this season. Freshman Stefan Lazarevic stepped up in first singles, defeating junior Kevin Vo 6–1, 6–3.

Lazarevic said there there was an adjustment period in his first match in first singles.

“I normally play lower, so I could definitely see the change in skill with these matches,” Lazarevic said. “I was able to get the W though, so I’d say it was a good day.”

Lazarevic would team up with junior Charlie Vaca in first doubles, where the Bombers were tested. Vo and fellow Pioneer senior Raphael Warnon played hard and took Lazarevic and Vaca to deuce several times. The Bombers however, would prevail in those deuce points and would win the match 8–4.

“You have to trust it; your game, your partner, everything,” Vaca said. “You know you’re doing everything right so you just have to keep doing that and eventually our opponent broke down and we were able to win it.”

Vaca would stay consistent into his second singles match where he played Warnon again, defeating him 6–1, 6–4.

Sharpe and Siddartha would also pick up two wins for the Bombers. Siddartha provided the only sweep of the day, dispatching Nigolian 6–0, 6–0 in fourth singles and Sharpe took care of Guebara in sixth singles 6–0, 6–1.

Sophomore Ricardo Palau stepped in at fifth singles to take down Litvak 6–2, 6–0.

The South Hill squad will look to ride their momentum into its next match where they clash with the Elmira Soaring Eagles at noon April 30 at the Wheeler Tennis Courts.