Track and Field competes at the Bomber Invitational 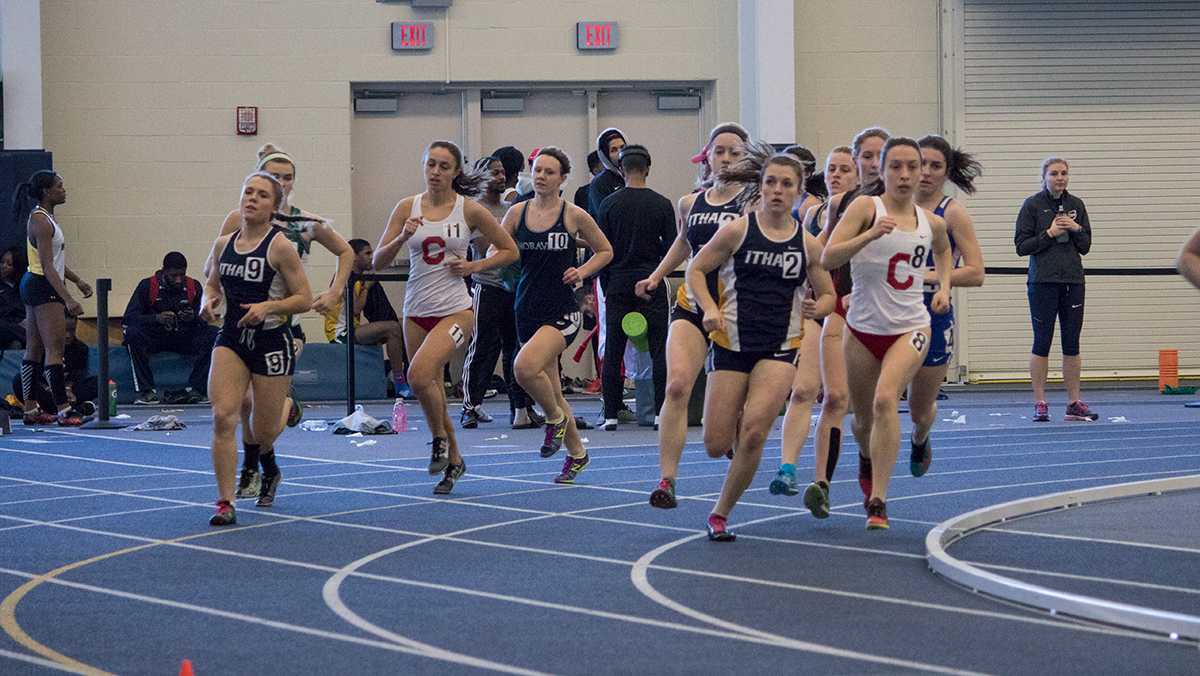 The Ithaca College track and field teams competed in the annual Bomber Invitational Feb. 4 and 5 in the Athletics and Events Center.

“We got a lot of great performances across the board,” Potter said. “That’s what we were looking for in the quality of the meet. We also had a lot of qualifiers for postseason so we’re definitely heading in the right direction.”

The event was highlighted by senior Katherine Pitman’s win in the women’s pole vault, where she set a Division III indoor record with a height of 4.22 meters. Pitman broke Ramapo College’s Michelle Favre’s record of 4.21 meters set at the 2013 ECAC Championships.

In the women’s mile, sophomore Emilie Mertz came in second with a time of 5:13.16. Sophomore Britney Swarthout finished fourth with a time of 1:21.24, and freshman Lindsey Castle earned 12th place at 1:24.04 in the 500 meter dash.

Smith also won the women’s shot put with a 13.77 meter throw, breaking the facility record of 13.72 meters, which she set in December. Senior Francesca Boylan came in sixth place at 11.69 meters and freshman Kendall Wellauer placed eighth with a 11.42 meter throw.

Senior Larry Cass took home second place for the Bombers with a distance of 15.63 meters in the men’s 35-pound toss. Cass also finished 18th in the shot put at 12.85 meters. Bombers senior Jesse Capellaro came in third in the men’s 3000 meter run with a time of 8:55.33, trailed by junior Tim Chappell who clocked in fifth with a time of 9:01.35.

In the men’s 4×400 relays, the team of freshman Dan Harden-Marshall, junior Gerardo Munoz-Celada, freshman Rob Greenwald, and sophomore Daniel Hart finished fourth with a time of 3:26.91.

The track and field teams will compete in the Empire 8 Championships at 10 a.m. Feb. 11 in Utica, New York.

Track and Field teams compete at two meets over the weekend