Track and field contends against Division I schools 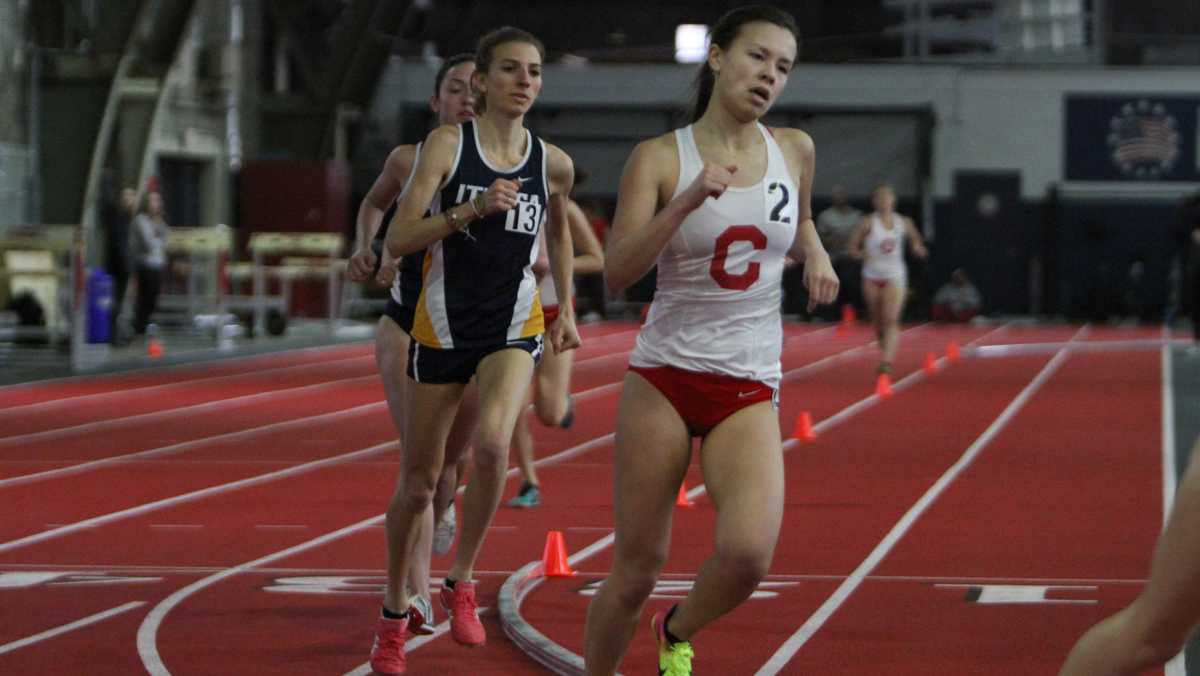 Most Division III schools never have the chance to compete against a Division I school in any sport. However, the Ithaca College track and field teams are facing off against Division I Cornell University in three different invitationals at Cornell throughout their season.

Artie Smith, head coach of the Cornell women’s track and field team, said that both schools’ being in Ithaca provides a great neighborly relationship, regardless of the different divisions. Cornell invites primarily Division I schools to its Upstate Challenge Invitational. However, Smith said he makes exceptions and invites Ithaca College and SUNY Cortland to the invitational.

“Ithaca is wonderful to compete against as a facility and as a team,” Smith said. “They bring so much to each competition because they always bring a full roster that covers all events. This provides athletes for our younger, developing athletes to go against, but they also have really top-level athletes who have won national championships, which adds a lot to the competition.”

Smith said that he sends an email to coaches across the country to let them know about any upcoming Cornell invitationals and that anyone who receives an email is eligible to attend.

Jennifer Potter, the head coach for the Ithaca College women’s track and field team, said she values attending Cornell invitationals because of the great competition Cornell provides for the athletes.

“Cornell has a great facility, and they have good, strong competition,” Potter said. “Some of our athletes have the chance to compete at nationals, and competing against Cornell gives them a good sense of the type of competition they will see at nationals.”

The neighborly relationship extends past the meets. Smith said that in years past, when Cornell’s indoor track was under construction, the college allowed Cornell’s athletes to practice in the Athletics and Events Center. Smith said the two teams have also shared a bus when both teams were attending the same cross-country meets.

Sophomore sprinter Evan Jones said competing against Division I schools can be a refreshing change of pace for any athlete.

“Running against Division I talent is good for pushing you to run a little faster,” Jones said. “There are Division III runners who are just as good as Division I runners and some who aren’t, so I think to mix up the competition is good.”

Senior distance runner Christina Rucinski said running against Division I schools is beneficial because of the level of the athletes on the college team.

“Competing against D-I schools provides great competition because I think a lot of the girls on our team are up there with D-I athletes,” Rucinski said. “It pushes us past our limits, and we can set higher goals.”

Facing off against Cornell provides athletes an extra opportunity to get their best times in. Meets against Cornell are normally nonscoring events because of the varying skill levels at invitationals. When a meet is nonscoring, athletes do not get points for finishing in first place. Instead, they just have the time of their race, which is used to help them get to nationals.

Jones said beating any Cornell runner in an event can bring the team satisfaction.

“As an individual, when you look at rankings afterward, you’re like, ‘Oh look, I beat some guys from Division I,’” Jones said. “Usually the runners are of higher skill-level than the Division III runners, so to feel like you beat someone who is supposed to be better than you — it’s a good feeling.”

During the Cornell Robert J. Kane Invitational on Jan. 27, the college competed strongly against Cornell. Sophomore Alexandria Rheaume won the 200-meter dash while beating Cornell freshman Kellian Kelly, who finished in second place. Seniors Taryn Cordani and Denise Ibarra, who finished first and fourth in the 3,000-meter run, had better times than any Cornell runner in the event. Senior pole-vaulter Katherine Pitman took home the gold and finished ahead of Cornell sophomore Claire Kao, beating her by .7 meters.

“The competition from them is great,” McLaughlin said. “Whenever we have a meet against them, it is exciting because they always have athletes who are competing with us no matter what the event is on the track or throws. It is great that they are so close to us, and seeing familiar faces each weekend is definitely a bonus.”