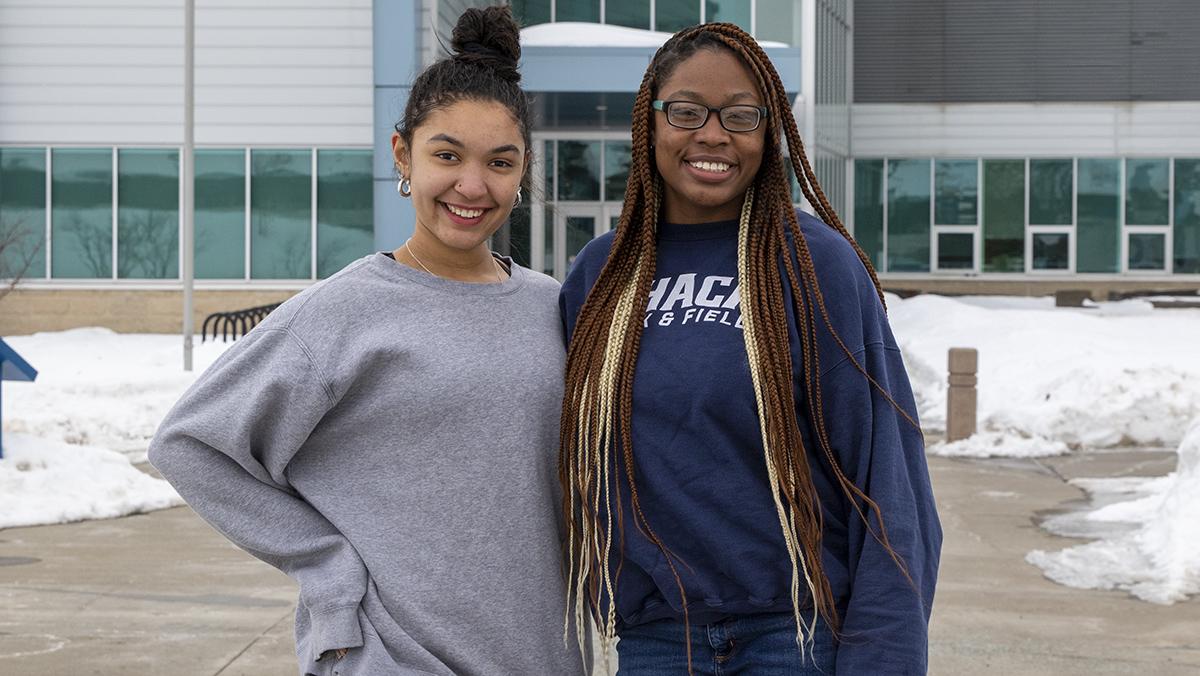 Two Ithaca College students attended the 2022 NCAA convention in Indianapolis, Indiana, and participated in the NCAA Division III Student Immersion Program, making them the first students from the college to attend the event since it began in 2015.

The convention, which took place from Jan. 19 to 22, aims to increase diversity in Division III athletics by creating a skilled and accomplished group of ethnic minority student-athletes who are interested in coaching and administration. Senior track and field runner Katelyn Hutchison, and freshman softball player Dylan Delaney, who are both women of color, represented the college at the event. The athletes had the opportunity to make connections, learn about personal branding and be present at discussions about key issues in college athletics.

Before attending the conference, the students were nominated to apply to the convention by Erienne Roberts, associate director of intercollegiate athletics and senior women’s administrator, and Ellen Staurowsky, professor in the Department of Media Arts, Sciences and Studies at the college.

“[The nomination process] was really easy and seamless,” Roberts said. “Ellen and I collaborate on a lot of different leadership programs for students, especially those that are interested in athletics as a career in some capacity. So it was more of just a conversation between her and I, who we felt was really excelling in the classroom.”

Jennifer Potter, women’s track and field head coach, said she encouraged Hutchison to attend because it would provide her with a unique opportunity to connect with different people in college athletics.

“I think not only is it super educational, but the contacts that you make, the people that you meet, it’s usually all sports and all levels,” Potter said. “The ability to interact with all levels and sports makes it really a neat and unique opportunity.”

Staurowsky said the choice to nominate both students came from her belief that both students would not only benefit from the experience of attending the conference, but that both would serve as good representatives of the college.

“At a professional event like an NCAA convention, I was very confident in both of them that they were going to be outstanding ambassadors for Ithaca College, for our athletic department and for our sports media major,” Staurowsky said. “So to have an abundance of talented students who inspire such confidence, I think we’re really fortunate to have the caliber of students that we have in our program.”

Once the students arrived at the convention, their days became filled with meetings and lectures on how to grow their image. Delaney said one of the major themes she picked up on was the importance of creating a brand centered around the person. Hutchison said her experience at the convention included being present at debates over the NCAA and its proposed new constitution.

“The NCAA just voted on a new constitution, and I was literally in the room while that was going on,” Hutchison said. “Everyone who spoke on the mic was saying ‘No, don’t vote for it.’ But then when the voting was over, you looked up on the screen and it said, I think 80% of the people voted yes for the new constitution. So to kind of be in that atmosphere and that dynamic was really crazy.”

Hutchison did not participate in the voting process, but members of the Student-Athlete Advisory Committee were involved in making this decision.

While both athletes had different experiences in terms of specific events, the omnipresent topic throughout the convention was that of making connections with other people both attending the convention and helping to run it.

“We had networking and business sessions with all these administrators from all these different schools, and a majority of the kids were seniors and juniors,” Delaney said. “I learned a lot from them just being there for that short amount of time.”

By the time that the convention had ended, the opportunity it had provided helped both students in figuring out their next steps after returning to the college. Hutchison said it gave her a better idea of what she wants to do when she graduates this spring.

“I want to be the person at conventions that encourages athletes to go as far as they want with their athletic and academic career,” Hutchison said. “I’ve seen what it’s been like when people actually put time and effort into athletes who don’t seem like they’re going to do good in the future, but if you actually give them time and effort and put faith in them, then they become those athletes who were good out the gate.”