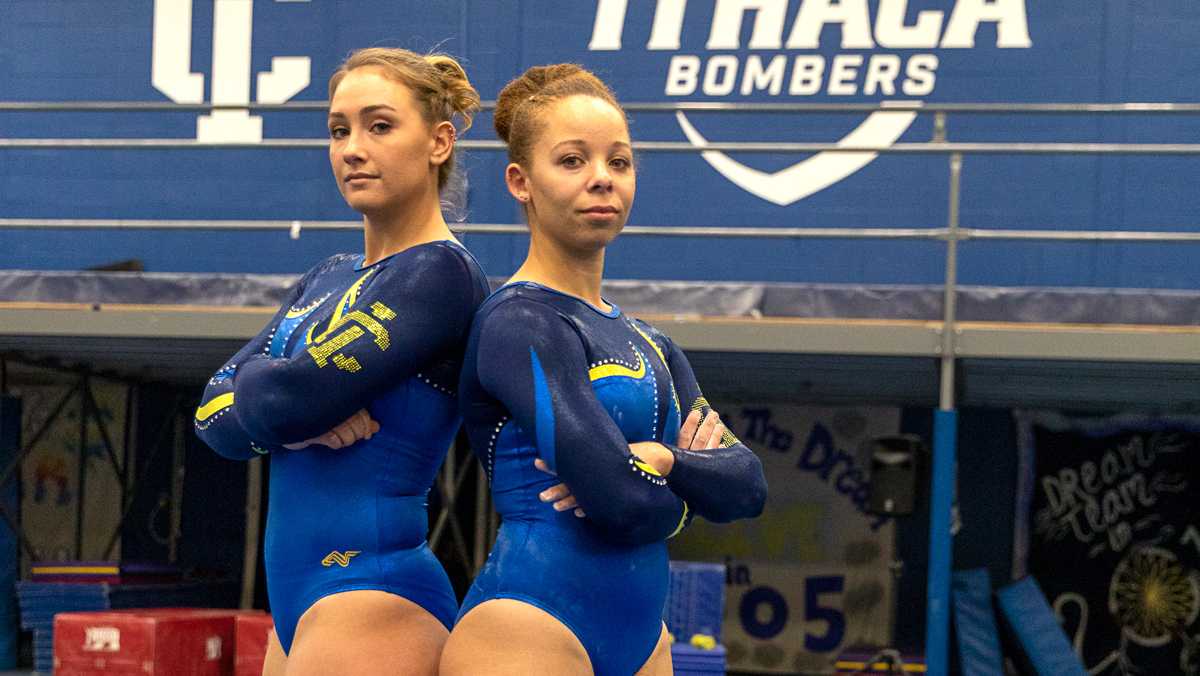 This winter, the Ithaca College gymnastics team will gear up for another competitive season. With Rick Suddaby heading into his 34th year as head coach and 18 athletes returning to the team, the team could be poised to take the National Collegiate Gymnastics Association East by storm.

Though the team blossomed in the postseason, the South Hill squad ended up placing last at the 2018 NCGA National Team Championships later that month at Springfield College. This was the Bombers’ first time in the NCGA National Team Championships since 2014, and the more experienced competition was too much for the South Hill squad to compete with.

In the event’s individual finals, the Blue and Gold had eight different qualifiers in all four events. Senior Carolyn Nichols was the only player to qualify for two events, in both vault and floor. Nichols tied for third on floor with a score of 9.850, earning her the All-American distinction.

With her performance, Nichols became the 22nd All-American gymnast on floor in Ithaca College history. Along with her All-American honor in vault during the 2017 season, Nichols was the first gymnast in two years to win All-American distinctions in two different events.

Senior Rachel Lee is a returning All-American on beam, after earning the recognition her freshman year.

Suddaby said the team is packed with talent this year, especially from seniors like Lee, Nichols and Gery.

“You can look at almost anyone in the senior class and see that they’re going to be very competitive,” Suddaby said.

Suddaby said the 2018 season was one to remember. The South Hill squad broke or tied multiple school records throughout the season. Nichols set a college–record score three different times during the season on vault, while Gery broke the college’s record on floor with a 9.800 and equaled that little over a week later. Junior Paige Landes tied the college’s record twice on balance beam with a 9.800.

The team has seven newcomers hailing from Pennsylvania to Massachusetts to Indiana to Florida. The freshman class comprises six all-around competitors, including Julia O’Sullivan and Katelyn Sarkovics, and one specialist in vault, beam and floor — Amelia Bailey.

“The freshmen are really, really talented and motivated this year,” said Nichols. “They have been cranking out some really good stuff in practice, and I know they’re going to transition really well into competition.”

Even before the season has started, the team has already made improvements, according to Gery.

“Bars was definitely one of our weaker events last season,” Gery said. “But just by looking at our practices, I can tell that our bar squad is going to be really strong.”

Suddaby compared the strength and dedication of this season’s team to the program’s 1998 National Champions.

“We have more talent, more vision, more unity than we’ve ever had,” Suddaby said. “Ever.”

The team goal, Suddaby said, is to perform even better and be contenders for the national title.

“After not performing well at the national tournament, the goal is to fix that so we can compete competitively at the highest level possible,” Suddaby said. “We want to be one of those top teams in the country.”

As for the players’ goals for this season, they’re personal.

“Our team is hungry,” Nichols said. “We know could have done a lot better at the end of the year than we did, so now we have unfinished business.”