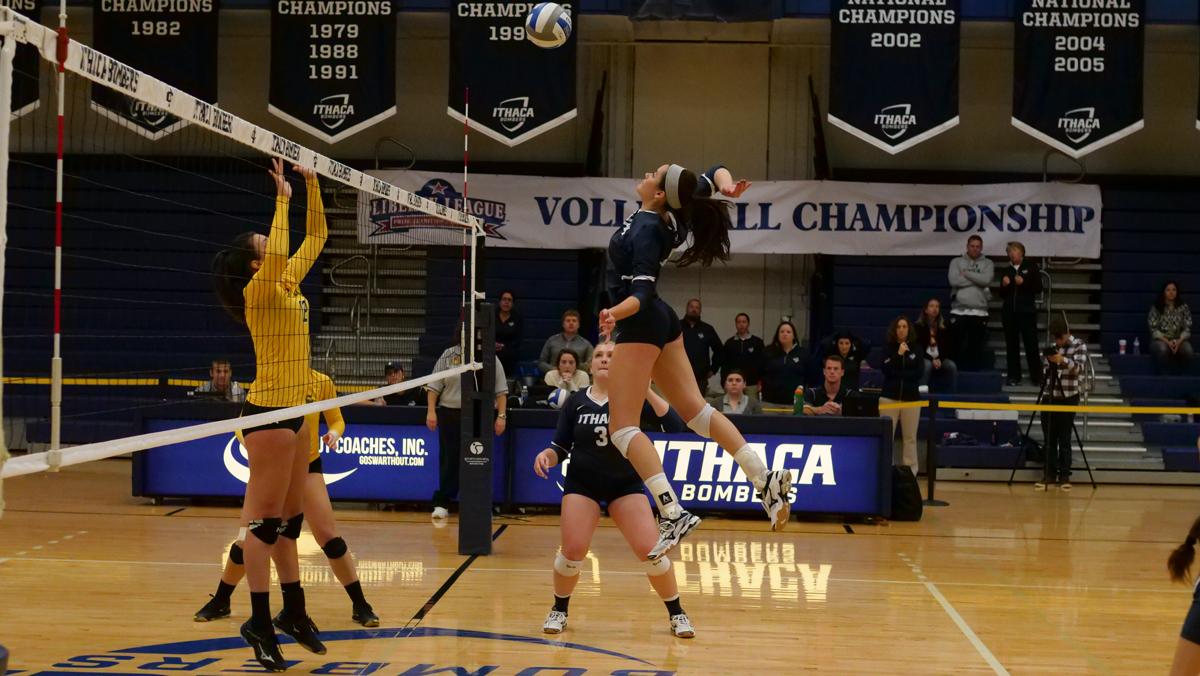 In the first set, the Bombers capitalized on an early 7–5 lead and never trailed again in the set. The Golden Knights refused to accept defeat and attempted to get back into the set. Leading 22–17, freshman outside hitter Reagan Stone slammed off the block out of bounds, which proved to be the deciding factor in the set as the Bombers took the first set 25–17.

Entering the third set with the crowd on their side, the Bombers looked to control a hot Clarkson offense. Unable to take control of the set early on, the Golden Knights tied with the Bombers with the score of 6–6.

At the halfway mark of the match, the Bomber’s led 13–12 thanks to a powerful block from Stone. Clarkson then went 4–0 to regain the lead 16–13. The Bombers fought their way back into the lead, leading 18–17, which forced Clarkson to call a timeout.

With the score 20–18, senior outside hitter Joelle Goldstein rocketed a ball into the block with the refs calling the ball out. With that, Ithaca took control of the third set winning 25–20 and leading the match 2–1.

Facing elimination, the Golden Knights knew that they had to win the set. The fourth set mirrored the first and third as the score remained close with the score all tied up at six. The Bombers then jumped out to an 11–8 lead. Clarkson was able to squash that lead and managed to jump ahead 13–12. The Golden Knights built upon the lead, forcing Dulfer to use a timeout. The Bomber’s lost the fourth set 25–18, forcing a deciding fifth set.

The Bombers now await a possible bid to the NCAA tournament. If the Blue and Gold qualify, they will play Nov. 10-12.